The Hand Of God

If you are of a certain age and have even a passing interest in football, you will remember where you were at 18:51 UTC on 22 June 1986, when a cheeky wee manouvre by Diego Armando Maradona changed the course of one of the hardest-fought World Cups in history. It was a moment seen very differently in different parts of the world, but one place where cheering could be heard on every street was Naples, where the Argentinian superstar was based at the time. There, Maradona was already seen as godlike – and like a god, his actions sometimes had dramatic effects on the lives of ordinary people who probably never crossed his mind. it’s such a life – or collection of intersecting lives – on which Paolo Sorrentino bases his ninth major feature film.

A Neapolitan native himself, Sorrentino has packed a fair bit of autobiographical material into the story, whose central character, teenager Fabietto (Filippo Scotti), is on his way to pursuing a career in film. Although the most significant event is a tragic one, the tone is generally upbeat as we are immersed in the boy’s family life, and whilst reasonable criticism has been levelled to the effect that this is the stuff of soap opera, it’s elevated by an impressive cast. Toni Servillo is there, of course, and it’s interesting to see him in a supporting role (as the boy’s father), shining as always but careful to make room for his co-stars. Teresa Saponangelo works equally well as the mother, fond of pulling practical jokes but tinged with sadness, alert to the fact that one way or another, she will soon be parted from her boys.

Beyond this central group, the characters are less well developed, so that the high quality of the acting is not always enough. Luisa Ranieri is particularly ill-served as the troubled aunt who is the object of Fabietto and his brother’s sexual fantasies, the sadness and mental struggle which she evinces too often getting lost in scenes which are primarily about objectification. Whilst there is a hint of intended tragedy about this, its sits awkwardly in a context where (pranks aside) male characters are the only ones portrayed as having agency, with women spending their whole lives in their service.

From a visual perspective, there are some truly beautiful scenes here – moments when you won’t want the camera to move on – and others where information is cleverly layered. A late night trip across the sea in the company of a smuggler has an enchanting magical realist quality, as does a sojourn in a crumbling palace with local legend the Little Monk, but this superior work is spread too thinly across the whole, which could easily stand to lose 20 or 30 minutes. A continually shifting style, with moments of brilliance and other scenes which feel structurally derivative, threatens to overwhelm the story. Its ebb and flow doesn’t match the emotional beats in the narrative. Perhaps it’s a consequence of that particular narrative, but this feels like the work of a much younger director, still not fully confident in his craft.

Autobiographical works always face an increased risk of collapsing into self indulgence. The Hand Of God frequently teeters on the brink. When Maradona comes dribbling down the field in the run-up to that second goal, the one widely acclaimed Goal of the Century (“And all with his feet this time!”), it’s a reminder that genius can go hand in hand with other, more difficult traits; that it can breed a sense of entitlement which makes it difficult to distinguish between God’s design and one’s own. This is a technically excellent, handsome film, but it feels inherently narcissistic. How you ultimately feel about it will depend on how willing you are to overlook its indiscretions. 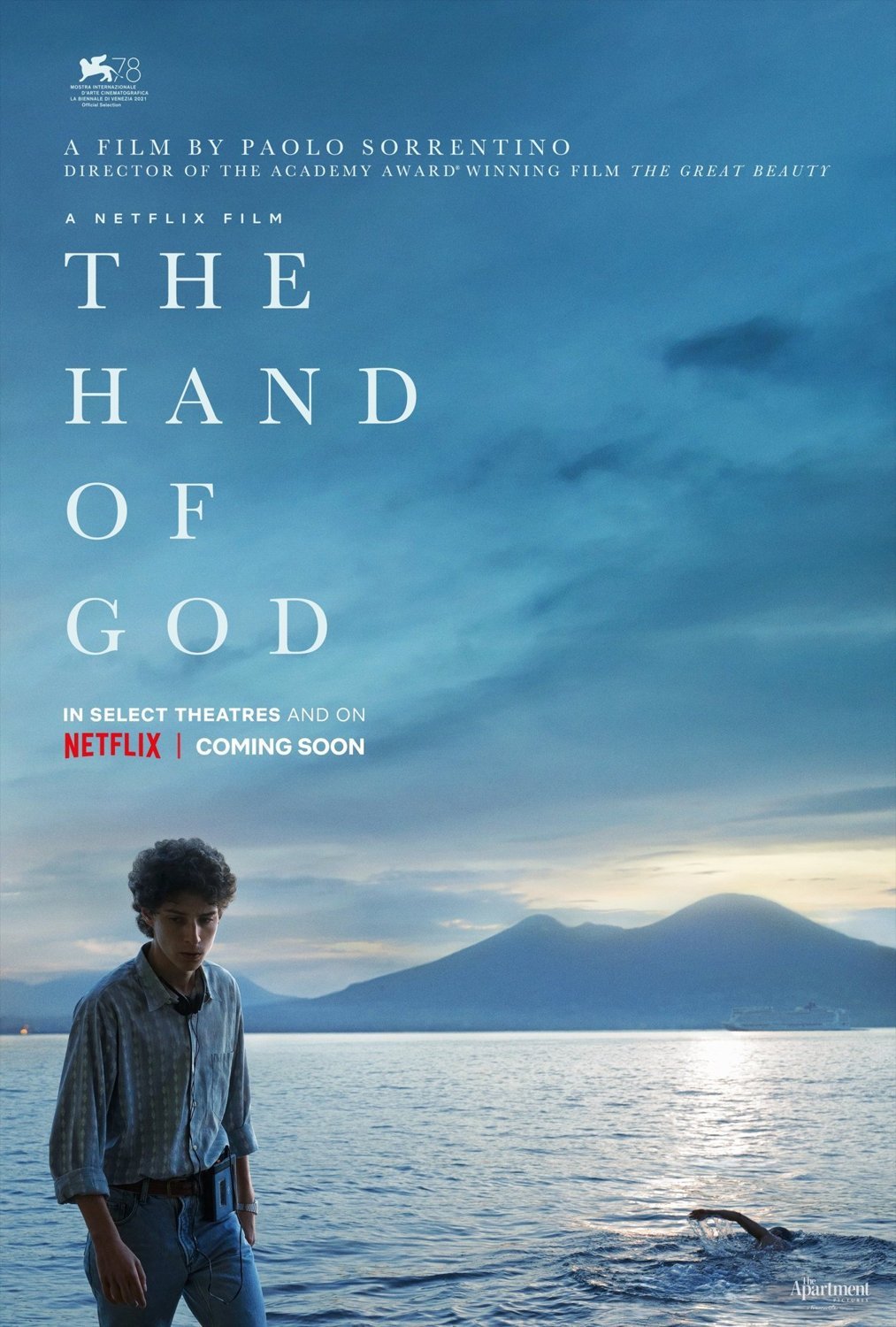 The story of a young man’s heartbreak, liberation and passion for football in Naples, Italy, in the Eighties.