The Grand Duke Of Corsica

Hinging on the relationship between a sought-after architect (Timothy Spall) and a dying billionaire (Peter Stormare), The Grand Duke Of Corsica (previously known by a longer title) is a curious confection which never attains the philosophical heights to which it aspires but which is nevertheless effective as a character study. Filmed in Malta in beautiful sunny locations, it has an airiness about it which suggests infinite possibility, yet never quite coalesces into something solid.

Stormare’s self-titled Duke – too wealthy for his pretensions to meet with serious challenge – is a man who has the whole world at his feet but only the faintest idea of who he, personally, is. Spall’s Rott, by comparison, is absolutely himself but struggles to find anything in the world which inspires him to make a connection. He’s at a point in his career where money is not of great consequence, so picks his commissions based on the personalities of the people behind them. When we first meet him he is in the process of alienating a committee looking to create a public building, by way of his insistence of making use of what might easily be interpreted as sexual imagery. This, like his earthy use of language, does not represent a fundamental crudeness so much as savvy business sense; he knows how to keep his deposit without being required to do any further work, just as he knows how to manipulate the well-to-do. The Duke, for all his languor and lack of purpose, is too smart for that, and as a consequence the two develop something like friendship.

It is only friendship that could persuade Rott to take on such a tedious project as a mausoleum – a project more about solidity and durability that creativity and magnificence. As he gets to work, however, he finds that that it becomes unexpectedly complex, leading him to stay in the area despite a malaria outbreak. It is this disease which troubles the Duke, though he seems to do little about it. It is as if he has bound himself to the fate of the island as a whole. Rather than fearing the moment of death, he fears its consequences: becoming nothing, all of his accomplishments (which seem to consist mostly of imitating what he imagines it is that powerful people do) lost in time. The existence of death has robbed him of any real interest in living; only his testament in stone can matter.

Running alongside the main story is a sub-plot about the making of a film about St Francis of Assisi, in which Rott will find inspiration despite its heavily signposted shortcomings. The actor starring in this film expresses his misgivings about it. Perhaps he’s alert to the awkwardness of a scene in which the saint lays hands on a woman with leprosy, her ailment apparently giving him licence to touch and even kiss her without permission. Throughout the film, female characters – paid and otherwise – make themselves available to men as if they have no expectation that they might exercise will of their own. Though they are plainly intelligent, most command neither wealth nor creative agency. The resulting social landscape feels as old fashioned as the notion of dukedom and corresponds fittingly to the general atmosphere of displacement and decay. This milieu, and even the structure of the film, feel like artificial constructs stacked up to resist the inevitable encroachment of time, disease and death.

Much has been made of the film’s similarities to Peter Greenaway’s The Belly Of An Architect, and indeed these are striking, yet whilst director Daniel Graham captures a similar sense of intellectual distance and an emotional environment as chilly as marble, his work lacks the visual sensibility which made that film so beguiling. Despite focusing on architecture, Graham doesn’t really seem to connect with it. The structural beauty we see is all rather old hat, splendid yet too familiar. A couple of sketches and some dodgy CGI aside, we don’t get much sense of who Rott is as a creator. This is more to be pitied because, as always, Spall commits himself fully to the role and every other aspect of the character is powerfully drawn.

Rather than address this gap or seek to substantiate the character of the Duke, the film wastes a lot of time on intellectual pomposity, presenting us with conversations where depth is implied through the use of long words but there’s no substance behind them. It uses sexuality in a similar manner, assuming that viewers will be impressed by scenes which are all show (none of it really very daring) but lack any real erotic charge. As a consequence, large stretches of the film feel empty, and one is left twiddling one’s thumbs waiting for it to get back to the good stuff.

This is only Graham’s second feature and it’s ambitious on a level which he just doesn’t seem ready for. One suspects that he’l look back on it in a decade or two and see the problems plainly. Where it is good, it is very good, but in aiming to build structures of this type, Graham first needs to learn how to lay down a solid foundation. 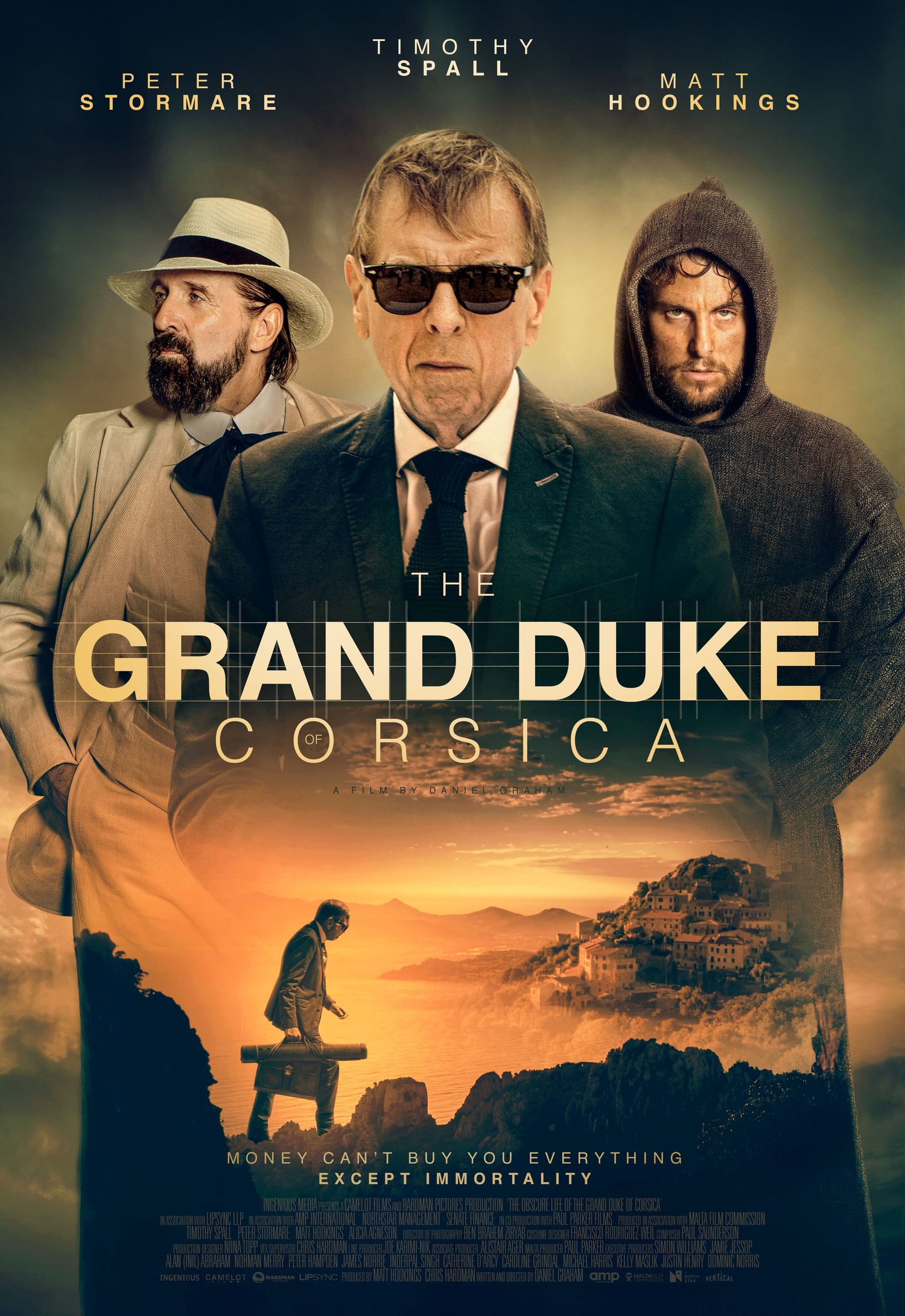 A celebrated architect is commissioned by a dying billionaire to build a mausoleum.