The physicality and fluidity of adolesence are brought to the fore by Anna Rose Holmer in her tightly directed debut feature that avoids the bear traps of American coming-of-age cliche to offer a classy, thoughtful character study. Her open approach to the emotions and transitions of childhood recalls the work of Celine Sciamma and suggests her Biennale College film is just the start of a long career.

In The Fits, an inner search for identity is matched by outward exertion, with the whispered sound of effort emphasised from the very first frames of the film, as African-American kid Toni (Royalty Hightower) practises her sit-ups and pull-ups in the boxing gym. Her concentration is complete, whether she's sparring with her brother Jermaine (Da'Sean Minor), stripping her tape off at the end of the session or peering through the window of another hall in the school where the all-girl dance team The Lionnesses practise their moves. Holmer draws two worlds that are very gender specific - one where the boys hang out over pizza and attempt the one-upmanship of boxing, the other inhabited by the girls, just as physical but where the emphasis is firmly on acting together. Interestingly, she avoids the spectre of sex, focusing on gender issues on an individual basis as opposed to the interaction between the boys and girls.

"Stop thinking like an individual and start thinking like a team," instructs the drill coach but what marks out Toni's story is that this is less about the way that a team might accept her, than about her deciding in what way she fits in. She isn't ostracised, but on the fringes, her usual 'uniform' of a grey hoodie more reminiscent of the boys than the more sequined aspirations of the girls. Even the little girl Beezy (Alexis Neblett), with whom she strikes up a friendship, takes one look at her arms and brands her with the masculine nickname "Guns".

When first one girl and then more succumb to "the fits" of the title, the emphasis for the youngsters is less on the fear of what is happening than a desire to remain one of the pack - a situation that puts pressure on Toni's shifting sense of self. This is a subtle exploration and Holmer doesn't push our nose in the triggers of this possible psychogenic illness, leaving it open to interpretation but suggesting that peer pressure - and the pressure we put on ourselves as we hit adolescence - is often as much to do with inner emotional issues than with more cliched ideas of 'acting out' or doing bad things.

Holmer is fascinated by the way her characters carry themselves to the extent that she teamed up with movement consultant Celia Rowlson-Hall to work on each move - from the bob and weave as Toni dodges a glove or the screaming sugar-rush mania of girls hurtling down a corridor like a white-water river of excitement. The result is that dialogue is firmly kept to a minimum, with the way that Toni and the others act within their environment as telling about their emotions as what comes out of their mouths. Even an act of ear-piercing is endured with a quiet stoicism rather than a flurry of questions.

Holmer and her cinematographer Paul Yee, like Toni, keep their focus, often placing Toni in settings that offer elegant symmetry but keep her enclosed and making a fantasy sequence seem like a natural and comfortably open-ended development. Even the scoring by Danny Bensi and Saunder Jurriaans - who continue to produce some of the most interesting and exotic compositions in modern indie film - underscores the physicality and exertion by employing hand claps and breathy, often discordant woodwind. At the film's heart is Hightower - a non-professional (which could easily change), like all of the cast - who brings a hopeful and thoughtful energy to Toni, which suggests her character, like so many young girls, is capable of keeping in step while still moving to her own beat. 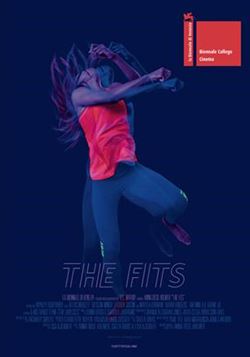 Portrait of a tomboy assimilating into a tight-knit dance troupe.

Noting the difference
Moving on up