The Eyes Of My Mother

Half a century after Polanski's landmark Repulsion, the past two years have proven to be an interesting period for arthouse portrayals of young woman descending into violent madness. The screeching monochrome of Mickey Keating's Darling has met the giallo hysteria of Luciano Onetti's Francesca and the understated but equally bleak disintegration of Harrison Atkins' Lace Crater. Portuguese-American fable The Eyes Of My Mother blends elements of all three. Its lush black and white visuals unfold around the story of a girl obsessed by death who finds herself walking a lonely course as external events shape her destiny.

The girl - played by Olivia Bond and later Kika Magalhaes in an almost seamless transition - is Francisca, growing up out in the countryside, able to engage with the world if she wants to but just as easily overlooked. Her mother is a farmer, formerly a doctor; we first meet them when she is teaching the child anatomy by dissecting the head of a cow. The only real difference between a cow's eye and a human eye, she explains, is that the cow's is bigger. Young Francisca understands the world in practical terms. When events steal her mother and her father slowly recedes, she has no guide through whom to discover the etiquette and moral niceties of human interaction.

The Eyes Of My Mother is melancholy and poetic, a picture of loneliness, its suffocated passions escaping only in the thundering vocals that accompany the closing credits. We meet Francisca three times, at pivotal moments in her life - the shattering of her childhood innocence, the discovery of her sexuality, the awakening of the desire to become a mother - yet her journey is a consistent one, each chapter unfolding with a sense of inevitability. The casual cruelty of the stranger who enters her household that first day, Will Brill's Charlie flush with youthful certainty that this is a man's world where women cannot take power, becomes as much an influence as her mother's studied kindness and her father's agonised disinterest. Lacking the standard social toolkit, she tries to make her way using the skills she has acquired working with animals.

Pesce's lingering static takes and decision to shoot in black and white have the effect of distancing the audience somewhat from the brutality in his tale, as Francisca is distanced, but there is no escaping the psychological horror of the events it depicts. The social transgression stemming from Francisca's assumption of traditionally male behaviours will also disturb some viewers, perhaps more than they might expect. Magalhaes is superb throughout and perfectly in sync with the childlike perspective on events that Pesce brings us. Her fluid movement (she's a former dancer) enhances the sense that she is living in an animal way - and that this is what humanity becomes when shorn of its civilised trappings. Her soulful eyes are those of a wild thing we might pity or even admire, but from which we would keep our distance. 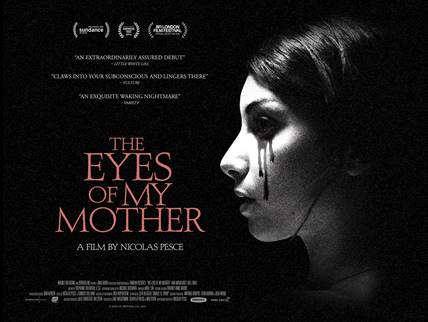 A young woman tries to work out how to live after emerging from a childhood scarred by brutal violence.