Eye For Film >> Movies >> The Coolest Guy Movie Ever: Return To The Scene Of The Great Escape (2018) Film Review

The Coolest Guy Movie Ever: Return To The Scene Of The Great Escape

One of the best war films ever? YouTube fodder for THAT Steve McQueen bike stunt? The ultimate post-Christmas pudding treat to indulge in on a full belly? The Great Escape, with its clutch of A-list stars, including James Garner, Charles Bronson and Richard Attenborough, is all of those things - and more. But as far as it being the coolest guy movie ever, that's a notion that should remain locked up.

Directed by Christopher Espenan, the intention of this documentary is to give a more technical view of this PoW breakout genre classic, taking viewers on a tour around the Bavarian countryside, where the majority of the film’s exteriors were shot. In short, he has brought to life the ‘location’ part of the movie’s Wikipedia page. While the filmmaker’s intentions are good, and there are some nice touches in this documentary – an elderly hotel owner gives us an anecdotal walk around the individual rooms the stars of the movie stayed in during filming, still brimming with excitement – the overall feel is that of a production you might find when flicking through the History Channel.

Coupled with an absence of real star power to bring to life the rolling hills and glimpses of stock footage contrasted with the locations as they are today, what you’re left with is talking heads from fringe members of the production teams and experts giving their analysis, which doesn’t exactly whisk you back to those halcyon days when helmer John Sturges and his motley crew of actors were in the trenches filming the picture. Hearts Of Darkness, this isn’t. 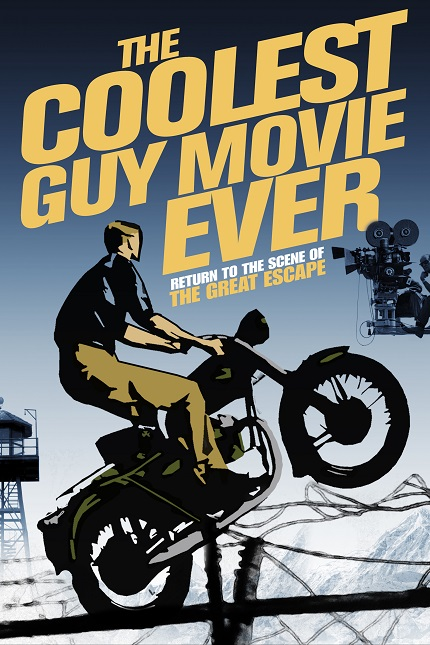