The Batman is a vigilante, fighting crime not just from the shadows, but of them. That line about criminals being a cowardly and superstitious lot, leading to that cape, cowl, and cloak. Fear is a tool, a watchword. Sadly, in this often underwhelming and sometimes overblown excursion, fear is everywhere.

"The world of comic books - not for kids only." That's a quote, not from The Batman, but from a magazine* with an article talking about superheroes and their ilk. I've seen headlines of that kind time and again, you may have too, but this is the earliest I can find. It's from October of 1980.

Batman first appeared in 1939, in issue 27 of Detective Comics. He's got a history, one informed by successive interpretations and variations. Alfred used to be a voluminous valet, until the first filmed adaptations which changed him from rotund to rake-thin. His rogues gallery has been added to over the years, the three that matter here are The Riddler (1948), the Maroni crime family (1942), and the Joker (1940). You won't see the Joker in the credits, though you his shadow looms large. It's one of the last scenes, in a film that has Batman already batting about, but despite not being an origin story is constantly reiterating both beginnings and endings.

This is meant to be the opener to a new Batman cinematic universe, two spinoff HBO shows already in the works. At a bit under three hours it does a lot of world building but the repetition and exposition start to wear. Comics have not been for kids for so long that the kids they're not for have weans (or grandchildren!) old enough to see this 15 rated film. That generational lag is one of many things The Batman borrows from other interpretations.

There are plenty of allusions to other bits of the Bat-family, not just audible reference but the frequent use of red as signifier. Not just brake-lights, flames, but mention of Bludhaven, a red R on a broken neon sign. There are elements taken from plenty of other places too.

There's a diary or twelve, with the feel of se7en. There's a voiceover whose weariness recalls Bladerunner. There's a bit of voyeuristic home invasion, shades of Cache, Funny Games. There's a folder which makes reference to this being Year Two. That's the succession to the Year One that gives us a Jim Gordon long before he's commissioner, an honest man in a corrupt department and a Batman who didn't think he'd need to be a detective. There's a history between the late Thomas Wayne and the Falcone that's borrowed from The Long Hallowe'en. There's a maiden name given for Martha Wayne that's taken (along with much else) from 2012's Batman: Earth One. Heck, even the bruising breadth of the batsuit is cribbed, some of its silhouetted solidity is a straight lift from The Dark Knight Returns, the 1986 work that cemented Frank Miller's reputation and served as a knell for kids comics.

Oh, the merchandising is still for children. Some of it anyway, or at least the disposable income of their parents. Bat-branded cookies, a delivery pizza firm have a chicken wing thing that highlights the brand synergy of darkness and food hygiene, plenty of toys. The new Batmobile notionally more grounded than Nolan's Tumblr but equipped with a turbine still, wider than it is tall and available in Lego and remote control and die-cast at a variety of price points and scales. If every cynical re-use of assets felt apposite it was here.

In my little list of rules of thumb is one about the men who have been Bat-man is that most actors manage to either be Bruce or the Bat but not both. Adam West managed to have a conversation with himself on the telephone, Kevin Conroy as a voice actor was well used to double duty, but others struggle with the duality. It wasn't Tarantino who first elucidated it, but when Bill talked about Clark Kent being the mask he popularised a theory about superhero alter-egos, one that The Batman borrows.

Not to ill effect, though the most powerful moment of it comes in the third Batman film in a row where a key element of villain strategy is being in custody. This Batman isn't a detective either, despite the prevalence of riddles, so much of his contribution to policing is a mixture of incorruptibility and the freedom afforded by extrajudicial interventions. Thomas More had something about the devil and a forest, but even he would probably think the Bat-symbol being a detachable knife was wicked cool.

Matt Reeves feature debut as director was turbo-nineties comedy The Pallbearer which is probably most notable for featuring David Schwimmer and Gwyneth Paltrow, and it was twelve years before he helmed again. Cloverfield effectively started a franchise, he then did the remake of Let The Right One In, the reboot of the prequels of Planet Of The Apes, and now, equally originally, The Batman. Co-writer Peter Craig was one of three credited for the screenplay of The Town, an adaptation of a novel, did the two-part trilogy-ender Mockingjay, co-wrote the screenplay of the adaptation of his own novel, another adaptation, sequel, remake, etcetera.

They credit Bob Kane and Bill Finger as creators of Batman, but other names belong in the list for this film. Miller, obviously, by extension probably Darren Aronofsky, Jeph Loeb, Geoff Johns, and while I'll hush now I could go on. If it wouldn't be a cataclysm for the length of this review I'd add at least nine more names. Probably also deserving a credit is Kurt Cobain, as Nirvana's Something In The Way appears at least twice, and seems to influence Michael Giacchino's main theme.

Less a grunge Batman, despite the grime, and for all that Gotham is intermittently New Yorkish and often Glasgow, the Pacific northwest influence is felt through The Crow. A floppy fringe on Bruce Wayne, a hoodie or two. As Bruce he's very nearly diffident and weird, in a film that's trying so hard to be serious that it scarcely allows itself a moment of levity. As Batman he's something else, a heavy-footed brute. A nightclub fight is clearly post-John Wick, everyone who is rendered hors-de-combat is very clearly removed from play. A segmented gorget on the suit is clearly doing a lot more than we see to protect a jawline rather than just frame it, so frequently are there ricochets that are to his advantage. Maybe that's just my opinion of armour, I'm a glacis half empty kind of guy.

We're told that Hallowe'en is a Thursday, which means that while this is dateless in a particular way it's (barring alternate history) 2019 or 2024 or thereabouts, if only because gadgets even those available to billionaire heirs suggest it's not 2013. It's almost certainly not 2002 either, not just because of smartphones but because of the quality of the streaming video. The cops wear uniforms that might be from New York in the Seventies. The cars are in places classics and they are not the only shiny things. There's a lot of textures, though many are less glossy than greasy. Precipitation slick, a real rain has come and the scum is still on the streets.

The Riddler, Paul Dano, mostly completely obfuscated even when he's on screen. There's a point where he's disappointed, and he's not alone in that. Zoe Kravitz is better than the film deserves as Catwoman (among others), but part of that is the freedom afforded by someone knowing her secret identity. Colin Farrell is unrecognisable as 'Oz', the Penguin, fat suit and facial prosthetics burying Marvel's Bullseye in a performance that manages to genericise the Penguin as effectively as a supermarket own-brand chocolate covered biscuit.

Elsewhere the design reflections are post-Burton, as indeed are plenty of the stories being referenced. Industrial gothic, though Wayne Tower seems less of either Bauhaus than someone going hell for leather and for baroque. With a Batcave in the derelict Wayne Terminus below it, frequent Reeves collaborator Andy Serkis looks lost among it all. Though his time in "the circus" is presumably more of the Tinker, Tailor than the Flying Graysons his presence is another point where The Batman seems intent on being po- rather than two- faced.

We could talk about the plot, about the murders, about the expository policeman, about the quality of the riddles or the overheard techno. Some of those might constitute spoilers, as definite as the little pointy ears on the tail of one of the Bat-bikes. We could talk about how weird it is how nothing is weird. I mean, not nothing, but this is a film afraid of goofiness. It's trying so hard to be cool it's got a club called forty four below. That's forty two below in Celsius, somewhere between the boiling point of radon and the melting point of mercury. That focus is perhaps as toxic.

It might sound like I hated it. It often looks amazing, though in places it reminded me of Dredd. The sets are impressive, even if some of them only appear when it's raining, or dusk. Not just regular dusk either but a very specifically polluted twilight where it's teal and orange. That's Greig Fraser's cinematography, and while he's got war movie down to an art this is, at least sometimes, something else. Call it incel-shaded, that sense of desperately trying not to be cartoonish. At times there was almost the feel of newsprint, of colour graded to the cheapest paper. At others there was a ring of falseness, a wingsuit plummet among them. For Richard Donner's Superman they said you would believe a man can fly but here I didn't even buy him falling with style.

The Riddler's plot is at least as complicated as my feelings about the film, such that when it comes time to hang together it just about does. This might be my problem with The Batman. I've read the books, got the t-shirts. I've got enough of a grasp of the minutiae that I know who Clock King is. This is full of things I've already seen, and not in the way that The Matrix Resurrection was. After the Bale/Nolan trilogy the intent seems to have been to create something differently grounded. This feels leaden, not just due to its length, but in the attempt to be heavy, to be worthy. Where it could have gone with a bang it instead flags. 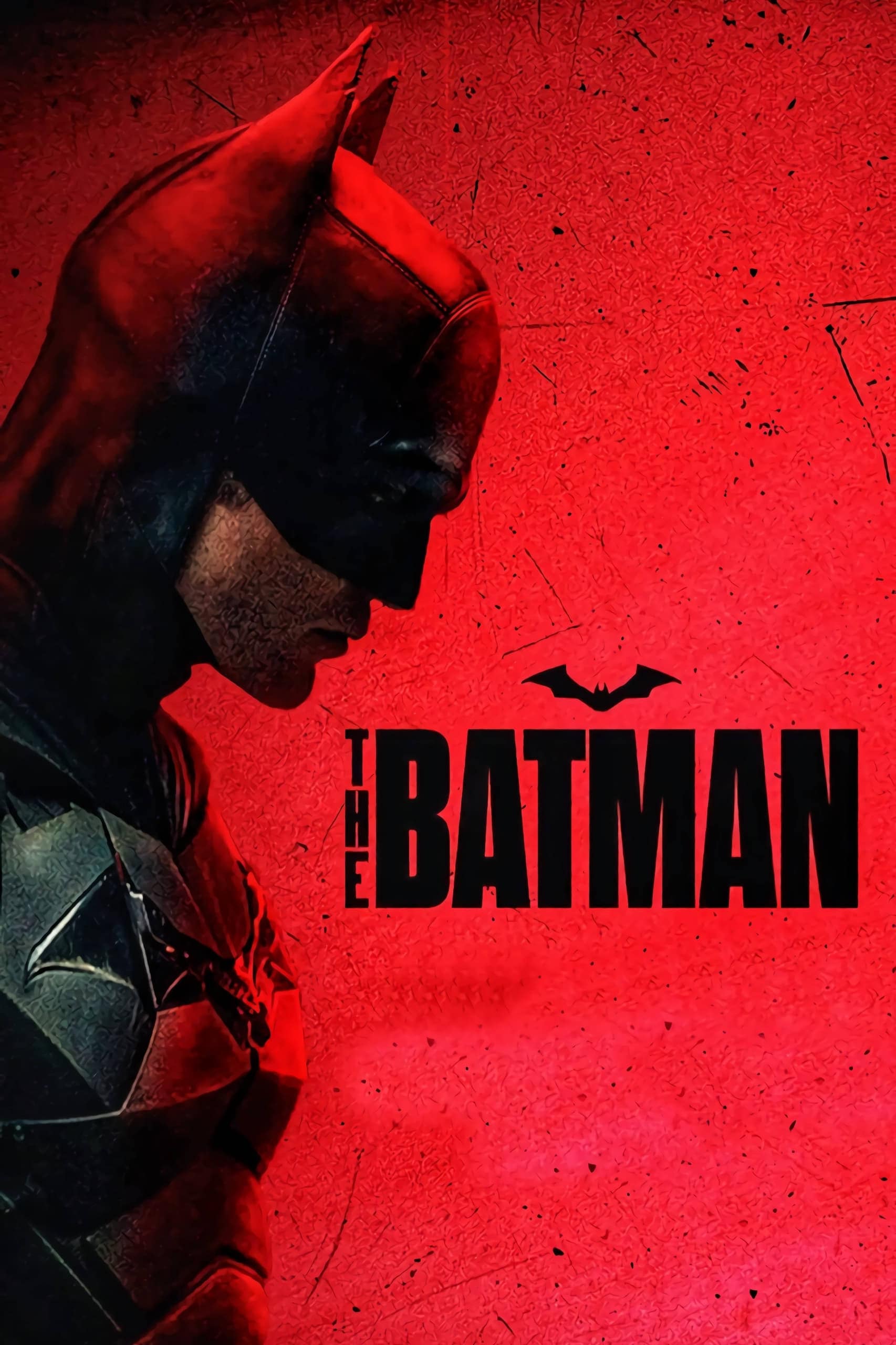