A gang of violent criminals. An isolated house. A struggle to the death. The home invasion subgenre is such a personal kind of horror, so easy for people to relate to, that it has an enduring appeal; but at the same time, it's hard to see what fresh things can really be done with it. The Aggression Scale is formulaic in many ways; it even lifts shots from Funny Games - but it contains an important lesson too often forgotten by those who dehumanise others. Sometimes victims have issues - and psychoses - of their own.

Boyd Kestner is Bill, moving furniture into his big new house. Life is looking up for him. He's about to start a new life with Maggie (Lisa Rotondi). They're clearly very much in love. The only obvious problem is the children. Resentful 17 year old Lauren (Fabianne Therese) distrusts Bill and is furious at having been uprooted without her consent. His son Owen (Ryan Hartwig) has just come out of hospital and would struggle to cope under any circumstances. Lauren tells everybody what she thinks of them. Owen doesn't talk at all. The adults think it just needs time. But time is about to run out.

Mr Bellavance (Ray Wise) is on bail for 48 hours, during which time he needs to skip the country if he's going to avoid a lengthy jail term for murder. His problem is, the money he stashed away has gone missing. So he calls in a gang of heavies (led by Dana Ashbrook, who previously starred alongside him in Twin Peaks) to hunt it down. Oddly enough, the trail leads straight to the newly wealthy Bill. This job looks easy - until the gang figure out just what young Owen was in hospital for.

Mental illness, especially where it involves aggression, is a difficult subject in film, frequently sensationalised and exploited for shock. It's really refreshing, then, to see this film treat it with subtlety and sensitivity, even in the midst of a story that revolves around violence. At the core of the film is the legacy of Bill's love for his son, reminding us of Owen's humanity, and the extraordinary Hartwig is convincingly vulnerable as well as psychopathic. His angelic looks and sullen poise gradually reveal a more complex character. Crucially, whilst his condition has made it hard for him to survive in day to day life, a change of circumstances is all it takes for him to come into his own. In the process, he gradually forms a bond with Lauren, with the girl's bluster and bravado evaporating to reveal an equally lonely kid. She may be going through the motions as a horror heroine (she even gets a shower scene) but she, too, is a rounded character we really end up feeling for.

This human element is essential to making the succession of chases, traps and violent set pieces that the film depends on grip us as they should. Although the promotional material for the film boasts of how shocking it is, much of the nastiness will be familiar to genre fans. There's never quite as much suspense as there should be, with a lengthy game of cat and mouse in a car park undermined by clichés. A heavy handed soundtrack provides too many signposts. Some of the villains are just a little too blundering, so that scenes with traps come across like an ultraviolent version of The Goonies, but Ashbrook makes a reasonably charismatic gang leader and spares us the usual routine of inexplicably leaving characters alive just to further the plot.

The early part of the film develops beautifully, with the moving in conceit allowing us to map out the territory before the action starts, and nicely judged naturalistic dialogue (with only a smattering of cheesy lines) will have you sifting through information to work out what is and isn't important - not so far from Owen's calculating mindset. Later scenes aren't always as tightly plotted (it's never clear why Lauren doesn't just run away and keep running) but the central dynamic remains strong. Despite its weaknesses, this film is an impressive contribution to the genre and marks out its two young leads as ones to watch. 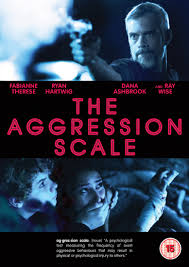 When a gang of criminals on the hunt for missing money attack a remote family home, they get more than they bargained for from a troubled teenage boy.