18,690 people are known to have been murdered in the US in 1984. 916 of them were in their late teens. Most were quickly forgotten by the public at large, if indeed their deaths made headlines in the first place. The death of Gary Lauwers, however, was different. Press coverage of his killing was so sensational that it created a nationwide panic. He was said to have been sacrificed by a Satan-worshipping cult called the Knights of the Black Circle. The name of his killer was Ricky Kasso, also known as the Acid King.

The story of the Acid King has been told several times on television and dramatised in a number of films, including Where Evil Dwells, My Sweet Satan and Black Circle boys. In this documentary, Dan Jones and Jesse P Pollack take a very different approach. Exploring one of the most sensationalised stories in US popular culture, they tease it apart piece by piece, attempting to establish just how mundane the real events were. In the process, they reveal a different kind of tragedy. It begins with a piece of information which ought to shock at least as much as fanciful claims about evil spirits: Kasso was thrown out of the house by his father when he was just 13 years of age.

This was Northport, Long Island, a place popular with tourists, an affluent New York community, and yet Kasso wasn’t the only young teenager living on its streets. He slept in the woods, in a friend’s shed, on the docks around the harbour, and he did what lots of homeless people do in order to cope with cold and damp and stress – he took drugs. In order to afford drugs – and food – he sold them. This was the origin of his title and, quite possibly, the trigger that sent an unremarkably difficult teenager spiralling into serious mental illness. Looking back, people who knew him at the time reflect on how he got into Satanism, starting with books in the local library. None of them, at least as adults, take the supernatural side of it seriously for an instant, but they note how it gave a sense of secret knowledge, power and importance to a kid who otherwise had nothing. Was there a point where Kasso started taking it seriously? He would go off into the woods, get high and talk to Satan, they said. Lonely as he was, and wary of close friendships with other teenagers who were his customers and possible rivals, he made an imaginary friend.

Jones and Pollack are interested in explaining what led to that fateful night when Lauwers was beaten and stabbed to death, but they don’t seek to excuse Kasso. Those who knew him are quick to condemn what he did, and seem to have regarded him as a dangerous, unstable individual for some time beforehand. There are other tales of violence. These, however, fit into the familiar context of a young drug dealer trying to enforce rules and make examples of those who tried to cheat him. Though Kasso may have believed in Satan, there’s nothing to suggest that this was a source of inspiration. The reference he made during the killing seems to have been primarily about intimidation.

There’s another aspect to the Lauwers murder that profoundly unsettled the nation, and that was the fact that Kasso took several other teenagers to see the body where it lay in the woods, yet it wasn’t reported to police for two weeks. From an adult perspective this is hard to understand, but this film reminds us that children – even teenagers – don’t see the world in the same way. They were awed by or afraid of Kasso, they knew it was too late to help Lauwers, and they didn’t understand the wider context in the way an adult would. The difficulty people have in accepting this, of course, stems partly from the fact that it requires one to acknowledge that Kasso didn’t fully understand that either. What happened to him after his arrest is recounted as hearsay but corresponds to the known facts and illustrates, again, a failure of adults to perform their basic duty of care.

In light of all these failings, it’s easy to see how the panic over Satanism took root. For all the damage it did to Northport’s reputation, it also provided convenient cover. Again, Jones and Pollack unravel the myths bit by bit. Central to their thesis is that the Knights of the Black Circle, far from being a powerful and sophisticated cult, was just a name assumed by a bunch of teenagers who loved heavy metal and wanted to sound cool and scary.

Undermining sensational beliefs like this is a bold thing for a documentary to do because, of course, there’s far more mileage in feeding them, at least when it comes to marketing and making money. Now that QAnon has picked up the Satanic conspiracy baton and started running with it, however, the need for good journalism focused on demystifying stories like this is greater than ever. Jones and Pollack have a good set of primary sources and supplement them with scene-setting which incorporates both archive images and visits to key locations as they are today. Their work is thorough and the case they build convincing. beyond the immediate focus of the film and even the wider panic, this is an important reflection on how mass hysteria can develop based on very little evidence, and how easy it is to lose sight of much more likely explanations when we forget that we’re dealing with fallible, vain, vulnerable human beings. 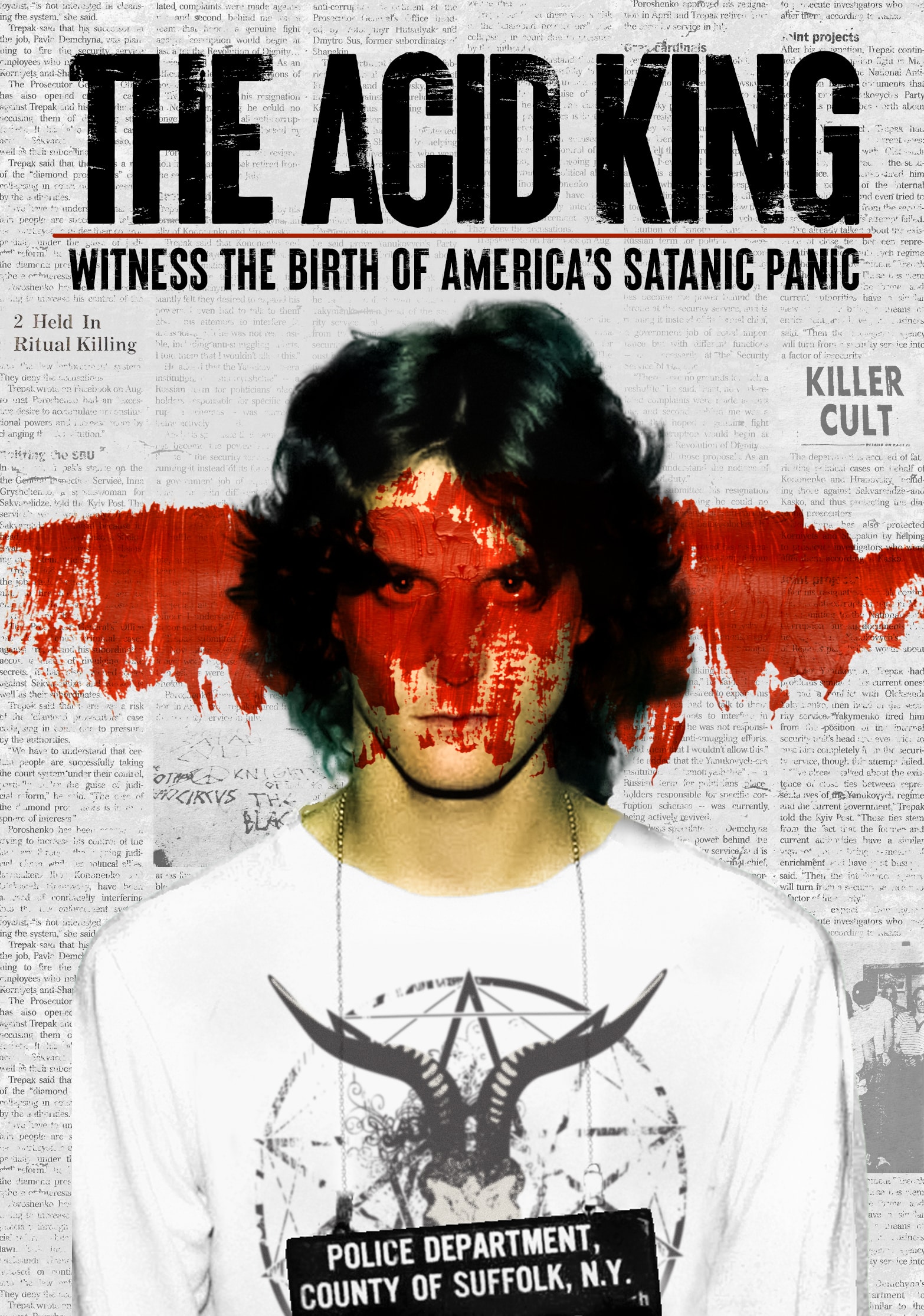 The story of Ricky Kasso, an American teenager who murdered his friend, Gary Lauwers, in an alleged Satanic sacrifice during the summer of 1984.