In a red carpet interview JJ Abrams described Star Wars as a 'tone', and there is a sense of Star Wars as an act of creation - a bricolage of homage, reference and refracted media. Others have contributed to the history, to the spurs and branches of stories told and then untold. From Alan Dean Foster's Splinter Of The Mind's Eye, the novel that followed the events of what was still known only as 'Star Wars', the comics, video-games, spin-off books, there have been attempts to be like Star Wars by people other than Lucas. So great is this ur- and un- history that newer outings like Star Wars: Rebels can plunder the ephemera for detail - long-necked Star Destroyers and Wookies that never were, Phoenix squadrons rising from the ashes of the cutting-room floor.

As the universe expands it starts to become a case less of a father's lightsaber than a father's axe - if the head and the handle are replaced, is it still the same?

It's almost impossible to consider as a film without weight of expectation. That weight mean the first two paragraphs of this review were written before your reviewer caught a last train to attend a midnight screening. In deference to expectations the rest will try to preseve secrets, but the question hanging remains - is it still the same?

The answer is yes.

There are moments of wonder, of triumph, of worry, of poignancy. There are the lock-step requirements of form and colour - opening theme, crawl, pan to a planet, even scrolling wipes between scenes. Much was made in the preliminaries of the commitment to practical effects but The Force Awakens manages to stop one thinking about how disbelief is suspended and instead carry one along.

There are revelations that surprise but some of that is how well and cleanly they fit - not twists but turns in a tale that manages to refer and refresh, borrowing elements from Star Wars as myth cycle and from the patterns that it had borrowed too. The best lessons are in pacing. It has pauses to build and develop but it never loiters, the relative stillness of the opening scenes are a gathering of tensions before an accelerative burst.

There are moments that have added depth because of the audience's history with Star Wars, with some of the cast's history with Star Wars, but the elements that gain power from those associations are not entirely dependent on them - these are not the clumsy declarations of names as fan-service that besmirched Star Trek Into Darkness or Spectre, they are strong enough without them. That's not to say that there isn't homage, the allusions to other parts of Star Wars reach the point of background colour, a grounding in a place and time albeit one a long time ago and far, far away...

It's not without weaknesses - at least some of which are from source - but it's better than the others in terms of treatment of female characters, of casting choices, of multiplicity of arcs and of the creation of mystery, of anticipation.

The film looks right, sounds right, feels right. There are good performances, and weaker ones, but it was ever thus - there are actors one will recognise from other films in which they effectively play the same role and there are characters who will doubtless become fan favourites despite seeming injustices of script. There are moments of genuine humour, lovely bits of minor characterisation, and scenes that play with foreground and background detail to transport.

At one point at a watering hole we are exhorted: "Don't stare," but it's impossible - it is there to drink in, and it slakes that thirst - though with this taste, this promise, this effervescence, it is almost inevitable that you will want more. 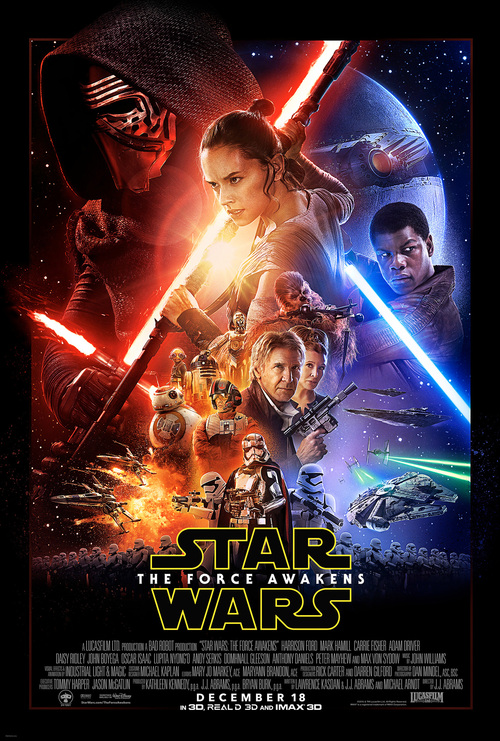 A long, long time ago, in a galaxy far, far away, a new threat has emerged and new heroes must arise to save the day.