Soul Boy is the result of a project set up by Tom Tykwer (Run Lola Run, Perfume) and others, encouraging those in deprived areas of Kenya to come together and contribute in making a feature-length film.

The story focuses on a young boy, Abila. One day he comes home to find his dad on the floor, asserting that his soul had been stolen by a notorious local. Upset at seeing his father in such a bad way, Abila asks around the neighbourhood to see if anybody has seen anything. A former employee of his father believes it's a sign of some serious trouble, but won't specify why, whilst Abila's mother shrugs the situation off. The only real lead Abila gains is from a similarly-aged girl, who claims to have seen this mysterious Akinyi woman. Abila decides to follow up.

What follows is a quest movie. Abila performs a series of tasks for Akinyi to win back the soul of his father. In true coming-of-age style, the tasks will all teach him valuable life lessons. It's an episodic structure, which results in an ambiguous twist of an ending; it's the kind of twist that would either see viewers scratching their heads or yelling accusations of 'cop-out' at the screen.

This uninspired, run-of-the-mill structure highlights why this film is, to some extent, critic proof. It's hard to judge a film made with such good intentions, by a community experiencing these opportunities probably for the first time. It is formulaic, but it's also bursting with conviction and insight.

Here, we see third world slums, a racial divide (the Kikuyus and Luos), the results of a devastating HIV epidemic, and the rich-poor divide apparently through the eyes of those who live all this first hand. It is powerful stuff and food for thought.

However, we also feel Western hands. Later on in the film, Abila meets a rich, white family. Abila asks the father if he is happy. The father doesn't have to think very hard to come up with an answer in the negative. It might be all very well for Tykwer and co to espouse these truths, but it's pretty cold comfort to those in the streets with little money, education or prospects. It gives you a very different food for thought; it's food which leaves a sour taste in the mouth. 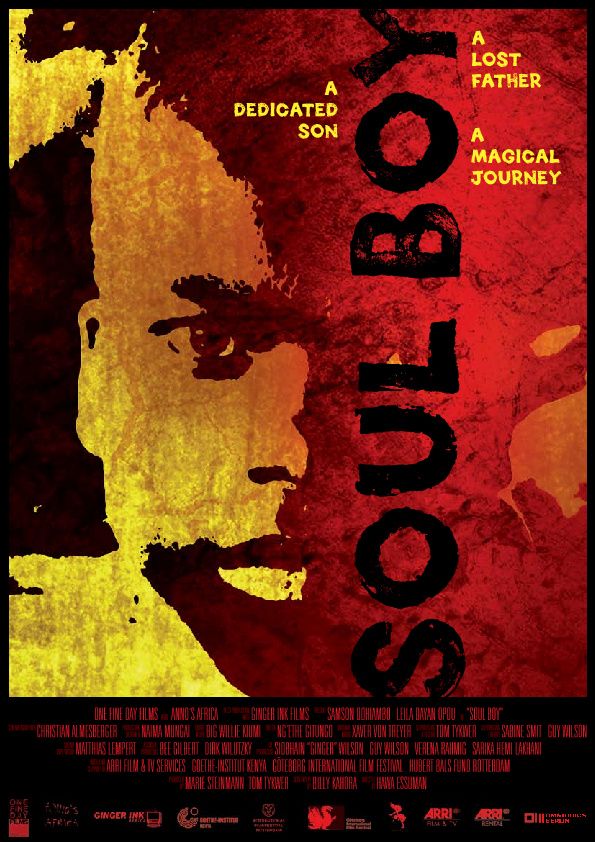 A boy goes in search of his father's lost soul.