Somebody Up There Likes Me

Not to be confused with the Robert Wise-directed 1956 boxing biopic of Rocky Graziano starring Paul Newman, Somebody Up There Likes Me is a fast, furious and occasionally hilarious angster comedy from Bob Byington, the writer-director responsible for the unlikely comedicisation of a Mexican wannabe athlete’s negotiation of the Rio Grande in Olympia (1998), and of a paedophile’s rehabilitation in RSO [Registered Sex Offender] (2008). Adding to 1996’s Shameless and 2009’s Harmony And Me, plus a segment of the portmanteau film Slacker 2011 (2011), Somebody Up There Likes Me is what you might call Byington’s fifth and a bit feature film – all of which clock in at a happy 80 minutes or less.

In this latest work, which won the Special Jury Prize at Locarno Film Festival, semi-confrontational, sociopathic steakhouse waiter Max (Keith Poulson) pinches a bouquet of flowers from a roadside memorial to take home to his wife (referred to in the end credits as “Ex-Wife” and played by Kate Lyn Sheil); soon divorced, he dates colleague Lyla (Jess Weixler), a ditzy waitress with a policeman father and an addiction to breadsticks; marries her and has a kid, falls in love with their babysitter Clarissa (Stephanie Hunt), inherits a sum of money and has best pal- by-default Sal (an angrily deadpan Nick Offerman) move in with him; divorces, re- marries, has a coronary event and snuffs it. Outrageously, the whole film takes place over at least two decades, as frequent animated “5 Years Later” interludes tell us (Max is the only character who doesn’t visibly age; his surname is Youngman).

Shooting and setting his films in his native Austin, Texas, Byington is a kind of protégé of Richard Linklater (thanked in the credits – along with Terrence Malick) and Andrew Bujalski, both of whom starred in RSO. Furthermore, as well as starring in Harmony And Me, Byington himself appeared in The Color Wheel (2011), directed by Alex Ross Perry – who returns the favour here with a cameo appearance in what might be the film’s funniest scene, an increasingly tetchy episode concerning passive- aggressive customer service as well as a breakdown of the subtle difference between “I” and “we” during an otherwise throwaway conversational exchange.

Of the film’s many gags – some of which are too persistently misogynistic and casually racist for the whole to befit its inconsistent parts – its finest relate to language, both cinematic and spoken. Visually, for instance, Byington frequently establishes a scene with a sustained angle and relatively static composition, only to undercut all previous meaning by revealing an unwanted eavesdropper. But there are at least two laugh-out-loud misunderstandings in the film, both involving Max and Sal, stemming from linguistic confusion: the first pertains to the difference between “hypothetical”, “hypocritical” and “Hippocratic”, while the second sees a leap from “avuncular” to “unclear” by way of “unclier”. In both scenes, Offerman nails it, adding as much zest as he does with that basic and juvenile – that is, never-unfunny – visual gag of losing his swimming shorts in a pool. 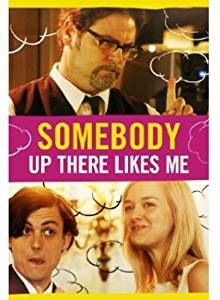