City-dwellers tend to think of the countryside as a peaceful, slow-paced, easy-going place where there is - at least comparatively - very little in the way of danger. They couldn't be more wrong. Farming is an inherently risky profession. Today, much of the damage is done by machinery and agricultural chemicals, but older technologies like silo storage for grain also carry a cost. This particular slice of rural life focuses on what happens when a teenager becomes trapped inside just such a structure.

The young man in question is Cody (Jack DiFalco), who is breaking up lumps of compressed corn to let it flow smoothly when an elderly neighbour, suffering from dementia and going through the motions of his past life without understanding, opens the valve that lets fresh corn flood down into the silo. The effect is devastating. Cody, trying to help a fellow worker, becomes trapped as though it is quicksand and only escapes immediate drowning because he listens when another colleague yells at him to keep still. Unlike quicksand, however, the corn also has considerable weight. Cody's lungs are being slowly crushed. We wait with the stricken workers and other members of their close-knit community as the emergency services are summoned and gradually concoct a plan to try and get him out.

It's a simple story - arguably not simple enough, as writer/director Marshall Burnette adds in soap opera elements which distract from the central crisis and deplete the tension. He's trying to do two things at once and the film is weaker as a result. Inside the silo, with Cody unable to follow what the rescuers are up to and desperately trying to communicate the urgency of his situation, the dramatic potential is high. Despite his slender years, DiFalco is an experienced actor and it would have been nice to see him given the chance to do more with this material. Outside, Burnette is invested in painting a portrait of the community and exploring some of the other types of pressure that shape rural life.

It's easy to understand why the story developed in this way. Ultimately, Cody will either live or die, and that places tight limits on the narrative. Broadening our perspective allows for a comparison between the teenager's predicament and the precarity of rural economies, the constant struggle to get by. As a rule, city people don't pay much heed to the needs of those who supply them with food. Burnette, backed up by a capable ensemble cast, makes a bold effort to invite us into the lives of people who are underrepresented onscreen, letting us see something of what they contend with day to day. Parts of this work well. The trouble is that it requires an entirely different kind of pacing from the central premise of the film.

In light of this central flaw, Silo struggles more than it ought to to hold viewer attention, but there's a lot of good work here if you care to look, and an additional layer of horror lurks behind it all. If Cody survives, he's going to have to carry on working in conditions like these. Not many farm boys successfully transition to life elsewhere. The silos dominate the flat, unforgiving landscape, their message inescapable, making sure that its inhabitants never get the wrong idea about what exactly they are worth. 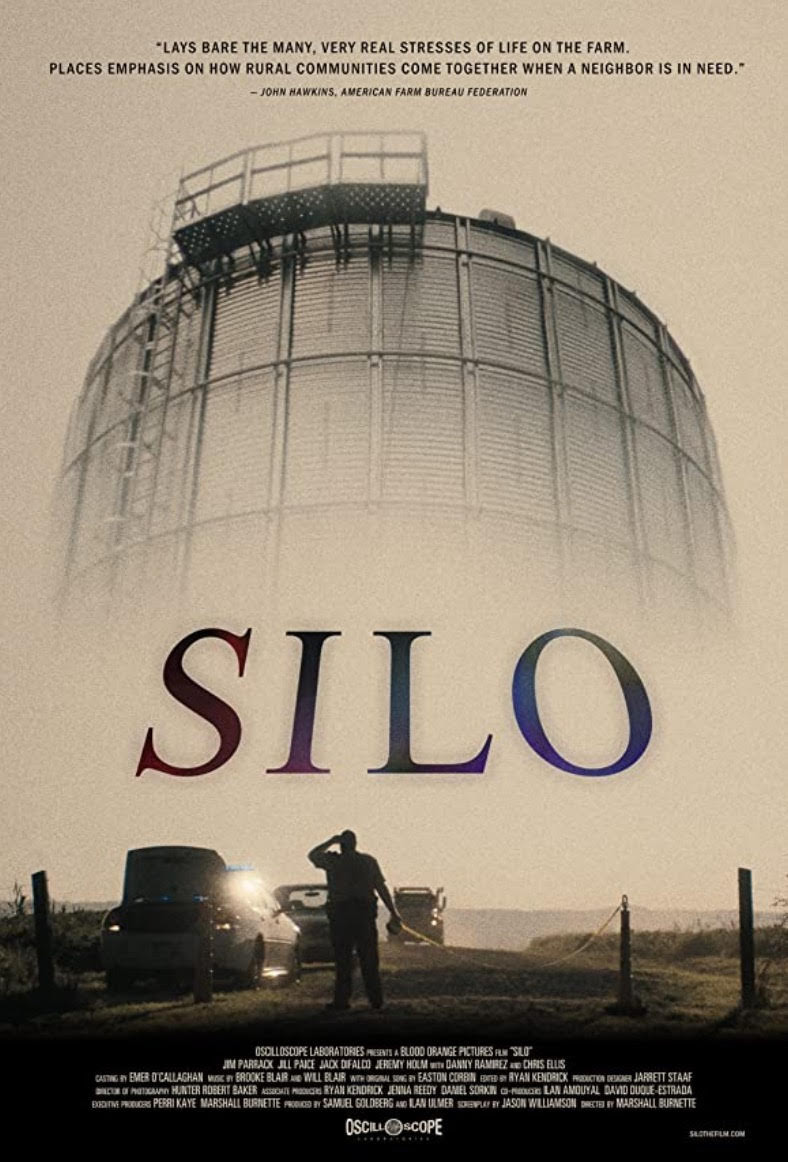 A teenager is trapped in grain inside a corn silo, where one wrong move could see him suffocate or be crushed to death.