A small Louisiana town which is financially dependent on its annual Gator Festival. A sheriff under pressure from the local bigwigs. A serious problem in the sewers. A budget of what looks like less that $60.

You know the drill. When news arrives at the sheriff’s office that a local man has been “ate up,” both officers hurry to the scene. There they find nothing but a foot sticking out of the toilet where the incident apparently took place. As the dead man’s partner asks if he’s going to be okay, they begin the hunt for some kind of freak alligator which has got into the sewers. Soon everyone in town knows about it. Anybody could be a victim. Your children. Your grandmother. Amateur hunters gather in the hope of acquiring a reward. A heavily tattooed man scrapes his fingers down a whiteboard and says that if they want the job done properly, they’ll pay more, and they’ll pay it to him.

With any number of bastardised (or poorly remembered) lines, there’s no pretence that this isn’t a take on Jaws, and there’s not a whole lot more to the story, but it is delivered with a degree of trash panache. Scenes in which actors wrestle with toy shop rubber gators convey a touching enthusiasm, and props have been assembled inventively if not quite realistically. Although not all the jokes hit home, it is, overall, more watchable than you might expect, and it’s sensibly kept down to 64 minutes, with some of the best laughs coming from the end credits.

Against the odds, there’s also an impressive performance here, from Manon Pages, the only cast member with much real acting experience. She has great comic timing and writer/director Paul Dale knows how to capitalise on it. With any luck, she will be snapped up in a less literal sense by a bigger studio and given the chance to show a wider range of viewers what she can do.

This is sub-Asylum stuff, but it has a lot more heart and bags of DIY filmmaking spirit. It’s among the most enjoyable one star films you’re likely to see this year. 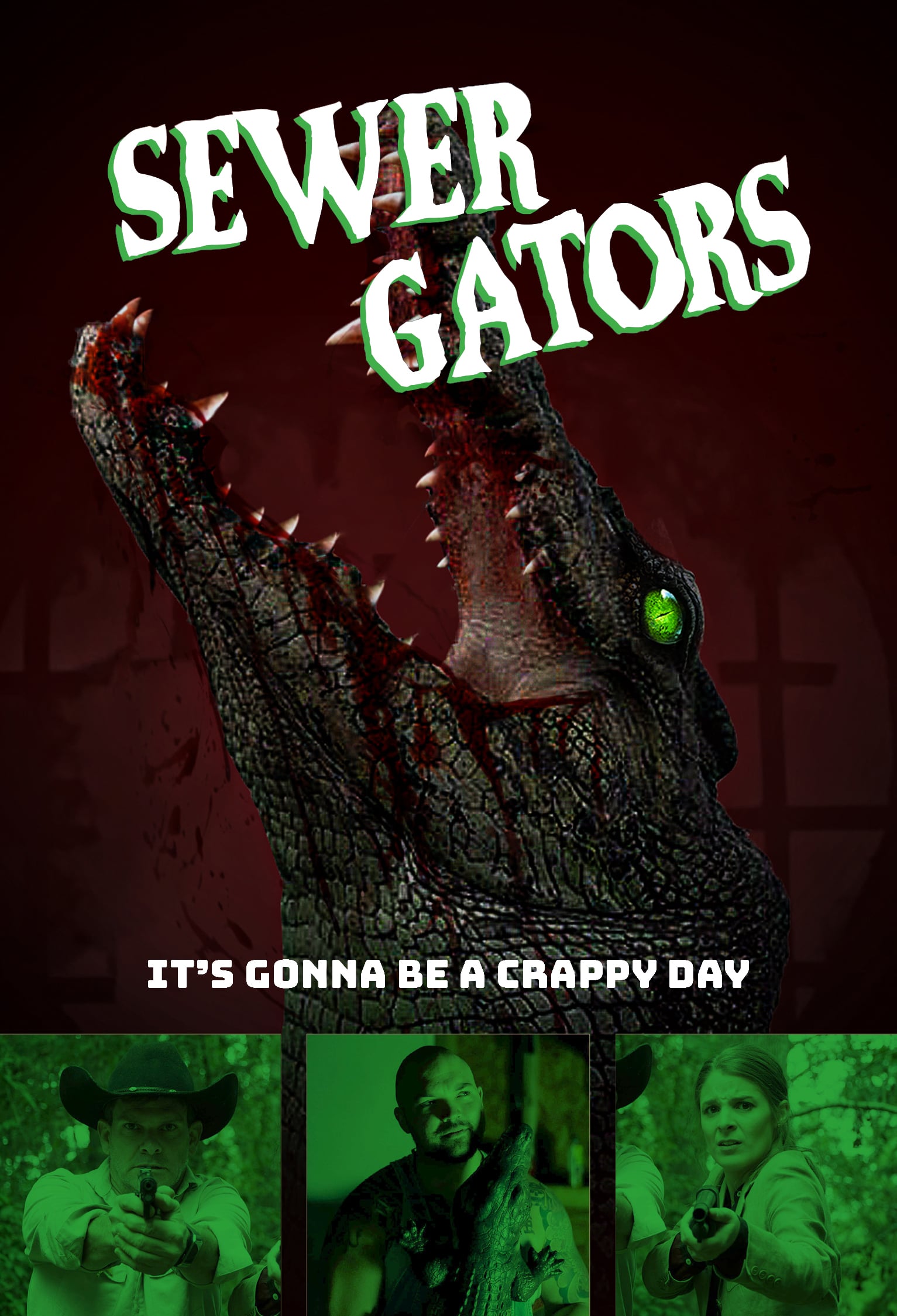 When killer alligators unleash chaos from the sewers of a small Louisiana town, it's up to a local sheriff, an alligator expert and an old gator hunter to kill the beasts.