In June 1992, the Ravenscraig Steelworks in Motherwell finally closed, having been at the heart of local industry for 25 years. 22 years later, however, residents of the area are still impacted by their legacy. It's said that cancer rates are three times the national average and other, rarer diseases are unusually common in the area. There are worrying stories about the way the waste from the plant was dealt with. Ubiquitous is the memory of the red dust that used to fall on everything. Is it the cause of these people's troubles? And why do we hear so little about their story?

This latter question bothered journalist Ilona Kaceja, so she visited Motherwell to give locals the chance to express their concerns. The strength of this film is that it has none of the gloss and concomitant distance of most documentaries; instead the tone is very much set by its participants, who speak directly to camera about the things they have witnessed and the research which, in the absence of a formal investigation, they have done for themselves. Their poverty is visible from their surroundings; they have none of the political leverage of middle class city dwellers. They speak of sending endless letters to politicians, yet nothing seems to have helped.

On the one hand, this is a picture of despair; on the other, it shows people who are frequently dismissed proving themselves to be forceful and resilient in the face of adversity. Despite beautiful framing shots that show what Kaceja is capable of, the bulk of the film is shot in the muted greys of daily life, dominated by the effort of existence for those afflicted, the friends, the carers, the bereaved. There is little hard science presented here and the film undertakes little direct exploration of the locals' assertions, but it does make a strong argument for an inquiry, and it makes it on their terms. 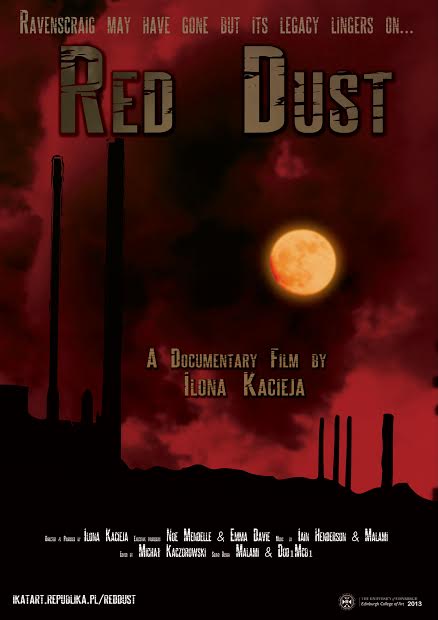 An investigation into a mysterious cluster of illnesses in Lanarkshire, near the site of the Ravenscraig Steelworks.