Bruno Barreto's Reaching For The Moon is the beautiful result of a filmmaker inspired by the exceptional poetry of distinctly visual writer Elizabeth Bishop (Miranda Otto, translucent and captivating).

He sophisticatedly tells the grand love story between the Pulitzer prize-winning American poet, and the Brazilian architect Lota de Macedo Soares (Glória Pires, with every response a marvellous surprise) who designed Flamengo Park in Rio de Janeiro, making a Central Park out of a landfill with street lamps that recreate the moonlight.

The extraordinary yarn begins at the boat pond in New York's Central Park, on a bench, where Bishop suffers "weekly attacks" on her poetry and her virtue by good friend Cal (Treat Williams), none other than poet Robert Lowell, who suggests the vacation to Brazil. The film does not explain why he liked to be called Cal (short for Caliban or Caligula) and wisely lets the audience figure out many references for themselves.

Knowing, for instance, that Bishop wrote a poem called The Shampoo, before seeing the film, does not lessen or heighten the impact of the images, it simply shifts the focus a little bit and connects the "shooting stars in your black hair" with the "big tin basin, battered and shiny like the moon".

The boat trip to South America in 1951 seems deceptively short, just enough for Otto to look pale and silky, troubled and feisty, much like Deborah Kerr in Leo McCarey's An Affair To Remember (1957). Her cashmere twin sets (competing with the ocean throughout the movie) in grey heather, sea foam, and stormy pacific, worn with her pearls, arm her deceptively with a conventional New England exterior.

Upon arrival in Brazil, she is picked up by her friend from Vassar, former ballet dancer Mary Morse (Tracy Middendorff, a limber Cassandra in a complex role), and Lota and they drive out to Samambaia, Lota's spectacular estate outside Rio, designed by Oscar Niemeyer and landscape architect Roberto Burle Marx.

The cinematography by Mauro Pinheiro Jr of this enchanted environment makes you want to pack your bags right away for a vacation.

Lota wonders why their guest is so "stuck-up and defensive" and Mary corrects her: "She is shy, deceptively funny and dangerous." How dangerous she turns out to be for their relationship, Mary soon finds out.

Allergic to nuts, the poet bites into a cashew fruit, and the two-week holiday becomes a 15-year stay. Bishop, who declines the first time red wine is offered at lunch, drinks good Whiskey all alone in bed at night. Lota's "Good night strange woman" turns into the nickname Cookie, as a silver pin by Alexander Calder finds a new address.

The shimmering eyes of dozens of owls punctuate the dark jungly forest, while the two contrasting souls drive towards their first kiss. Reaching For The Moon has the scope of Out Of Africa and "Brazil is not for beginners," as Bishop will later conclude.

Bobby Vinton's Blue Velvet plays on the radio, the airy modernist buildings fold snuggly into the lush Brazilian landscape, and the story by screenwriters Matthew Chapman and Julie Sayres, based on the screenplay by Carolina Kotscho from Carmen L de Oliveira’s Rare And Commonplace Flowers has only just begun.

Lota, who says she was "born an architect," wants it all and that includes wanting Mary to stay."You buy me a baby so you can have an affair?" Mary asks, although she knows the answer. The New Yorker wants Bishop to write poems on a regular basis. Lota's face changes when she overhears Cookie on the phone gushing, "Aldous Huxley liked my book!".

Soft-boiled eggs for breakfast on the veranda, a little red jeep and a creamy Jaguar, Barreto's film is a stylish feast for the eyes, registering the nuances of the 50s turning into the 60s. Vests, streamlined pleated pants, crisp cotton shirts, silky pajamas in turquoise and emerald green were clearly given much thought by costume designer Marcelo Pies. An orange cat, relaxes in a yellow canvas chair in the airy house on the rocks that Lota built for Elizabeth to write in. The inspiring production design is credited to José Joaquim Salles.

And, wonder of wonders, the movie deals with Bishop's alcoholism, the privileged getting away with the good and the bad, and cannot be reduced to being eye candy. "I want to drink every minute of every day," Bishop admits. Being lonely and sad only give her an excuse, not a reason. She is not a lying alcoholic, the film suggests, which possibly saved her. And she knew how to lose.

Lota, on the other hand, who is from a prominent political family, has great trouble with "the art of losing". Her old friend, right-wing politician Carlos Lacerda (Marcello Airoldi) wants to be president of Brazil and both support the military coup that ends Brazilian democracy.

When someone uses the word "furthermore" during a love scene, you might be seducing a poet. 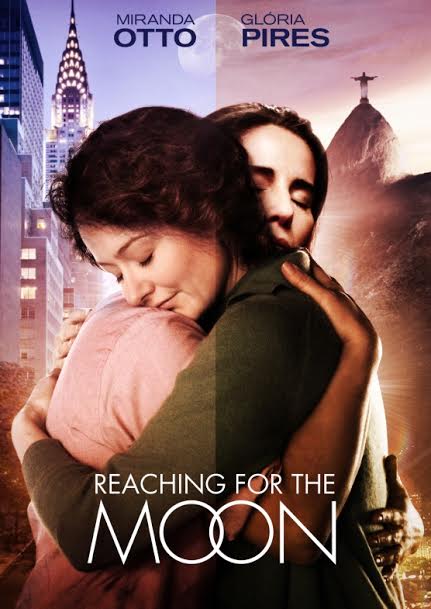 The poet Elizabeth Bishop falls in love and finds inspiration.