Disputes between teenage siblings are nothing new. It’s not unusual to see a brother and sister argue over who a particular room should belong to, or over a mutually loved toy. It’s rather stranger, though, to see this happen in a situation where the girl has never seen her brother before.

This isn’t a tale of adoption or fateful separation at birth. Mae (Elise Eberle) simply did not have a brother until, all of a sudden, he stepped out of her mirror. For his part, Nolan (Sloane Morgan Siegel) has never had a sister – not in any of the alternative universes he has passed through. He came here expecting to emerge in his own room. Now his plight is more desperate than ever, because as well as being concerned about his own survival, he feels the need to protect her too. That has to begin with convincing her of the reality of the hideous thing that is pursuing him.

Aimed at older children and teenagers but watchable enough for adults, this film takes the old comic book staple of a boy discovering a portal to another dimension and actually provides a reason for its existence, with a complex, family-focused plot which values working together rather than expecting its hero to solve everything by himself. There are some disturbing moments in it, especially for kids who already tend to be anxious about the well-being of family members, but the interdependence of the characters also emphasises that it’s okay not to have all the answers and that sometimes other people can surprise you in good ways.

This doesn’t mean that the characters are unrealistically competent. It’s set at Christmas 1999 (in every iteration) and a present-giving scene delivers all the insights you could need into how Nolan and Mae’s uncle understands survival, as he obsesses over the possibility of a Y2K apocalypse. It gradually becomes apparent, however, that Nolan’s physicist father was working on a rather more effective invention before his mysterious disappearance some years ago (Mae has no memory of him), and that this is intimately connected with the trouble the family is now in.

Though clearly made on a low budget and with shot choices constrained by a small location, Portal Runner is smart enough not to bite off more than it can chew and pacey enough to hold viewer attention. Good chemistry between the leads means you’ll be able to connect with it emotionally even when the plot is at its silliest, and intermittent doses of comedy balance out the tension, helping to keep viewers from laughing at the wrong times. It’s sometimes a bit too earnest but for a small scale production of this type, it does well, and there’s a cute post-credits sequence to leave you smiling. 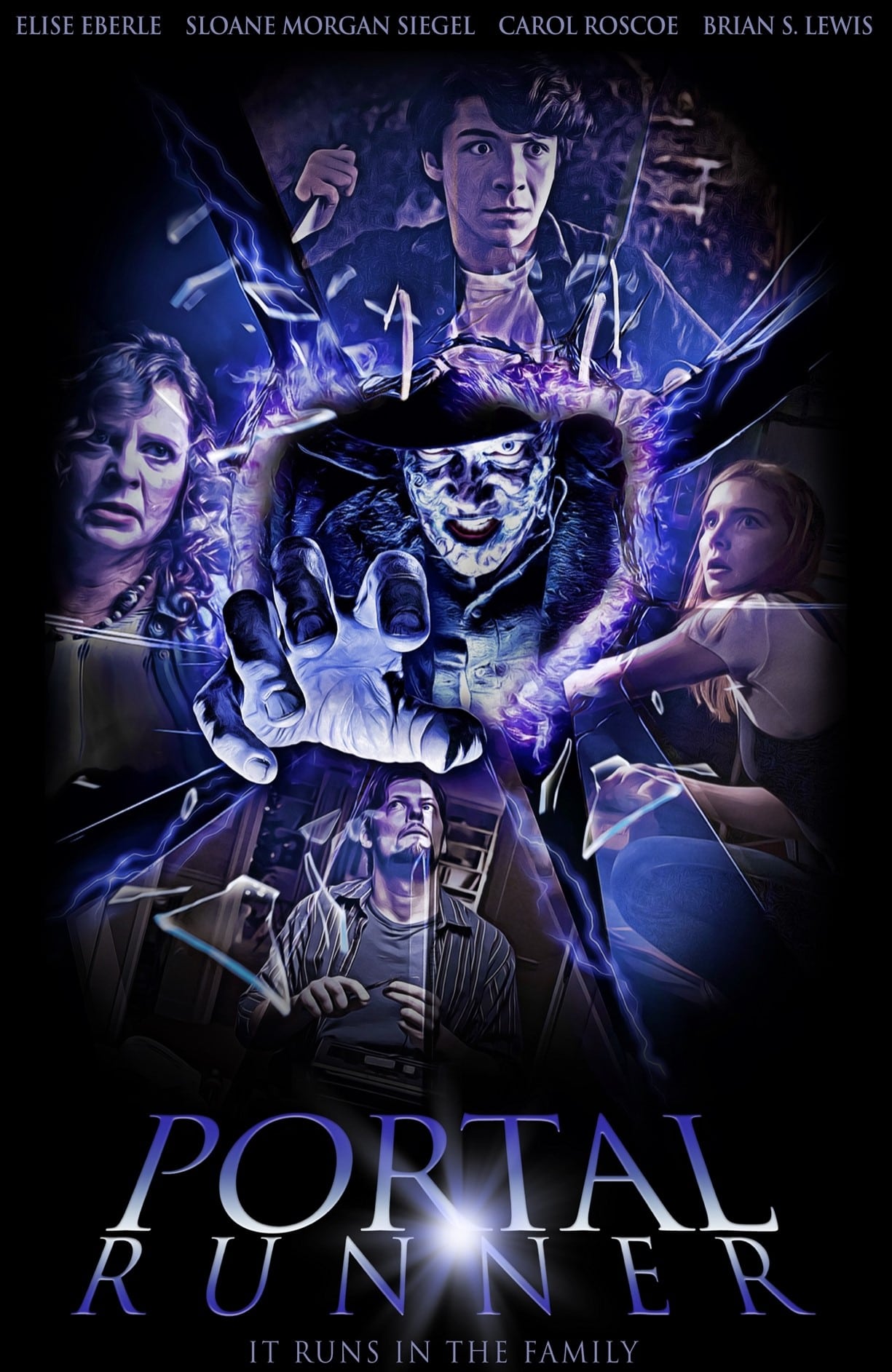 A 15-year-old boy is pursued through parallel worlds by a nameless evil - until he finds a version of his family strong enough to help him fight back.