There’s an old trick known by people who live in dry places: put a smooth pebble in your mouth and it will trigger the secretion of saliva, making your mouth feel moist and cool as if you had taken a drink. Velu (Chellapandi) does this on the long walk between villages. The pebbles are beautiful, and secret. They are solely his. Watching him, we can observe his experience of them. Nobody else notices; nobody can take this away from him.

He has been in the village where he prefers to live, with relatives, but his violent alcoholic father Ganapathy (Karuththadaiyaan) wants to take him back to his own in an attempt to reclaim the boy's unhappy mother. This seems, as much as anything, to be a matter of spite. The people of the first village make no effort to conceal their dislike of him, but seem to feel that it is beyond their powers to intervene where the boy is concerned. Missing the bus (not, it seems, for the first time), father and son must travel all 13 kilometres on foot, and we follow them as they do so.

Immediate, immersive, PS Vinothraj’s film, which is India’s 2022 Best Film Not In The English Language Oscar submission and one of the finest of the bunch, sticks closely to the boy, plunging us into this world. It feels like a single sequence, capturing the boredom of the long walk, the frustration of both main characters, and yet never boring or frustrating the attentive viewer. Vinothraj has acted before yet never directed, and this film feels raw and fresh. It is set in a part of Tamil Nadu which has a natural, desolate beauty, and yet we don’t look at it that way. One sees and experiences a landscape differently when one sees it all the time, and Vinothraj captures this difference, understands it, understands the relationship between the landscape and the people moving through it. Sometimes we move rapidly, as the boy runs from the man; sometimes slowly as, resigned in the aftermath of a beating, he trails along behind. Stacked boulders loom up beside the road, slowly approaching, sghifting in shape, fading away again. There is dust everywhere, stained by the sunlight. The boy notices details within it. Pebbles. A shard of broken mirror, which he uses for a while to make the hot son dance painfully on the man’s bare back.

Parts of this film are hard to watch; more so if you have children. Velu is beaten on several occasions. He is clearly hurt, yet stoic; this, too, must have happened many times before. If there is a way to avoid it then it’s not something he’s figured out. He simply tries to protect his face and chest, then soldiers on. What is waiting for him at the other end of the road? Though there is barely any conversation, little hints present themselves. He’s a resourceful kid, and life is not all suffering. He has more than one source of joy. He is loved. Though the man takes and takes, these are things that he can never find.

A masterpiece of visual storytelling anchored by a superb performance from Chellapandi, Pebbles is compelling viewing. It captures a slice of life which will at first seem far from the experience of most viewers, yet the emotional issues it addresses are instantly recognisable. Here is human experience stripped down to the basics, yet specific and significant, like a treasured pebble. See this if you possibly can. 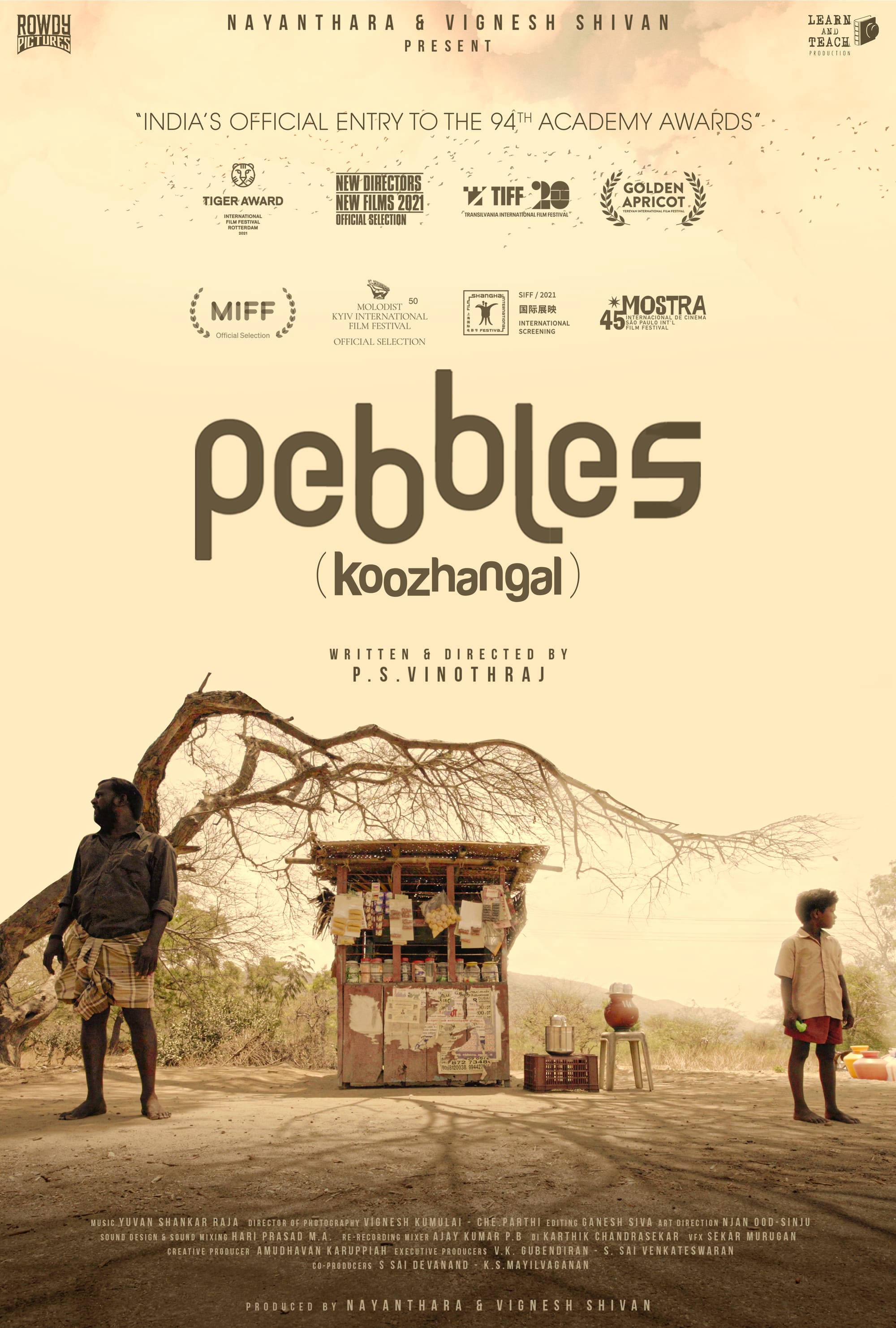 The tale of an impoverished, alcoholic man and a young boy on a long walk together.