Some only children are content to have all of their parents’ attention. Others long for the company of siblings. Growing up in a small town just outside the US city of Indianapolis, Jacoba Ballard was one of the latter. She had what she thought was an advantage over others in that situation: she knew that she had been conceived using donor sperm. This meant that there was a possibility that she could have a half sibling or two somewhere out there. When DNA testing service 23AndMe launched, she decided to use it to try and find them – but it soon became apparent that something was wrong. To date, she has found 94.

To put that in perspective, most fertility clinics, including the one which her mother had attended, have a rule whereby they never use the same donor’s sperm more than six times. This is especially important when all the inseminations are carried out in the same geographical area, as it minimises the risk that half siblings will, as the film delicately puts it, ‘marry’ without knowing they’re related. Seeing these particular siblings side by side, one is struck by something else. They almost all have the same blond hair and blue eyes, although their parents’ features vary and the mothers were promised that donors would be chosen who physically resembled their husbands.

There has been enough advance publicity about this film that it won’t surprise viewers to learn that the culprit was the fertility doctor, who used his own sperm, contrary to his promises and without consent. There is a lot more to the story than this, however. The film explores various reactions to their discovery, including the particular distress faced by families in which the artificially inserted sperm was supposed to have been from the husband. It addresses the fight for justice and the discovery that there is, in many places, shockingly little legal protection for victims of this kind of deception, whilst people with power seem inherently biased towards protecting ‘respectable’ doctors and dismissing those whom they see as troublemakers.

It also examines the big question: why did Dr Cline, a part-time pastor regarded as a pillar of the community, do what he did? It’s here that the story takes an unexpected and sinister turn, as the siblings make a discovery about him which drastically disrupts their sense of identity, and the film lurches into new territory. The nightmare in the past becomes very much a thing of the present as they share their concerns, trying to reconcile what they have discovered with their own value systems and wondering to what extent their parentage defines who they are. The discovery also has wider political implications which may leave some viewers feeling distinctly uncomfortable.

Although it’s let down by a score which makes it feel like a TV special, and a style of presentation which sometimes falls into the same trap, the layered subject matter in this film makes it a fascinating watch. Director Lucie Jourdan does a good job of balancing multiple story strands and giving different siblings the chance to air their personal stories. As their number just keeps growing, it seems entirely possible that new ones will emerge as a result of viewing this film. What’s more, though its backstory may be rather unusual, the Cline case is sadly not unique. Watch with due caution, but do watch if you can. 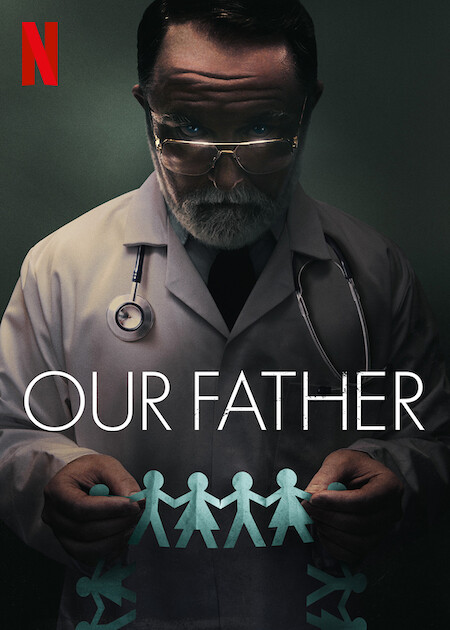 Future People: The Family Of Donor 5114