Have you ever wanted to become a ninja? Have you thought about taking an intensive two week ninja training course on which you could learn vital skills like sneaking and spinning? Have you fantasised about saving hot babes who will then fall in love with you? Do you like egg rolls?

If so, this is a film you won’t want to miss.

Rex (Ryan Harrison) is a lackadaisical redneck loser who spends his time hanging out with best buddy Kano (Mitch Schlagel) and riding around on a pink bike which he stole from a little girl. One day, when they’re visiting a pet shop in an effort to start a get rich quick scheme which involves breeding pythons, Rex falls in love at first sight with the cashier (Lisa Schnellbacher), but not only does she fail to return his affections, she is abruptly kidnapped by a gang of ninjas whose leader Rex recognises from an advert on TV. This is Big Twitty (Darrell Francis) and he means business, ripping the arm off a man who tries to intercede and beating up Rex and Kano with a bin bag full of puppies. When the cops turn up and turn out to be corrupt, blowing up the pet store to hide the evidence, Rex realises that only he can save the day.

As it so happens, the injured man (Steven C Rose) is a former ninja master, and in return for Rex’s help, he offers to train him up to become a ninja himself (this offer does not extend to Kano, who simply tags along, getting more and more severely injured). There’s no time to lose, because Big Twitty has a dark secret: he gets stronger every time he eats something pretty or cute (hence making off with puppies), and in due course he plans to sacrifice the pet shop attendant. Rex is cautioned to resist that dangerous path and instead to derive his power from egg rolls, which he binges on to the point of repeatedly throwing up. In accordance with ninja movie tradition, however, he comes into conflict with his sensei. Can he still complete his mission?

There’s a lot going on in this 100 minute epic of swinging fists, day-glo aesthetics and sub-Asylum CGI. Who is the mysterious female ninja who joins our heroes on their quest, and what is her secret? What occult schemes are being dreamt up by the bad guy’s girlfriend, who has sex with dragons on the side? What will happen to Rex when he loses his heart and discovers that impressing women is more complicated than he thought? Who will save the cute little puppies? And will our hero ever give his frustrated former beauty queen mother the grandchildren she craves?

Although it could probably have benefitted from losing ten minutes, the film sustains itself remarkably well by repeatedly upping the ante. There are some fantastic editing montages which perfectly capture the spirit of the Seventies underground hits on which it’s based, whilst bolstering its key themes. Harrison does a good job of making Rex somehow likeable despite him being so crude and clueless that many proudly unreformed men will find themselves wincing at what he says out loud. If you’re looking for martial arts action then you’ll probably see better outside your local pub on a Saturday night after a bad football result, but nobody here is pretending to try. What they are doing is having a good time, and it’s infectious. 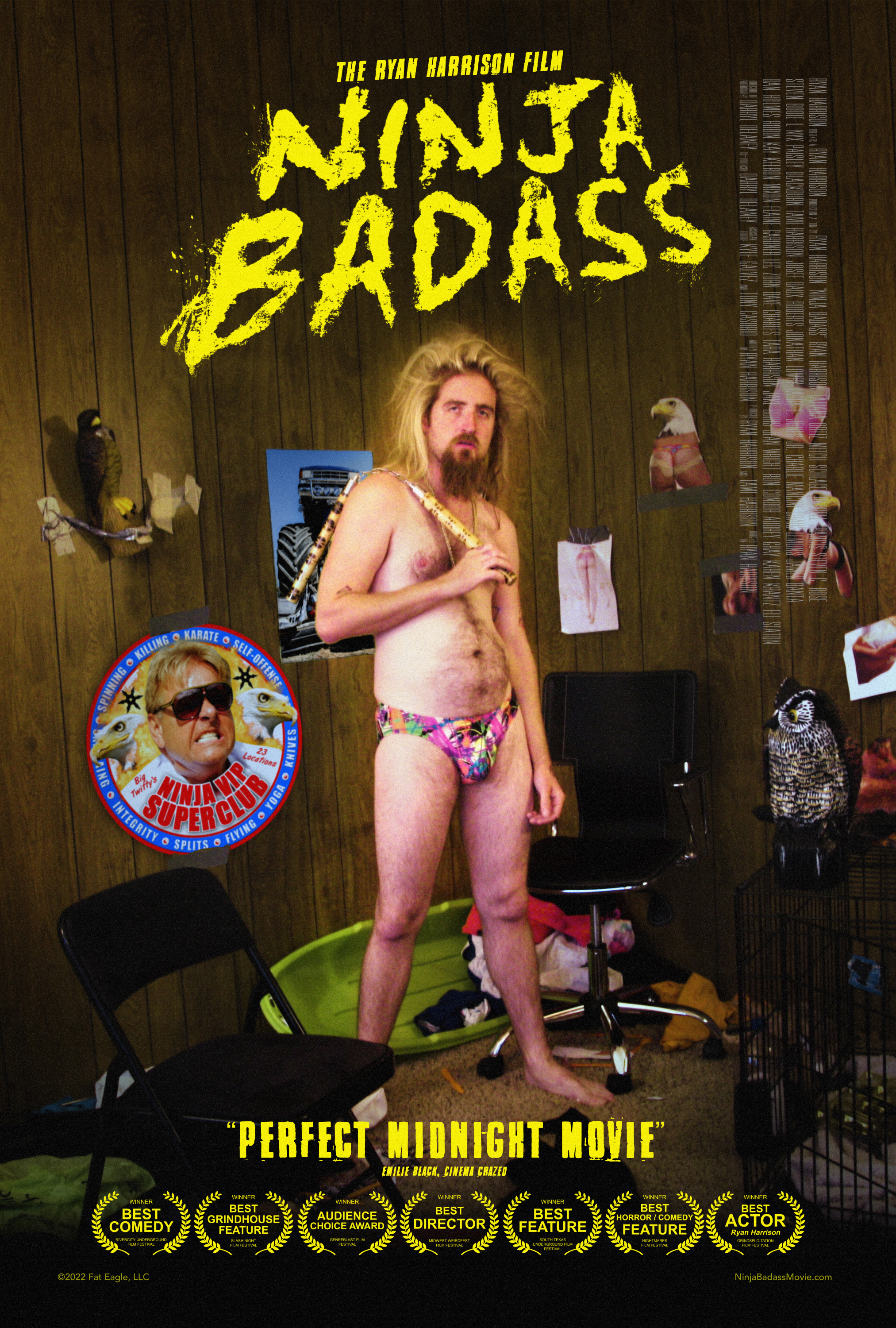 A lowly redneck has to up his game quickly when the puppy-eating leader of a ninja cult kidnaps the woman he has a crush on and plans to sacrifice her.