People often make comparisons between Jennifer Reeder’s work and that of David Lynch, and when they do so, they usually go on to talk about characters or setting. There’s a particular kind of slow tracking shot, however, at which both those directors excel, whilst others struggle in vain to capture it. It’s used at key points in this film, inside a shared building, creeping up towards the door of a flat. A simple enough movement, but it will send a shudder down your spine.

Ken (Geno Walker) hasn’t left the flat for some time. We learn from his online conversations with his friends and his ex-wife Kelsey (Kate Arrington) that he has become agoraphobic; he has also had a serious drinking problem and has struggled to cope with many aspects of day to day life. He’s trying to get back on track now, making arrangements for his kids to visit and trying to generate an income by setting up a YouTube channel which offers marketing tips. He still has a way to go with building up his confidence as a presenter, and asks friends to help him. It’s during one of these conversations that a stuffed bird falls off the wall behind him, changing everything.

We’ve all been in those situations where something which looked securely balanced was just very slightly off, waiting to fall at the slightest disturbance. They can be unnerving but we take them in our stride. In the context of the conversation he’s having, though, the incident sparks a question: could his flat be haunted? Because there’s an eager audience out there for haunting videos. It so happens that there is a creepy story attached to it, as there is with any number of places. Perhaps it’s true and perhaps it’s not, but there is real danger along the path which Ken then decides to pursue.

Though it’s set almost entirely in a single location, this doesn’t feel like your average lockdown film, and the extensive use of screen-based communication doesn’t deplete the tension. What it does do is make way for an exploration of the occult which is playful, satirical, and ultimately horrific, with a twist which may be obvious to a lot of viewers but is understandably not obvious to characters we come to care about. Addressing the occult through online communication is a wonderful way to explore a form of horror focused on the exchange of ideas, and fits neatly into a centuries-old genre tradition even as it spoofs modern approaches which already look dated.

Reeder understands her subject matter well and has great fun with the Dark Corners video channel where part of the action takes place, the ideal venue for bringing together people who like to dabble in what might be dangerous matters and people who might be a little more experienced. There are background themes here around trust online, misinformation and the appeal of cults and conspiracy theories, but they never get too heavy. Michael Shannon provides some comic relief, cast against type as Kelsey’s new partner, and the relationship between the couple and Ken is touching, with no evidence of jealousy but a good deal of concern.

In a good haunted house film, we’re always watching the background. Online communications inspire something similar, with people taking the opportunity to get a glimpse into each other’s homes. Kelsey looks for evidence of how Ken is looking after himself. Viewers look for evidence of something more disturbing, and in due course, the film will deliver. Don’t expect big fights or oceans of gore (although there is a little). Reeder is more interested in disconcerting viewers and instilling a sense of inescapable dread. She does this with flair. Simple images are enough. It’s the ideas that matter. 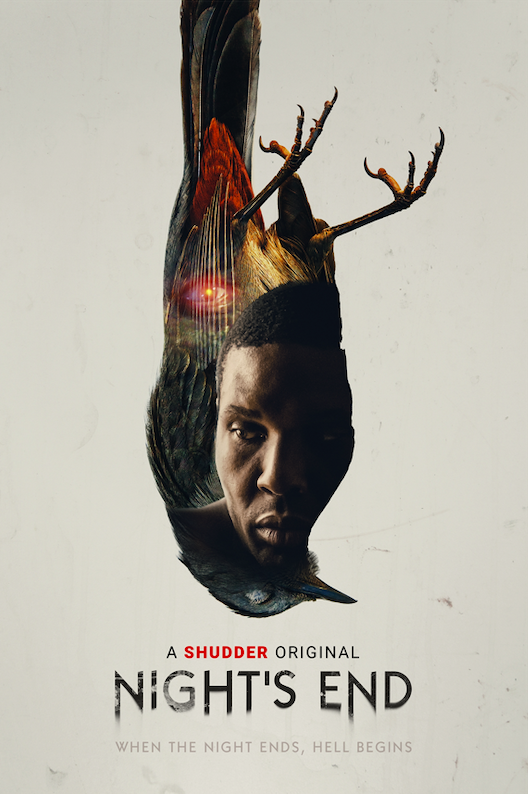 An anxious man moves into a haunted apartment. Hiring a stranger to perform an exorcism takes a horrific turn.

The darkness before the dawn