Let The Wrong One In

Deco (Eoin Duffy) is not allowed in the house. It’s not clear how long this rule has been in application, but it’s pretty clear why. Whilst it may seem harsh, anybody who has had an addict in the family will understand. The person who enforces the rule, however, is his mother, and she’s not home, and his brother Matt (Karl Rice) isn’t as good at saying no when he begs for permission to cross the threshold.

Although at first it seems like an unwatchable mess with only one idea to cling to, Let The Wrong One In quickly reveals itself to be orders of magnitude smarter than its characters, and possessed of so much heart that despite their flaws, you’ll find yourself rooting for them. Between the burning in bright sunlight, the vomiting blood and the peculiar reaction to garlic mayonnaise – not to mention the two holes in the side of his neck and the story about an encounter with a strange woman in a club toilet the night before – even Matt figures out pretty quickly that brother has become a vampire. Deco is not thrilled to have to deal with that on top of all his other problems, and responds to Matt’s suggestion that he might qualify for disability benefit by countering that he won’t be able to go into town to sign on. But they have bigger things to deal with. There’s Deco’s growing craving for blood. There’s the threat posed by vampire hunter Henry (Anthony Head of Buffy The Vampire Slayer fame). And there’s Henry’s former fiancée Sheila (Mary Murray), who got bitten on her hen night and is now leading a ravenous pack of pointy-toothed women through the city looking for new recruits.

With memorable characters, skilled acting and great comic timing, this film is entertaining throughout, breathing new life (so to speak) into old tropes and gently sending up aspects of Irish working class culture without coming across as patronising. It’s very much a case of laughing with rather than at as viewers are drawn into the brothers’ predicament and forced to make difficult moral choices. Where the hens might easily have been ridiculed, instead their behaviour has a certain appeal to it, tinged with feminist self-realisation. Murray is fantastically charismatic as she presents us with a woman breaking free of lifelong constraints and realising how thoroughly unhappy she would have been married to a trainspotter. Nevertheless, when push comes to shove and the life of the brothers’ AB-negative mother is on the line, it’s easy to take their side.

Add to this a romantic subplot involving Deco and his girlfriend Natalie (Lisa Haskins), whose knowledge of vampires comes from the Twilight franchise, and Let The Wrong One In emerges as a much sillier yet more realistic take on themes explores in Abel Ferrara’s The Addiction. There’s an awful lot of blood and some viewers may be alarmed by the fate of a fluffy little bunny rabbit (though it could be worse), but beyond all that there’s something unexpectedly moving, a plea to consider the addicts and broken people amongst us, even if they continue to get everything wrong. This is at heart a sweet little film – with violence, gore, some expertly deployed insults and a series of amateurish slayings which would nonetheless make Buffy proud. 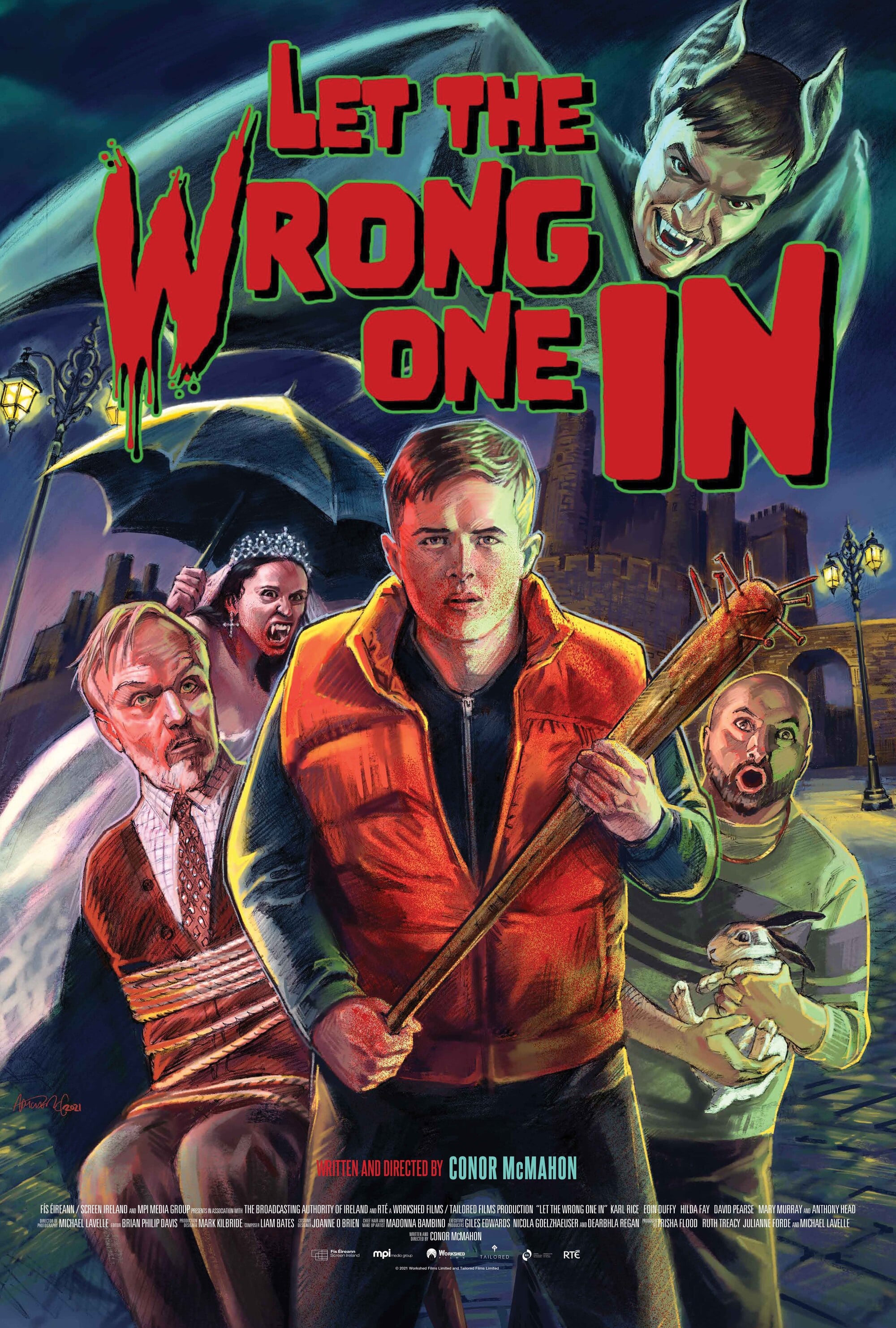 When Matt’s estranged older brother Deco turns up at his flat looking terrible one morning, Matt figures he’s just on another typical loser bender. But Deco’s symptoms turn out to be more than a wicked hangover, and his newly grown fangs leave little doubt he’s fallen victim to a group of vampires terrorizing Dublin.