Philip Stevens and Laura Turner may have crafted one of the bleakest films of the year so far, with stomach-churning moments juxtaposed with the romantic scenery of rural Lincolnshire. Turner’s powerfully nihilistic script and Stevens’ gritty translation of her screenplay onto the big screen most certainly make them newcomers in the industry to get excited about.

In 1555 England, Queen Mary’s Egyptian Act means that all Gypsies must be expelled from England, any who stay run the risk of execution, as does anyone who helps them remain in the country. David (Emmett J Scanlan), leads a small community of salt farmers, and has arranged for illegal passage by boat for an Indian Gypsy family in return for payment. When Patience (Hannah Douglas), an aphonic English girl, falls for Egyptian son Rumi (Sebastian De Souza), David’s wrath endangers both communities.

Lapwing is an interesting feature debut from Stevens and Turner, it evokes the feel of 16th century England through its characterisation, and attitudes and speech that transport us back to Tudor times - the design of the film falls to mostly natural elements and the Lincolnshire coastline, which operates as more of a visual metaphor than imagery that gives the film a sense of time and place. Stevens impressively captures the connotations of the rurality of the salt farmers’ tent-community, and draws great emphasis on their outsider presence, which just like that of the Indian Gypsy family, are at the mercy of the elements - which in some, more than others, can trigger hostility. There are also other points of reference that do well to foreshadow the horrors to come, a stark frame of David standing in front of the cross during an eerie nightfall, with his arms raised as if in prayer - almost seems reminiscent of cult leaders like Jim Jones, and the warped ideologies David will soon act on.

The two protagonists are the stars of the show, from the malevolent and paranoid leader David, to the tortured and fearful Patience, who suffers an enormous amount of pain at the hands of David throughout. Scanlan’s performance is immersive and powerful, with a balance of feral aggression and rabid megalomania - it is difficult not to be repulsed by his on-screen presence, but at the same time intrigued by the unpredictability of his character and what we are in for next. Douglas is phenomenal in her role, with barely any speech (bar brief moments of song), her character communicates predominantly through body language and facial expression. Despite these restrictions, Douglas does exceptionally well to convey the sorrow and desperation of the character, and makes it impossible not to ache a little during her moments of anguish.

What restricts Lapwing a little in terms of breaking through to some of its viewership may fall in the areas of underdevelopment. While David and Patience are the focal points in terms of the story, the paper-thin relationships outside of the two in the centre of it all, make the plot feel lacking at points. It is easy to observe the attitudes of time, with David’s rampant racism towards the Gypsies clear from the off-set, and ignited further after Patience is caught with Rumi, as well as sexism from David and fellow farmer Jacob (Lewis Gemmill) - mostly towards Patience after she is labelled as a whore after her affair is uncovered. But it is almost impossible to get to know most of the other characters. Even more confusing is the one-dimensional writing of Rumi - where his own characterisation and story with Patience seems to draw to a halt before it barely begins. The characters often seem to serve as props to advance the story of David’s ominous relationship with Patience, but fail to find their own identity by the climax.

Lapwing is a gritty, dark, period drama with more bite than the setting suggests. Stevens and Turner may have lost their footing with certain elements, but they most certainly have created a hard-hitting film that audiences will want to watch to the end, even if some moments in the middle are hard to digest. Lapwing owes a lot to its central performances, and Douglas and Scanlan are most definitely performers to look out for in their next roles, having made a lasting impression here. 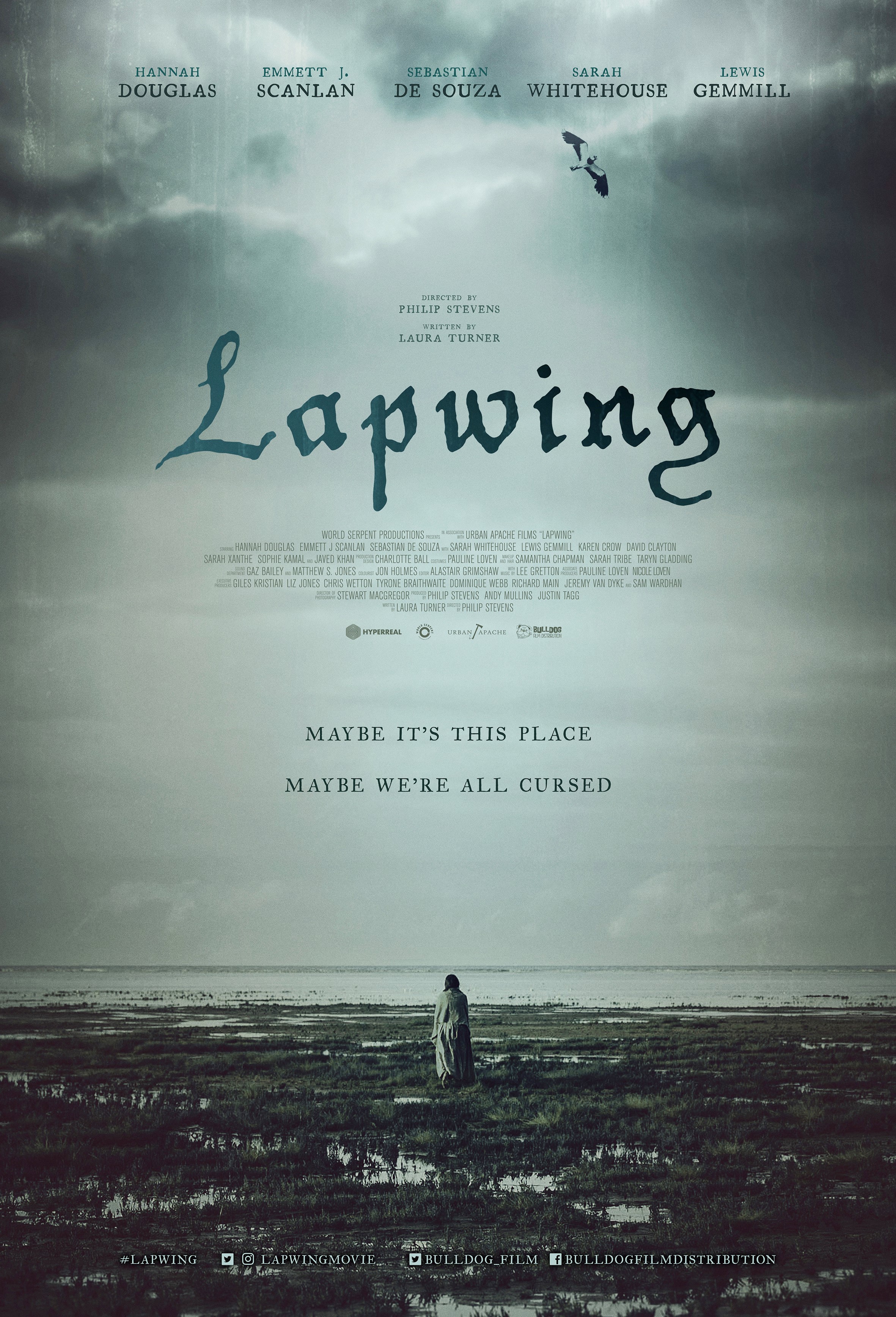 In 1555 England, the love affair between an aphonic English girl and the son of Egyptians seeking illegal passage to Europe from a small community of salt farmers, brings a menacing enemy to light.