Eytan Rockaway's Lansky is one of those monumental stories that try to cover the whole life of their hero, looking at him from a neutral distance, being somewhere in the middle, so that the viewer can refer to the story himself. It is nostalgia for gangster cinema and ambiguous emotions awakened by the film. This is a story not only about the eponymous character, Meyer Lansky (Harvey Keitel), a mafia boss, one of the legendary American gangsters, founder of the largest organised crime group in the world, the National Crime Syndicate. It is also the story of the crisis of the writer, David Stone (Sam Worthington), who receives from Lansky an offer to write his biography.

David’s creative and family crisis will connect him and Lansky with a bond resembling the relationship between a father and a son. David adopts Lansky as the father figure whom he missed in his life, learning responsibility and building his own ladder of values ??on the ashes of the old gangster’s moral code. In that respect, it is a personal story for Rockaway. This is evident in the great fascination with which he approaches the gangster, as if the creator himself was in dialogue with his own father. And in a way he is – Rockaway's father was a model for David. He did the last real-life interview with Lansky, just before his death.

One cannot restrain oneself from making some parallels with Martin Scorsese’s The Irishman. After all, both films carry personal memory, operating on nostalgia for gangster cinema; both tell the story of a man at the end of his life, settling accounts with his past, confessing what was bad and what was good in his memories. Both films are rituals summoning the spirits of the past and playing on the tension between guilt, loneliness, regret and reaching the end of life. But in contrast to the epic brooding of The Irishman, Lansky is more subtle. He retains some hidden agency – as he himself states, "I don't have the power to change my past, but I do have the power to change the perception of it". As befits a great figure of history, Rockaway’s Lansky creates his own story, his legend. And if so, to what extent can one trust his story?

The artist balances on a thin line between black and white, truth and lie, and between good and evil, consequently remaining in the zone of various shades of grey until the end of the film. In spite of appearances, this attitude is not boring. Perhaps it is impossible for a film to present the full complexity of a figure as legendary as Lansky, but the American director certainly managed to at least outline the importance of the moral conflict and the ambiguity of the character.

There is something attractive about gangsters at the end of their life. Perhaps we miss gangster cinema, because we need wise figures affected by the hard life, matured by many years of moral reflection. 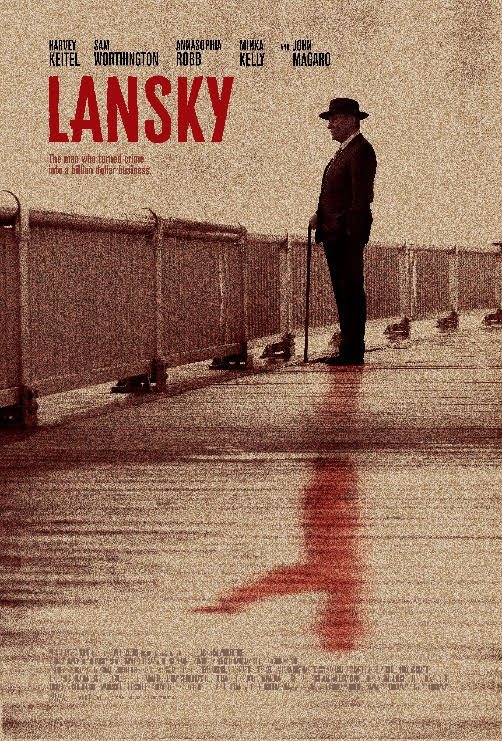 A dramatisation of what happened when a legendary gangster asked a writer to pen his biography.