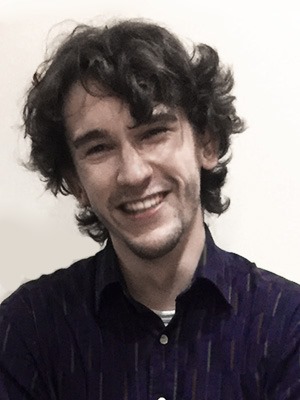 Mateusz is a ilm critic and visual culture researcher based in Warsaw. He graduated with a specialization in "visual culture" at the Institute of Polish Culture of the University of Warsaw. His work has been published, on the Notes na 6 Tygodni (Notebook for 6 Weeks), in the scientific magazine View. Theories and Practices of Visual Culture and the portal ZCyklu.pl, among others.

Since March 2018, he has also been running bilingual dedicated cinema website zawieszony - which publishes reviews in Polish and English.

Mateusz loves slow cinema and the feeling of being hypnotised by the movies – so he mainly deals with artistic and festival cinema. His fields of research are works created by women and socially involved cinema. He tries to remember that in the experience of cinema reception he is above all a viewer, equal to every other recipient. For him, the personal value of cinema experience is the basis for sharing knowledge and feelings.

We have 34 reviews by Mateusz Tarwacki in the database: read them here

Concerned Citizen
Drama about the perils of gentrification

Yamabuki
A story of lost dreams and loved ones, longing for home and searching for one’s place in the world.

Forest For The Trees
War photographer Rita Leistner turns her expert lens onto a community of tree planters who overcome grueling conditions and emotional difficulties to bring back the forest one tree at a time.

The Stranger
In a small village in the occupied Golan Heights, the life of a desperate unlicensed doctor, who is going through an existential crisis, takes another unlucky turn when he encounters a man wounded in the war in Syria.

Once Upon A Time In Calcutta
After the loss of her daughter, Ela not only loses her identity as a mother, but also the only reason to be with her husband. But she finds starting the new life she wants isn't easy.

Silent Land
A couple find their relationship going south after a trip to an Italian holiday home begins to be fraught with problems.

Erasing Frank
The singer of a banned punk band is taken to a psychiatric hospital in an attempt to silence him.

Luzifer
Johannes, a man with the heart of a child, lives secluded in an Alpine hut with his mother. Daily life is governed by prayer and rituals but a tourist development threatens to poison their paradise.

The Story Of Southern Islet
A woman who is travelling to see a shaman to seek help for her ailing husband endures strange encounters and unearthly experiences.

Walk With Angels
Documentary follows a former child soldier who now helps families regain their stolen children in the economically deprived townships in South Africa.
Share this with others on...