21 is a difficult age. One is expected to be a full adult and do everything independently, but people often still lack key skills needed for this, and have no idea where to acquire them. What's more, some are still experiencing the emotional turbulence of the teenage years. To have to deal, on top of this, with the sort of events that would turn anybody's life upside down can feel overwhelming.

James White is just that age. He's unemployed. He sleeps on his mother's couch. He likes nightclubs, drink and drugs; he gets into fights and he makes passes at strangers. He doesn't feel that he has much direction in life, and perhaps that shouldn't be a big deal, but a family crisis plunges him into despair; and when, subsequently, he has to give up everything else to become a carer in a system that provides limited support, he has to grow up fast.

Deliberately disorientating at first with its collage of high volume musical scraps, its distorted visuals and deliberately patchy editing, James White the film comes into focus as its central character does, and like him, its seems perpetually on the point of lurching off balance again. When James loses his temper, his friends are scared of him - and with good reason. In an early scene we see what he can do when enraged; we also see how quickly his mood can flip. But there's something about James that inspires great affection in those close to him, and not just because they're aware of the struggles he's facing. His very incompleteness suggests there's room for something special to grow if he can just get a break. He dreams of becoming a writer. He's got the voice but he needs to learn to stop using it just to shout.

Holding this together is a strong performance by Christopher Abbott, building on the promise he showed in Martha Marcy May Marlene and A Most Violent Year. He makes James edgy, uncomfortable, but still someone we can believe in. Balancing his with equal skill is Cynthia Nixon as his mother Gail, who is forthright and assured at first but gradually losing her mental capacity and less and less aware of what is happening to her. An intelligent script finds the tenderness at the heart of their relationship whilst still revealing the frustrations they both feel.

Most films dealing with illness and carer relationships follow the same emotional paths and miss the same points. This film, by contrast, feels fresh and real even to those of us who have been there. Writer/director Mond keeps the characters at the centre, their situation just one of those things. They're not defined by what happens to them; all it does it filter out some of what they thought they were. Crowded spaces and low lighting show us the pressures closing in on James, challenging him to prove that he's the person his mother always hoped he could be - somebody who can survive without her. 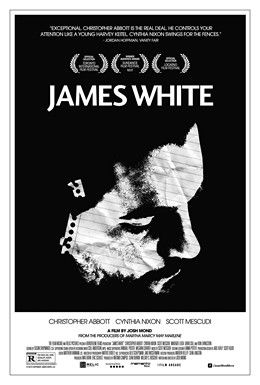 A young New Yorker struggles to take control of his reckless, self-destructive behaviour in the face of momentous family challenges.