Romantic fiction for women, despite its enduring popularity, is there to be sniffed at, with the teenage version often attracting particularly sneering responses. But, as anyone who ever filled their bookshelves with Sweet Dreams Romances or the young adult books that came before and after will tell you, there's an art to it. The best of them are romantic in every sense of the word; the relationships - both family and snogging - tend to be of a borderline fantasy nature, with parents usually supportive in ways teenagers often feel their own are not and boys sensitive, often interested in the arts and just flawed enough to make the will they/won't they scenario work. There is room for sentiment - preferably with physical tokens of affection - but not sentimentality. And, if the writer is particularly good, there is also likely to be a dramatic framework to keep the action moving.

Gayle Forman's story is all of the above, empowering her heroine Mia with a particularly tough version of choice - the key element to most of these sorts of novels. This is because cellist Mia is not simply choosing whether she wants her romance with older (rock) musician Adam to go the distance or which college place to take but also whether to live or die - as the entire framework of the film happens in the aftermath of an accident, with the story told in flashback as Mia's life hangs in the balance.

Shauna Cross has shown her ability to create strong female characters with Whip It! and she does a good job with this adaptation, breathing distinctive life into Mia's mum Kat (Mireille Enos) and best friend Kim (Liana Liberato), despite them being on the periphery of the story. Director, RJ Cutler, meanwhile, may be best known for his documentary The September Issue, but he cut his teeth on documentaries involving teenagers (American High, Freshman Diaries) and his understanding of these transitional years shows. Flashback films can be difficult, often feeling torn between the present and the past but Cutler moves smoothly between Mia's memories and her current out-of-body experience so that the life or death situation adds weight to, but does not detract from, the more film's more traditional romantic moments.

Cynics may find it been there done that but for the target audience, this is wish-fulfilment romance to the max. Unusually, for this type of film, Chloe Grace Moretz is, at 17, the perfect age to play Mia. Because it has been cast in the right age group - as opposed to the usual shoehorning in of a twentysomething - there is a genuine sense of first love about her portrayal and she brings a shyness to her romance with the Adam (played by James Blackley, 6 yeaers her senior), which feels truthful in its tenativeness. Other than its central character being firmly in charge of her own destiny - always a pleasant change - there are no big messages in Cutler's film beyond an affirmation of family and friendship. But it is good, old fashioned entertainment with a heart-beats-faster emotional core, that should easily see teenage girls lining up for repeated viewings. 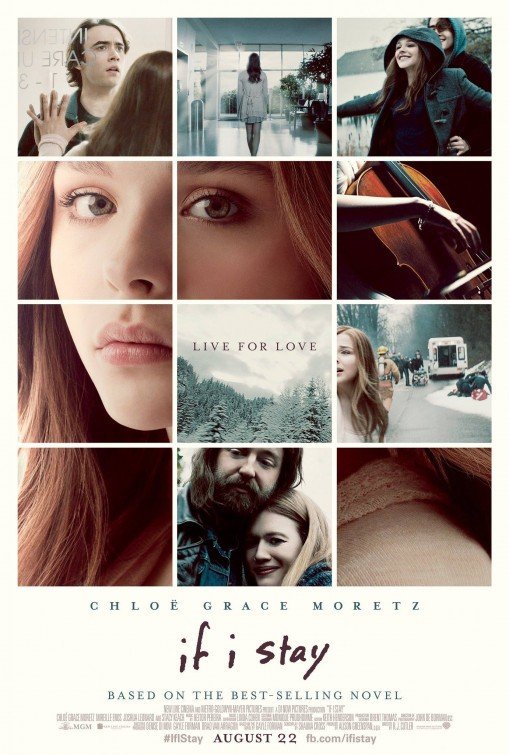 A teenager faces the choice between life and death.

Writer: Shauna Cross, based on the novel by Gayle Forman

The Fault In Our Stars