The crystal meth that finally comes into play in social drama Ice Poison may well have be potentially deadly but it is the social deprivation in Myanmar (formerly Burma) that Burmese-born director Midi Z suggests is the real killer. He introduces us to this world of want through the eyes of a young farmer (Wang Shin-hong) living in rural poverty. In a long-winded set-up, which wallows unnecessarily in the finer points of farming, we see him discuss this fiscal plight with his father (Zhou Cai Chang). Unwilling to let his son head to the jade mines, where drug use is rife, the pair broker a deal to trade the family cow for a scooter, with the loan conditions involving the slaughter of the animal if no money is forthcoming - yet another nod to the idea of death is never far from the population's minds.

The presence of the bike kickstarts the film, as the young man (in keeping with the idea of the anonymous masses he is never named) tries to ply his trade as a taxi service. For those familiar with this sort of movie, it will come as little surprise that making money is no easy task and it proves a major struggle for him to even secure his first fare - aficionados of the genre will also not be backing the survival of the cow. The woman he picks up, however, turns out to be pivotal. Sanmei (Wu Ke-xi) has returned from China for a family burial, with the sense of entrapment for her indicated by her mother-in-law's retention of her child back in China as a guarantee of her return.

Everything here suggests promises dashed - from Sanmei's original move to China with hopes for the future to the dead end (and cow), which seems to beckon for the farmer. It is with a matter-of-fact shrug, then, that Midi Z presents the prospect of becoming drugs couriers as an option, that though dangerous, offers tangible potential for both protagonists as a catalyst for change. Midi Z never judges his characters but, as the pair of them find escape, first in friendship and then in drugs, he suggests that even this promise of a different future is hollow.

The director's snapshot of the country and its traditions may be bleak but it is also naturalistic, with early scenes straying close to pure document. Those unfamiliar with Burma - which is surely most of us - will find insight into the problems facing those at the lowest level of society but in its broader sweep, the narrative is very familiar. This is unfortunate as, with the pacing so glacial, the predictable story is likely to prove fatal for all but the most patient viewers. 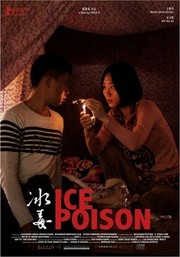 A young farmer becomes a drugs courier in a bid to make ends meet.