We get a view of Zlatan Ibrahimovic any number of defenders have seen, his back advancing across the pitch. Ajax' stadium looming over, the Amsterdam Arena that now takes its name from another club legend, Johan Cruijff. "Do you want a special position?" asks the coach, sending him away. Glossy black sportscar to his house, where sports journalists ask what they have to say to make this immigrant go away. That's not subtext, nor hyperbole. The clips are out there, still. Zlatan is a player who made, and has, history.

There's an indicative moment when he does not pass the ball. We're minutes into the film when there's a reminder, not a repetition, that's both reprise and precursor. Football is a team sport, but Zlatan is a figure alone. From the balcony where he uses a Cruyff turn to keep the ball away from a younger sibling, even when there are others in the shot he is dominant in the frame.

From the title card onwards, in fact. Cycles of behaviour paralleled between Dominic Andersson Bajraktati as pre-teen and Granit Rushiti as the adolescent and adult Zlatan(s). A début for both as far as I can tell, they both carry themselves with a surety that matches their subject. There's a physical resemblance too, Rushiti has got both the footballing chops but also a set of stance and expression that matches his subject. He (and Bajraktati) are from Albanian rather than Bosnian roots, but that's got less influence than the fact that Rushiti also played for Malmo's youth team.

There's some entertaining period detail, a trip to IKEA is something most will be familiar with. I don't know if, like LEGO, they've got a vault or museum where all the vintage stuff is kept. If it's a recreation by the film's production it's note perfect, even down to the nagging for a hot dog. All the staple ingredients of a sporting biopic are here, though they've been assembled with some intermittent verve. The film bounces back and forth between Zlatan on either side of his adolescence. There's a resistance to authority, a confidence in ability, a series of lessons.

His parents separated, one of the young Zlatan's comforts is a video of Muhammad Ali. A singular focus and a singular talent too, but nobody ever asked the man who wrassled an alligator and put lightning in jail why he didn't pass the ball. After a fellow player on a youth team is scouted to Malmö, we get another perspective. We've had cameras that follow behind our protagonist, slowly tracking him at both ages. We've had a camera fixed to the bonnet of his Porsche, but there's a moment of decision that's framed with a loftier gaze. The ball rises, the ball falls.

The footballing sequences are crisply put together, the constraints of junior football mean that elements are constructed from edit, though it's never in doubt that it's Zlatan on the ball. One shot tracking the ball to a scuffle at the corner has a singular focus that's made possible by the relentless run of a steadicam. There's even care to show the extent to which he is not a team player, though there are efforts to balance that with discussion of upbringing, psychosocial environment, and opportunity. In the footballing moments all of that fades away, like noise from the crowd. There's plenty of reference and reverence. There's a comic moment involving a Thomas Ravelli Panini sticker, "who the hell is...?" or words to that effect. Last year Ibrahimovic beat Ravelli's record to be the oldest player to make an international appearance for Sweden. Age hits strikers and goalkeepers differently, and in one of the earlier sequences it's made clear that Zlatan is no goalkeeper.

Nor though, is a he a stranger to goal. That despite the obstacles put in his way, chief among them his temperament. While some films use a squall of noise or distortion for distress or aftermath, I Am Zlatan drops to silence. There's plenty of opportunity for quiet, sullen, introspective, stunned. There are moments of tension in corridor approaches, a stillness that is sometimes wasted in musical cues.

Expository football commentary playing to sleeping parents isn't as efficient at setting stakes if you're not familiar with Zlatan's career. His relationship with agent Mino Raiola (Emmanuele Aita) was important to his success, and we're given some glimpse of it. They are among several moments where an adult is disappointed by or disappoints our protagonist, where reaction shots mean we are watching people watching television.

They are also opportunities to disappoint audiences. This takes us as far as Juventus, but while we see plenty of the real Zlatan's cavalcade of goals, many of which are improbably acrobatic they're still just TV football. Never as inventive in their presentation as the film itself. There are shots where I believe the crowd have been composited in, a mixture of the real and unreal that makes bits of this feel like the videogames the real Zlatan is a fan of. Though it's almost certain that rights issues mean it's Tekken and not FIFA.

Jens Ostberg is listed as football choreographer which as a role probably isn't unique to the film but I'm not re-watching Escape To Victory (among others) to check. That unreal sporting allows moments on the pitch that transcend time and it's in that handful that I Am Zlatan is strongest.

Based on David Lagercrantz' authorised biography of the same name, it was co-written with Jakob Beckman. Beckman was story-editor for ensemble film X&Y but this is a first feature. Director Jens Sjogren's done some TV, a feature a decade ago involved a character who created fictitious memoirs and in 2001 a comedy vehicle for someone ruthless and insensitive in the similarly football influenced Dan Backman 1-0. This is a workmanlike production, and for all its moments of quality it is left in the dust by 2016's documentary Becoming Zlatan.

Despite two strong central performances, this is a partial story, partially told. There are moments where it stitches things together with sublime grace, but it's still patchy. It might be irony that a footballer who famously doesn't play well with others has led to a film with elements that don't quite work together. Even as we enter the off-season in football, at least in Europe, it seems likely that if you had this time to spare you might be better off watching a match. There, at least, there'd be drama from uncertain outcome. There might not be satisfaction from a draw, but there'd be more to draw you than is sketched out here. 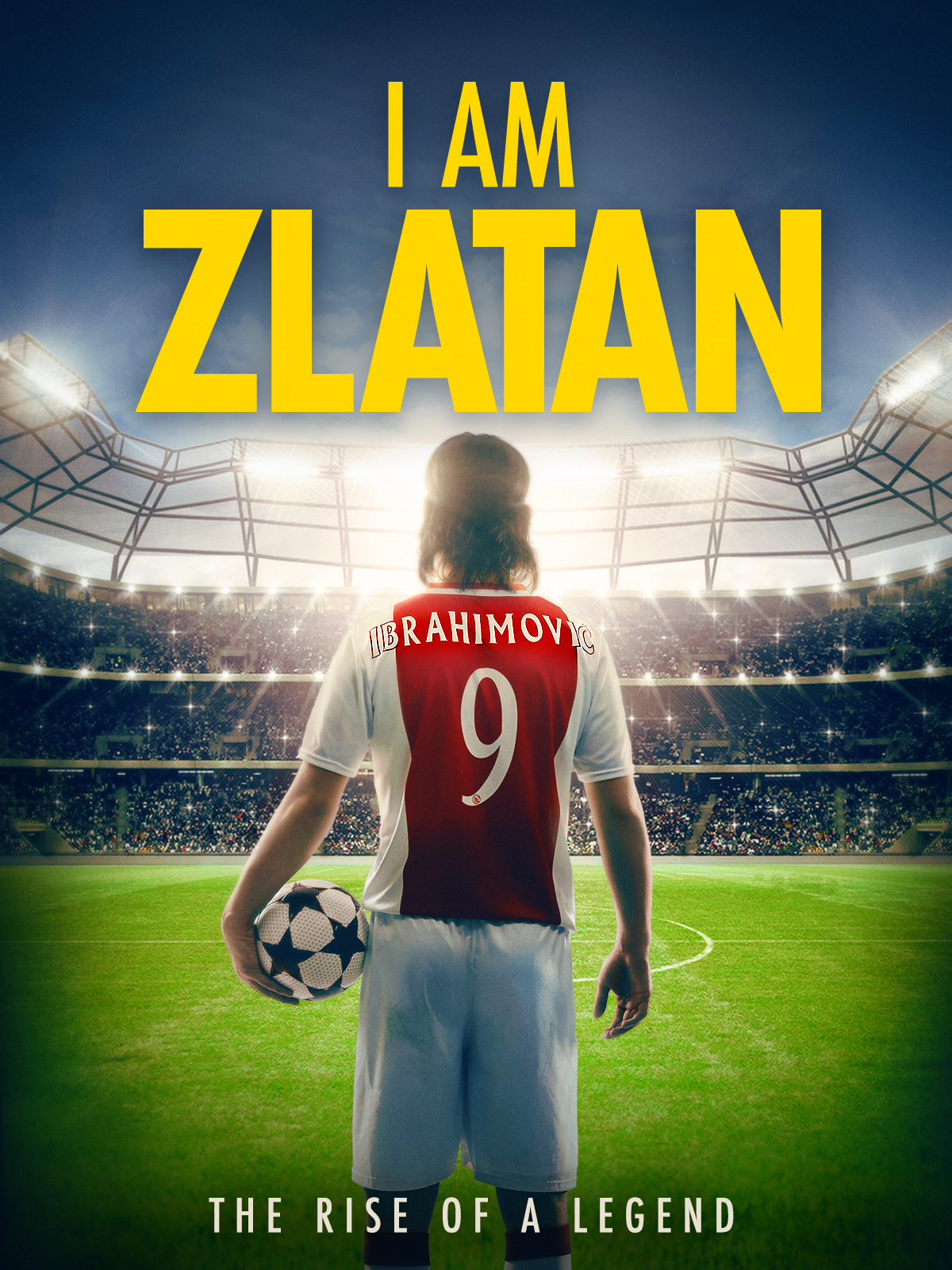 Writer: Jakob Beckman, based on the book by David Lagercrantz