Leigh Janiak's debut feature - co-written with Phil Graziadei - treads the borderline between psychological drama and horror, harking back to the likes of Rosemary's Baby and Invasion Of The Body Snatchers, with character as important as shock tactics.

Bea (Rose Leslie) and Paul (Harry Treadaway) are newlyweds and heading off on their honeymoon to a house by the lake. Janiak deftly sets up the pair's characters through a cutesy wedding video, which allows the two of them to say where they met and establish their bond. It's believable and the chemistry between Treadaway and Leslie has the tipsy buzz of new beginnings and shared rituals.

As they wander round their love nest - a childhood holiday retreat of Bea's - Janiak throws in enough details to draw us in but not so many as to make it feel like a catalogue. Soon a trip to a local restaurant brings the first inklings of disturbance that will culminate in eerie goings on in the night. The next day, something is not quite right - the only question being what exactly.

Hints abound and fans familiar with genre staples will quickly get the thrust but even if the trajectory is familiar, the characters remain distinctive. Treadaway and Leslie are both intensely likeable, meaning you root for them as a pair rather than looking for one to gain ascendancy. Ben Huber and Annie Brown, in the secondary roles, also do a good job with limited screentime, although it's a shame their characters aren't permitted to unfold more.

There's a sense of a hand being tipped too early in terms of what is actually going on - sweeping lights in the woods have come to be a shorthand we all too easily understand - and the more Janiak begins to flirt with outright horror, the more you wish she hadn't. Still, she makes very good use of the confined space she has available and the limited number of sets - the house, the wood, the lake and the restaurant - and shows how tension can be mounted on a budget. It's also very welcome to see such a strong female character in a horror film, contrasted with a man who is all at sea in the face of what he perceives to be her 'changed' attitude, as opposed to the other way around.

The cracks show occasionally and it's a shame that one of the film's most chilling ideas about different notions of hiding is thrown into the mix hastily rather than being allowed to gnaw away for longer. But there is also a confidence, ability to extract good performances and skill at work which suggest Janiak and Graziadei could achieve more in future with a bigger budget. The superior character set-up brings to mind Jim Mickle and Nick Damici's debut Zombie Virus On Mulberry Street, which certainly bodes well. 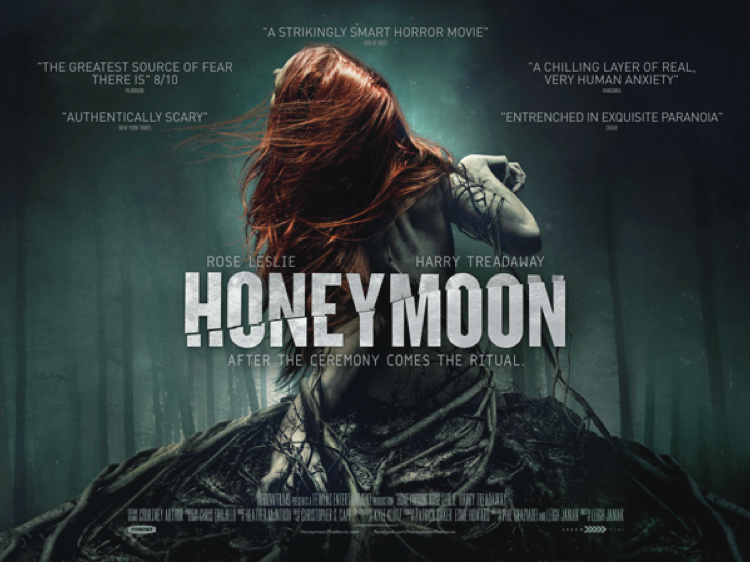 Two newlyweds find their relationship tested in a house by the lake.