Heroin addict Charlie (George Webster) has been planning to commit a violent crime. He wants money. He wants revenge. It all began when a young woman turned up at his addiction support group and said she was addicted to sex. He goes into all of this, in great detail, in front of his bemused counsellor. Won’t she feel obliged to report him to the police? Perhaps, but not everything here is what it seems.

Director Jamie Patterson has an established affinity for Brighton’s underworld, for the people on the margins whose stories are not glamorous enough to attract attention most of the time, yet who don’t have enough control over their own lives to lead more conventional narratives. Whilst this one may sound familiar, it’s less a retreading of the familiar noir plot than an experiment in applying its tropes to people far less competent and less considered in their actions. They don’t have useful experience or transferable skills or exciting underground contacts. They don’t even have photogenic dress sense.

At the outset, Charlie’s life is a mess. He’s the sort of addict we don’t see much in film, because he doesn’t fit the ‘heroin screws you up’ narrative in a suitably bleak way, though he’s quick to advise others not to try it. He smokes rather than shooting up; he can hold down a job; he can get by without depending on other kinds of crime. He goes to the support group because it’s where he meets his dealer, but with his dealer now planning to move out of town – and forced to explain with some frustration that no, he doesn’t have a duty of care – the time has come for Charlie to make some changes. It’s a coincidence that he happens to meet the object of his affections (Sky Lourie) at this pivotal moment. What to her is just a one night stand is, to him, an invitation to a better life. Though she tries to resist his impulsive suggestions, the idea of freedom and a big pot of cash makes dating a junkie a lot more appealing.

Whilst the dark comedy here generally hits the spot and the characters are quirky yet believable, God’s Petting You – named for Charlie’s description of the way heroin makes people feel, which underscores his abiding need for attention – doesn’t really have enough substance to justify its running time, and is very slow in places. Nobody seems to have taken the script in hand to trim out unnecessary material before shooting, with the result that dialogue tends to run on as if we were in a real situation, not an interesting one. A twist near the end almost rivals Promising Young Woman for twee wish-fulfilment. The final one, delivered so smoothly that some viewers won’t even notice it, is far more effective.

There are some good performances here, including one from Alice Lowe, excellent as always in the role of the therapist. Her deadpan style is the perfect counterpoint for the incoherent enthusiasm with which Webster imbues Charlie. Affectionately written though they are, the two leads seem designed to be observed from a sober distance, and a fair bit of the comedy plays out at their expense.

Though this is far from Patterson’s best work, it serves well enough as a contribution to his ongoing observations about the town he loves, and for people who see Brighton only in terms of seaside and candy floss, it will be a wake-up call.

God's Petting You screened as part of Fantaspoa 2022. 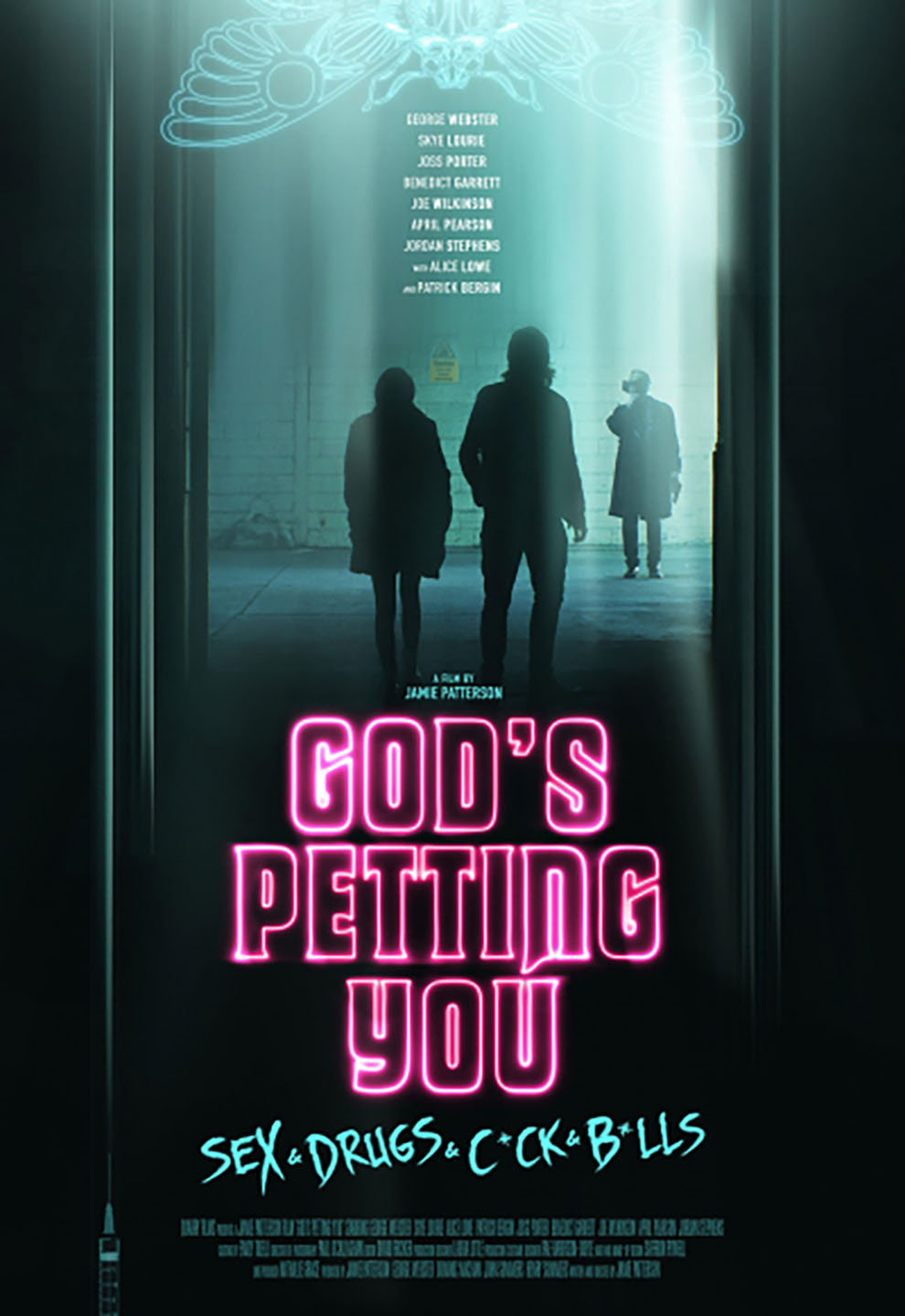 A dark and twisted comedy which explores the depths and depravity of the Brighton underworld.