James Brown was known as the hardest working man in show business and The Godfather of Soul. An ex-jailbird, he was not a nice person and this biopic reflects that. Like his financial affairs, it's a bit of a mess.

We have the bad seed sown in the dark forests of South Carolina where his Daddy beat up on his Momma and young James was dumped in a brothel for safe keeping when the family broke apart.

Such beginnings are the stuff of legend. They are not unknown amongst luminaries of black music. It was either a brutal childhood, or gospel choirs in the Baptist church, or both.

Brown took his chances - and then some. He joined a group, changed their name to The Flames and assumed control. They appeared on teeny bop white bread TV shows and looked as dangerous as Elvis once was. He invented moves that Mick Jagger would use to even greater glory and took advice from Little Richard when they met at a Southern gig.

The film follows the modern trend of shuffling years in a way that is more confusing than revelatory. Brown's character is blistered by his upbringing, or rather downbringing, and there are moments of tempestuous violence as well as seductive charm. Once fame blurs his vision he stops listening. Only on stage does the fire blaze.

Brown was stocky, short, a ball of energy. Chadwick Boseman, who plays him, is 6' tall, much better looking and a talent to watch. His performance goes a long way to compensate, especially in the spotlight, giving adoring fans the full Godfather vibe. 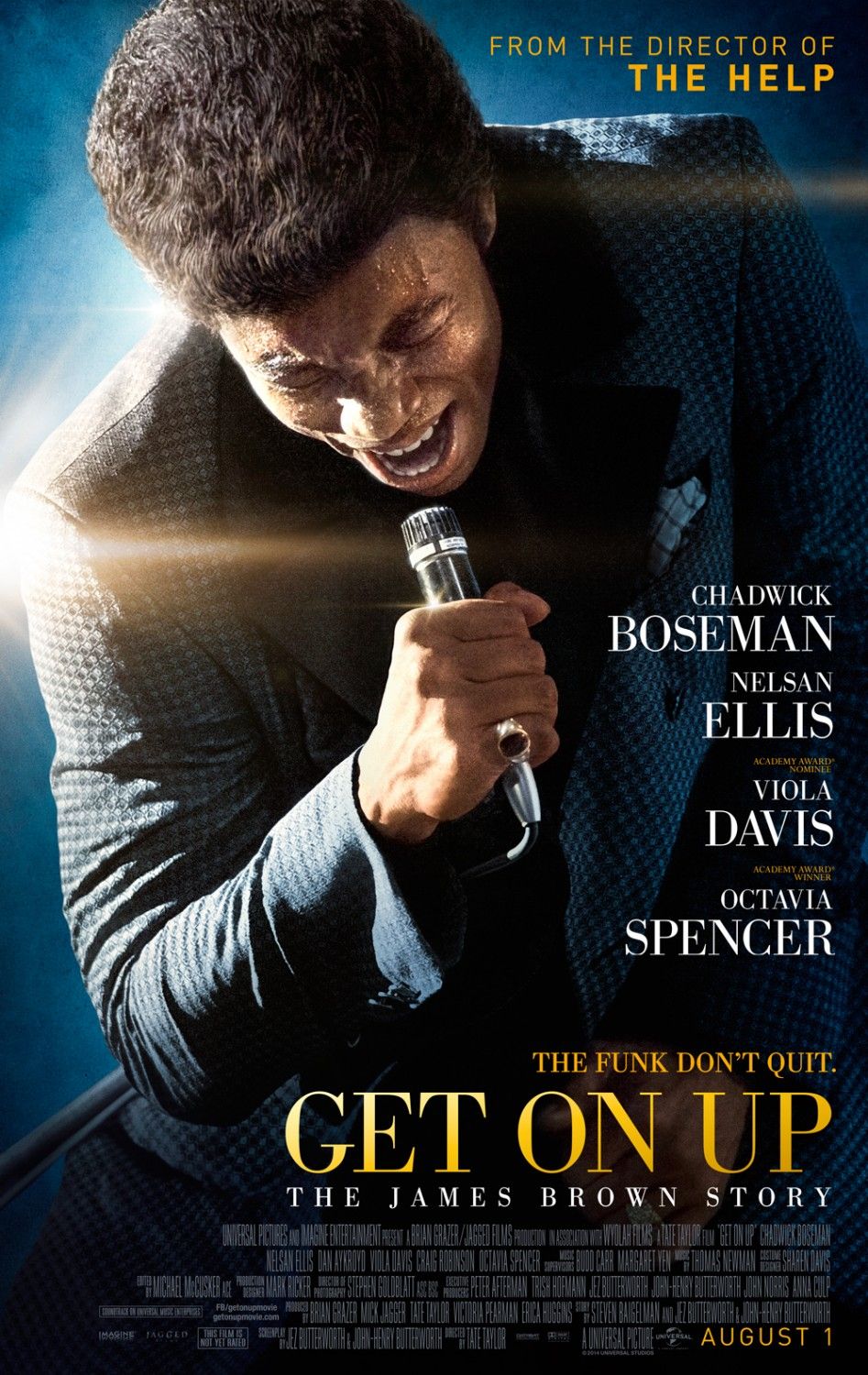 A chronicle of James Brown's rise from extreme poverty to become one of the most influential musicians in history.