After all the hype and controversy that preceded Fifty Shades Of Grey, I was more than prepared to hate the film on sight. In the end, though, it was neither quite the way I would choose to while away a damp winter’s afternoon, nor my greatest recent waste of time.

Ordinary? Everyday? Well, Christian (Jamie Dornan) – the Mr Grey of the title - is a perfectly ordinary everyday multi-millionnaire (think Richard Gere in Pretty Woman). His obscenely large amounts of ready wealth allow him to indulge his one minor character flaw and love that dare not speak its name. No, he is not gay (though that is a slightly tiresome running joke in the film), but a dominant sadist.

Other borrowings include an obsessively meticulous wardrobe, shirts and ties stacked neatly side by side (think Mickey Rourke in Nine And A Half Weeks), and a free-wheeling outing with girl interest, Anastasia Steele (Dakota Johnson) in a glider (think Steve McQueen in The Thomas Crown Affair).

The film starts well. As Anastasia literally falls across the threshold of Christian’s office, it is clear, through close-up and much intense staring, that she and he are destined to “fall for” one another big time. Dislike heavy-handed metaphor? Then you’ll certainly hate the swirling grey clouds with which the film proper opens.

What follows is prolonged debate, as it becomes clear that they really, really want one another, but Christian will only take her if she agrees to be his submissive and signs a contract to that effect – and Anastasia will only take him if he agrees to hold hands and cuddle.

Along the way, there is some very nice sensual sex, of the sort that most nice couples experiment with at least twice in their lives – and one episode that descends into sadistic nastiness. They meet Mr Grey’s mother and Anastasia’s mum. But blink and you’ll miss them. They play little part in the overall narrative.

Much that was criticised about the original novel – Grey’s creepiness and uber-control freakery - have vanished. What remains is a vision of the sort of sex one might get to have with unlimited budget, helicopters and peacock feathers.

Unusually for a weekday, the cinema in which I watched this film was packed: the audience somewhere between 70% and 80% women, who tittered and applauded in those places where, I suspect, director Sam Taylor-Johnson expected them to.

My sympathies to the partners of this impromptu hen party who, I somehow suspect, are going to be urged to imitation at some point during the course of this Valentine’s weekend.

Many thanks to Cineworld Stevenage, who acted as hosts for this review. 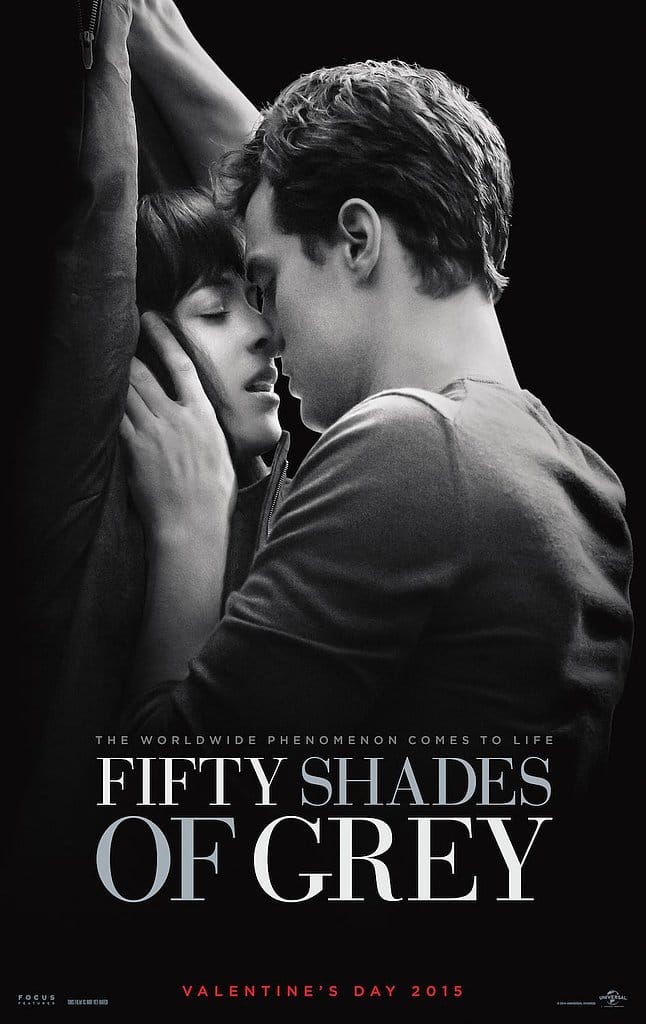 A student's life is irrevocably changed when she meets a tormented billionaire.

Writer: Kelly Marcel, based on the novel by EL James