Echoes Of The Past

On the 13th of December, 1943, something so awful happened in the small Greek town of Kalavryta that the few survivors struggled to speak of it for many years afterwards, and were not always believed when they did. Ultimately, many of them realised that telling their story was a vital thing, a way of preserving their stories and traditions as well as a crucial step in the struggle for justice. This became all the more urgent over the course of a century in which similar atrocities came to be committed elsewhere, not stopping with the Nazis. Sometimes, where a true story is too painful to tell, a fictionalised version can be used to get the important points across, and Echoes Of The Past strives to do just that. it is a story about a story, focusing on the push for reparations and one modern German lawyer’s (Alice Krige) experience of meeting with a survivor.

The survivor, Nikolas, is played by the legendary Max Von Sydow in his final performance at the age of 90. Though he looks incredibly fragile, he is still able to command a certain dignity, a certain beauty, and of delivering a complex portrait on a man who is still haunted, who longs to exorcise his memories but knows that talking may not be enough. He is, however, absent for most of the running time, so fans should not be misled by promotional materials which make him look like the star. For the most part, his character is carried by child actor Maximos Livieratos, who is an innocent baffled by the mechanics of the nazi occupation, bribed with chocolate and card tricks by the soldiers who come to stay in his home. He’s just old enough to understand that his father is involved with the resistance, and to recognise the danger of that; just young enough still to be seen as a child.

Central to the story as it is presented here is the local legend of the Austrian, a soldier said to have helped people escape from his fellow Nazis even when he knew that he could face terrible consequences. The real existence of this figure is still disputed by historians, but as there certainly were individuals who resisted within Nazi ranks, it seems appropriate to celebrate him. Though we learn very little about him beyond a short speech in an epilogue, he’s ably played by Prometheus Aleifer, who illustrates his journey through facial expressions with no room for grandstanding, and he seems to represent a different kind of heroism which has rarely been addressed in such films before, providing a reminder that it is always possible to stand against fascism and brutality but that many of those who do so will forever remain anonymous.

The framing of the atrocities of war through the eyes of an innocent is a tried and tested device – perhaps a little too much so – and there’s nothing particularly new about it here. Although all of the performances are competent, none really stands out, presenting a problem for the film, which may struggle to reach beyond audiences already familiar with its core subject. Whilst there can be no doubt that this story deserves to be told, viewers more generally are likely to greet it with the same melancholy familiarity as its numerous kin. It is difficult to keep telling these stories using the same cinematic language and expect that they will continue to make an impact, especially as the horrors of the Nazi era recede from human memory and younger generations find it increasingly difficult to relate. Von Sydow himself was a teenager when these events took place and manages to capture, here, some of weight of responsibility felt by many of this generation, as the last witnesses to something which might all too easily be repeated.

One might say something here about an echo which resounds and resounds, losing a little of its intensity each time. The familiar figures: noble yet troubled father, worried mother, cold-hearted commandant – move like figures in a passion play, ably presented and yet less and less connected to a world we recognise. There is nothing wrong with this film and yet it struggles to find a voice of its own. It is very much worth watching if you’re interested in the history of the period. It is another voice among many, swelling in sorrow yet already fading, drowned out by the relentless clamour of time. 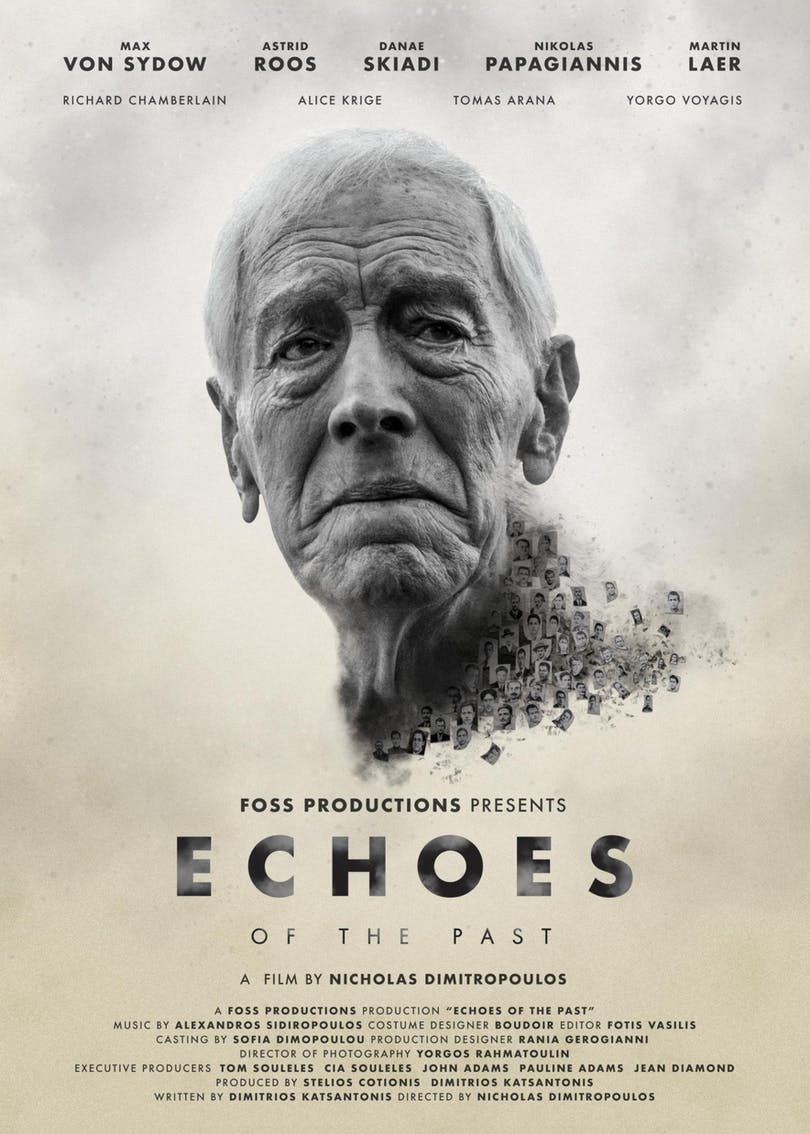 A fictionalised take on the massacre of Kalavryta in which a survivor tells his tale decades after the fact.