Zane (Alex Stein) is having a bad day. Without warning, he’s been thrown out of his band, Withered Christ, just when it was due to play in support of his longstanding idols, Grandma Incinerator. He’s also been dumped by his girlfriend, who now sees him as a nobody. The last thing he needs is to have to contend with an extremist priest who, after having been scolded by his superior and disfigured in an accident, has decided that it’s his God-given duty to cleanse the world of heavy metal fans.

With a premise like this, you’ll naturally be expecting trash. Death To Metal won’t let you down in that regard, but it will surprise you. The script is well paced and genuinely witty. The actors have great comic timing. The director is not just competent but creative, especially when handling crowd scenes. In short, you will get all the benefits of a ridiculous concept and, um, execution, with none of the usual downsides.

The action is structured around the annual Metal Massacre music festival, which basically takes on the role of that traditional local water-based festival found in 80% of killer shark films. In the circumstances Zane is hesitant to go, but he’s talked into it by best friend Mariah (Grace Melon), a vaguely indie, grungy looking young woman who scrubs up pretty well with eyeliner and a new wardrobe. It’s obvious to the viewer, of course, that she has feelings for Zane, but she’s so used to him making terrible choices and he’s so used to using her as a shoulder to cry on that nothing has been done about it. Will they end up together tonight, or will they end up in lots of separate pieces?

What outsiders tend to miss about the metal scene is its warm humour, and there’s plenty of that here, beyond what’s generated directly by the story. It’s built into the characters, from the headline band who sing about killing the elderly but are getting on a bit themselves to the really very ordinary couple who run the festival and are raising a metal-crazy little boy. It’s this that the troubled priest fails to understand. We get a hint of why in a flashback scene which depicts him as a bespectacled child whose Bible is destroyed by Satanist metallers, a cute take on Fifties-era cautionary films.

Whilst there’s nothing exceptional about the music here, it’s good enough to entertain, with amusing lyrics, and the observations made about it are spot on. The special effects are of the cheap and cheerful variety but that’s exactly what most viewers are likely to want. Death To Metal has been made by people who understand their audience perfectly, and whilst it’s unlikely to be considered great art, it may well become a cult favourite. 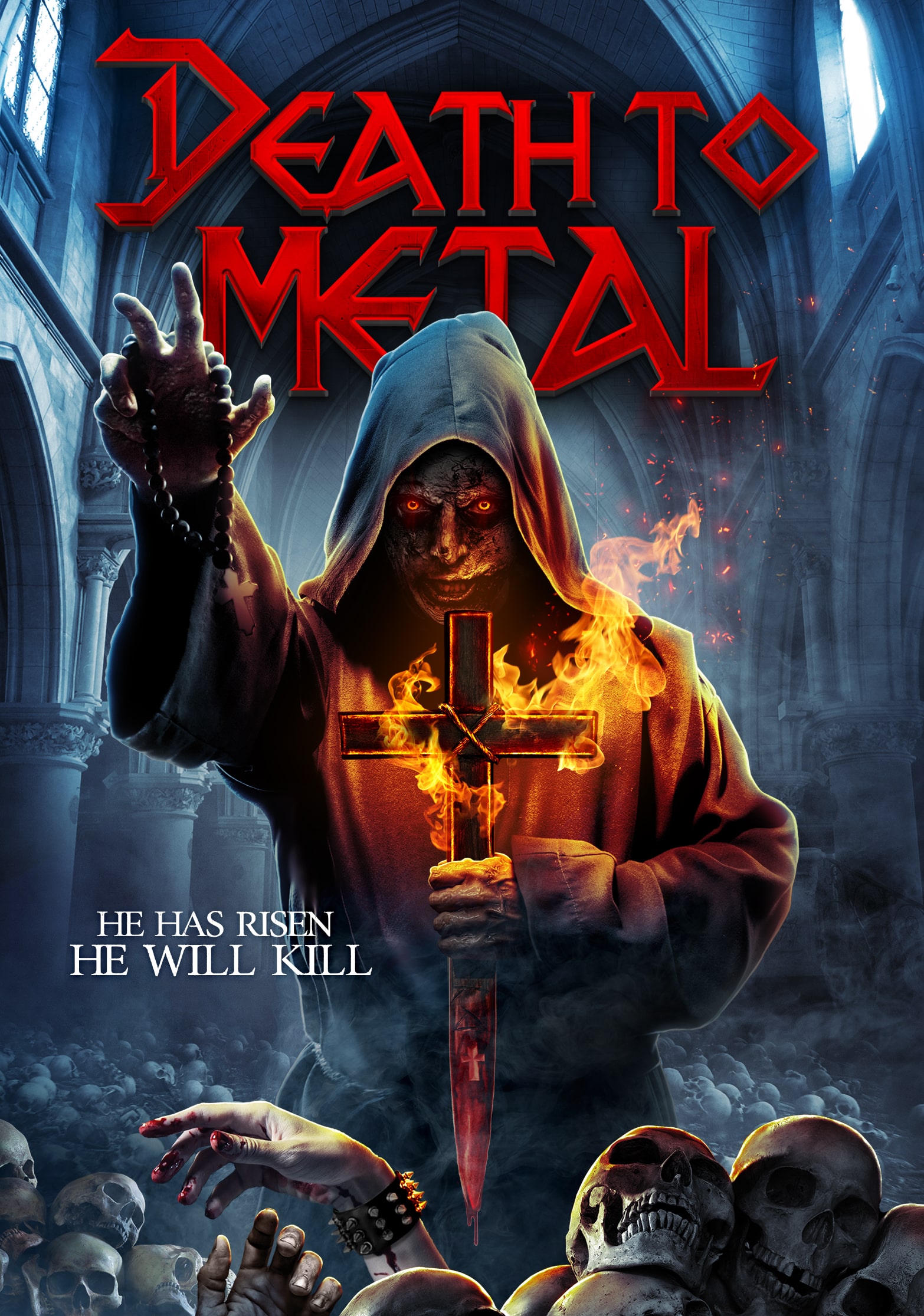 After a freak accident, a disturbed priest is transformed into a mutated killing machine on a mission to wipe out the godless fans of heavy metal music.

Psycho Goreman
Skull: The Mask
This Is Spinal Tap