What would you do if you woke up shortly before dawn, after a night of hard partying and strange rituals, to discover that there was a dead man nearby and you had brand new pointy teeth? Mason (Gijs Blom), Bin-ray (Philip Juan), Anastasia (Anna Marchenko), Alexander (Yen Tsao) and Lulu (Aviis Zhong) are among the richest young people in the world, trust fund kids from families with private fortunes in the billions. They habitually take it in turns to try and surprise one another with new experiences. This particular experience involved a trip into the jungle to participate in a mysterious native ceremony. Now all they can think of is that, just in case, they need to find shelter before the sun rises.

A hit with critics and audiences alike when it played at the Rotterdam Film Festival earlier this year, David Verbeek’s film concerns itself not-so-subtly with the monstrousness of the divide between ordinary people and the super rich, but also, more interestingly, looks at the alienation experienced by those at the top. This isn’t new – work of this type has been around at least since the Renaissance – but it’s given a fresh edge in the context of Asia’s new wealth and the specific experiences of the young. Never before has there been a class quite like this – people whose families lack the experience that comes with old money; people growing up in a highly individualistic culture which places no weight of expectation on them; people who are too young to have developed sophisticated moral philosophies of their own. They’re intensely bored. Full of the same intense emotions as most people that age, but living in a world where nothing they do seems to have any consequence.

There’s an ache of loneliness here even before the transformation, a sense of distance and inability to connect with other people. What follows suggests that some of our protagonists have always, at heart, seen themselves as predators, whilst others strive to find a role for themselves as protectors. Even then, their logic is that of a different species, their loyalty only to one another. There is no sin that cannot be paid for with what is essentially meaningless cash. Decadent, playful, sensual experiments easily give way to extreme acts of violence but nothing can make them feel real. It’s Caligula syndrome.

What’s impressive is that despite this awful ennui sapping the life from his characters, Verbeek manages to craft a film with consistent momentum and intrigue. It’s a film full of twists and turns, built on a solid premise with characters whose choices make sense in the context of their world. Though you may guess some of what’s coming, not all the characters do, and this forces them to face up to painful truths about who they are. Whilst the world is their oyster, the context within which they can form honest social connections is very small, making the relationships they have with one another vital and precarious. This makes it all the more dangerous to try to hang on to some vestige of humanity.

In keeping with the style to which its characters are accustomed, Dead And Beautiful is a slick, glossy, handsomely produced film. The jungle may be rough and raw but it’s not long before the five are back in their familiar neon-lit world, exquisite and sterile. Even when they set out to explore the city, their designer clothes send a certain message and everything is coloured by their altered perspective, Jasper Wolf’s cinematography revealing what draws their eyes, be it architecture, art or flesh. As we move towards the end game, the neons seem to tint everything; even the ocean and the open night sky. The world feels less and less real. is this what it means to be undead?

Any sympathy we might feel is tainted by reminders of the tremendous destruction that they leave in their wake, but there is something else here. In every classic monster movie, the weight of condemnation extends beyond the creature itself to its maker, or to the society that produced it. The real horror here is something systemic. Pointy teeth only scratch the surface. 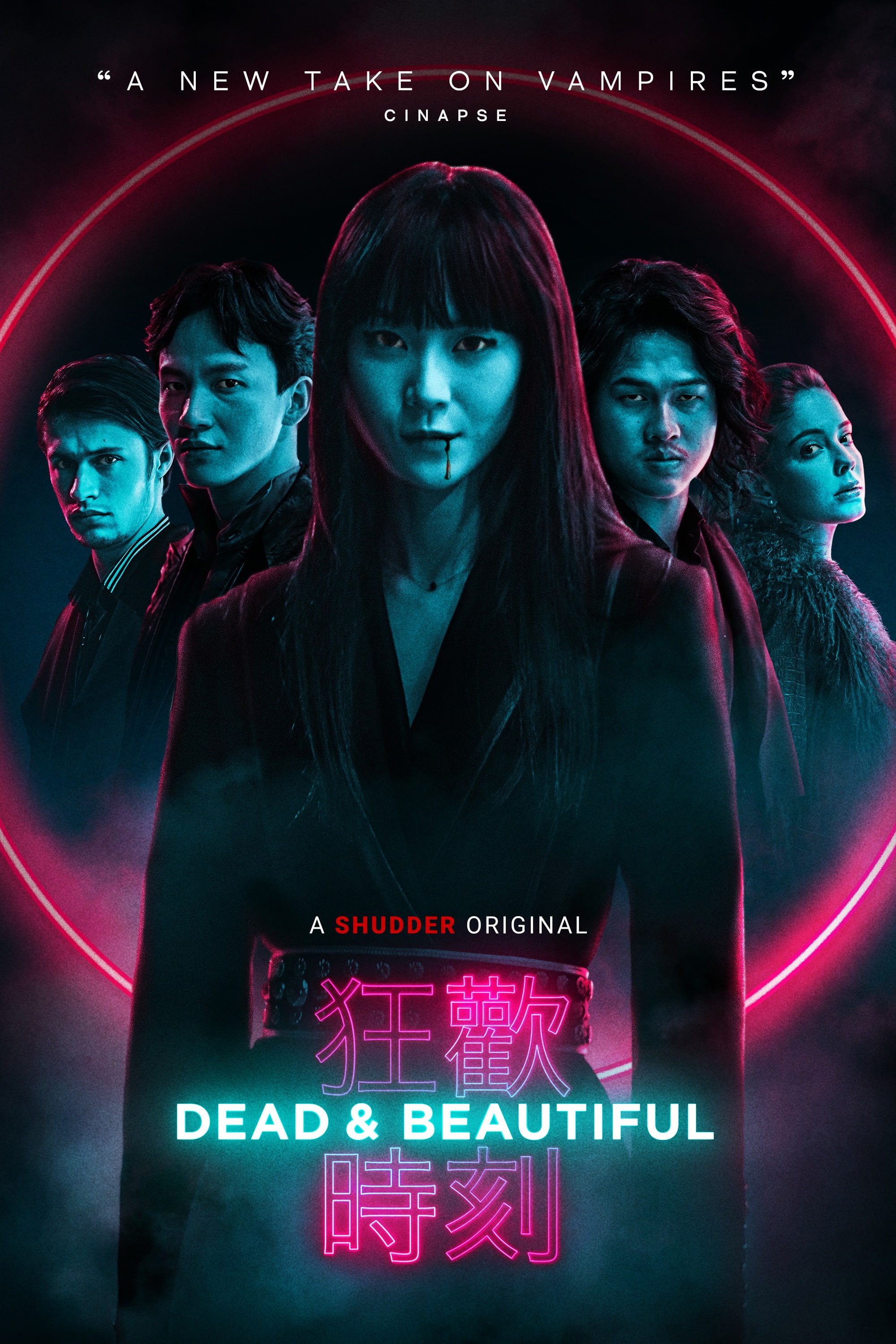 A group of young billionaires who are always trying to surprise each other wake up after a strange ritual with fangs in their mouths and a body nearby.