Passed from one global power to the next and then abandoned to the Taliban for a second time, Afghanistan is now all but forgotten by the wider world. It’s ranked as the worst place in the world to be a woman, and just as elsewhere, those who suffer most are the poor, often forced to sell their daughters into marriage so that they can buy food to keep the rest of the family alive. This short film, whose cast is entirely made up of refugees, tells the story of one fifteen year old girl who finds herself betrothed to a much older Taliban commander, and uses the symbolism of a coffin to express the danger she faces.

It’s a film created in the tradition of popular cinema in that part of the world, making it highly accessible to Afghan viewers, should they get the chance to see it, and likewise to people living in neighbouring countries. This may have the effect of making it harder for some viewers in the West to connect with, but the emotions which drive it are authentic and it’s loosely based on the story of a real girl. Given the nature of the situation, it would be hard to address it realistically in a less intense way. Furthermore, there is an element of satire in the way that the Taliban characters are hammed up to a grotesque extreme.

This is not just a story of suffering, but one of resistance, and it is politically challenging in the way that it positions Islam in opposition to the Taliban’s interpretation thereof. Their song, the Attan, which focuses more on self-congratulation than worship, is placed in opposition to the Azan – the call to prayer, creating a musical stand-off as our young heroine turns to her faith in hope of rescue. As such, it stresses the vital importance of faith to people who have nothing else, and there’s an implied threat: that Allah will pass judgement on those who betray His name.

With striking traditional costumes which, all by themselves, pose a challenge to the way outsiders tend to think of Afghanistan today, this is a vivid piece if cinema which will stay with you for more reasons than simply the horror it addresses. It’s a fierce reminder of what’s happening on a daily basis in this forgotten part of the world. If it prompts you to want to help, read the interview linked below (which contains some disturbing material) to find out how you can do so. 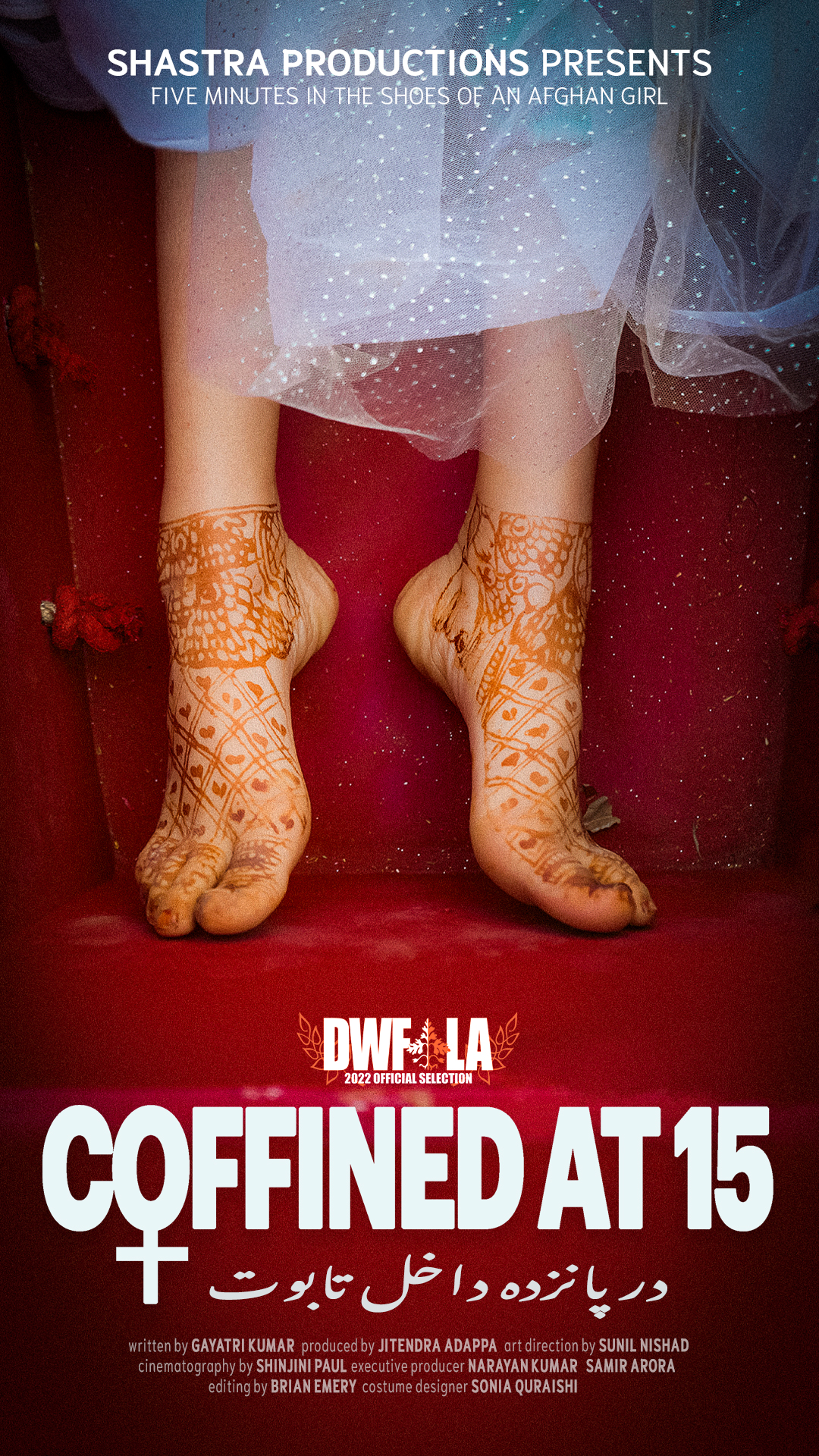 15-year-old Rihana is put into a coffin at the hands of her father to be sold off to an old Taliban soldier.

The price of bread