From the very first shots in Clara Stern’s Breaking The Ice (a highlight of the 21st edition of the Tribeca Film Festival) we are seized under the fast-moving spell of the Dragons, a Viennese women’s ice hockey team. Mira (Alina Schaller), the protagonist whose journey the film follows most closely, is the captain. Her family owns a vineyard where she works together with her mother (Pia Hierzegger, star of Peter Hengl’s Family Dinner) and grandfather (Wolfgang Böck), whose dementia begins to creep into the fibre of everything.

The armour-like uniforms of the sport when shed in the locker room of the Dragons reveal an array of very different women. One of them, Theresa (Judith Altenberger), newly joined the team and from the start it is clear that not-yet-definable sparks are flying between her and Mira. Dynamics shift when one day Mira’s brother Paul (Tobias Samuel Resch) returns home. Grandpa longed for him almost as much as for his dead wife and when the patriarch mislabels the bottles of Riesling and those of the Grüner Veltliner, the family knows that something must be done.

When the Dragons have to practice with the men’s team to, so they are told “get the tempo up,” not everyone is happy. Stern takes her time letting us discover what really concerns her characters, their hard shells and vulnerable cores. They crash into each other and skate as fast as the wind and we wonder why this highly cinematic sport is so rarely used in films. We learn of the strict rules to encourage discipline, as players have to pay one Euro per minute of lateness for any training session.

The flagrant inequality of support within the sport makes it difficult for the women players. There is often hardly any audience and they have to keep the spirit up themselves, with karaoke on the bus after a win and by supporting each other, which is not always easy.

Paul is a shapeshifter who introduces himself under different names, wears a variety of disguises, and has a bag filled with made-up biographies for himself. He also seems to think that Mira and Theresa might be good for each other and for himself as they embark on some Jules Et Jim adventures in the Viennese nights.

Their shenanigans have a different effect on Mira than meeting up with random women she meets online and leaves as fast as she can. Paul, who looks like Herbert Achternbusch one day and like a policeman or tourist in a Hawaiian shirt the next, tends to run when things become complicated. More family secrets about grandma and another sibling are revealed and Theresa has interest in playing hockey professionally abroad, as the games of hide and seek, of fort/da continue.

Breaking the Ice will screen in OutfestLA on July 22. 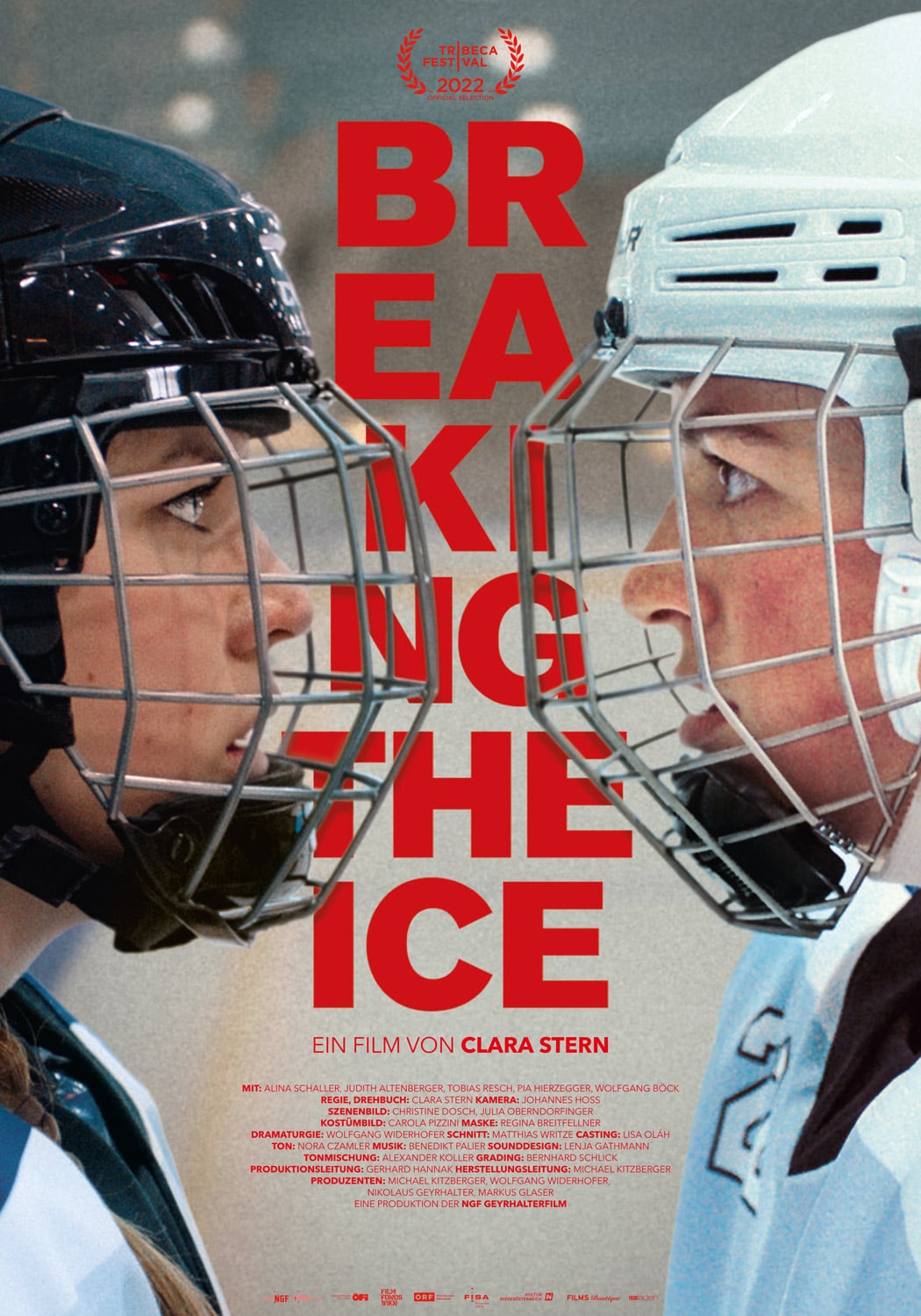 An Austrian woman escapes from the pressure of running her family’s vineyard by playing ice hockey. Then a new player arrives to challenge her rigid worldview, leading to a life-changing night on the streets of Vienna.