It is a persistent point of frustration for goths that people confuse them with vampires. Nothing points up the difference as effectively as the opening scene of this film, which sees the famous undead count (Udo Kier) trying to do his make-up and dye his hair (with a paintbrush, no less) without being able to see his reflection. The result falls a little short of what he’s probably aiming for, but perhaps that doesn’t matter. If he goes to Italy, his advisor assures him, people will respect him just because of his title. What’s more, thanks to the influence of the Catholic Church, he will be able to find a virgin there. Without the blood of such a woman, he has only a month to live.

As a matter of fact, Italy’s social mores are not what he has been led to expect. Taken in by the genteel but impoverished di Fiore family, the Count has unfortunate encounters with sisters who are sleeping with each other as well as their outspoken Communist handyman (a scenario which might be considered less surprising in light of the fact that the idea was Roman Polanski’s – you can see him, briefly, drinking in a nearby pub). Stemming from Andy Warhol’s circles and allegedly influenced by many Factory regulars, the film has that trademark combination of high artistic ambition and crude pornographic content, sometimes charming or am,using, sometimes repellent. A scene in which a 14-year-old is raped can be justified only by the equally crude political subtext. Rather harder to absolve is the way that halfway through, the abused girl starts to behave as if she’s enjoying it.

The cinematography, by Enrico Job and Luigi Kuveiller, is exquisite throughout. The silk costumes, never fastened, constantly falling off the women’s bodies, are lit and shot like those in Renaissance era paintings. The handyman, who also spends a lot of time naked, is posed like a piece of Greek staturary. There are virtually no likeable characters. They have a dazzling array of accents, even within the one family, which nobody attempts to explain, but which at least provide a distraction from the trite dialogue, Paul Morrissey’s skill behind the camera not extending to the script. Once one strips away the politics there’s very little flesh on the narrative bones.

Magnificently stylish and distinctly lacking in palatable substance, Blood For Dracula is arguably well suited to its subject matter. It’s part of Abertoir 2021’s retrospective strand and is, indeed, best watched with an audience, where its beauty can be appreciated but the laughter will flow freely and nobody will be in danger of according it more respect than it deserves. The ending, which recalls a certain scene in Monty Python And The Holy Grail but strains to be taken seriously, is a perfect summation of what has gone before. 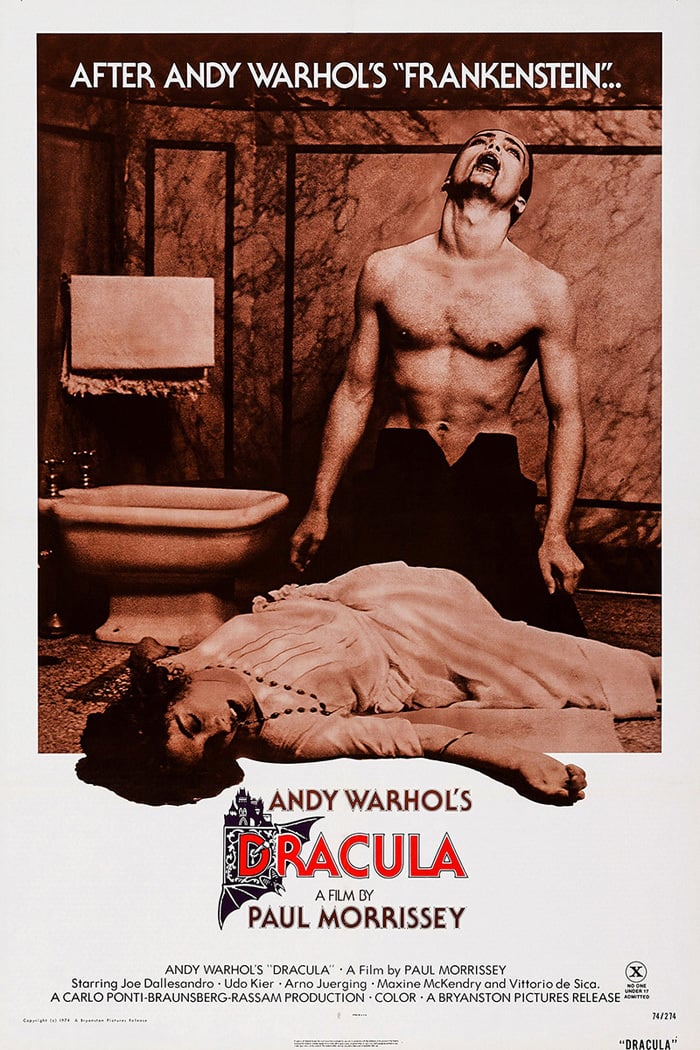 An ailing vampire count travels to Italy with his servant to find a bride.