On Halloween we celebrate creepy things. On Christmas we celebrate Christian beliefs, or family and togetherness. In between, on Black Friday, we celebrate capitalism – or at least, that seems to be the idea. It’s the world’s most painfully artificial party, but some people still go crazy over it. Those who really find it hard going, of course, are the unfortunate retail staff who have to cope with the rush.

At kid-focused superstore We Love Toys, that means downtrodden Chris (Ryan Lee), who, after four years, still has making Employee of the Week as his highest ambition; divorced dad Ken (Devon Sawa) who is struggling to find any real purpose in life; stubbornly professional Marnie (Ivana Baquero), who is involved with Ken but doesn’t take it as seriously as he does; stoic tough guy in waiting Archie (Michael Jai White) who makes a habit of being prepared for all eventualities; and an assortment of still more hopeless long term staff. They get their orders from store manager Jonathan, played by Bruce Campbell as you’ve never seen him before, sporting a beige V-neck cardigan and a half-hearted grey moustache. Though he enjoys hamming it up as usual, Campbell is playing a very different kind of character, an out and out coward who is utterly under the heel of corporate management. There’s not much he fears more than sub-optimal sales figures, but he’s about to meet it, all the same.

Whilst their families enjoy Thanksgiving dinners, these unhappy workers are preparing for the annual onslaught of seriously competitive shoppers; but whilst the shoppers are queueing outside, rattling on the doors, something else is happening. In the background we catch snippets of news reports which recall Day Of The Triffids and War Of The Worlds. Nobody has seen a meteor shower quite like this. Then the news reports change. People are starting to behave erratically. There is talk of attacks. Inside the store, nobody is paying attention, though Chris does wonder a little when asked to clean up some disturbing goo in one of the aisles. The next thing her knows, a customer is getting physical with him and baring her teeth. Soon the surviving members of the staff are pinned down in the back room, aware that they’re in serious trouble. Trying to access help, they receive only one, desperate piece of advice: don’t let the customers get together.

As you may have gathered, there’s a bit more going on here than in the average zombie flick. Director Casey Tebo grew up on B-movies and sticks to what he knows with what is closer to a Fifties monster movie, those more than usually mordacious shoppers being only a precursor to something rather more spectacular. One suspects that most of the film’s small budget has been spent on effects, with flesh which stretches, bubbles and transforms in a way that evokes the early work of Brian Yuzna. For fans of the sillier sort of gore, this will be the film’s main selling point.

Although the characters are nicely drawn with potentially interesting dynamics, they’re underwritten and most of the actors lack the experience to put the necessary flesh on their bones. As a result, the more dialogue-heavy scenes tend to sag and the comedy often feels flat. There are some highly entertaining moments but they’re too few and far between. Fortunately events move along at a reasonable speed, so you’re unlikely to find yourself getting bored, but it’s hard to get invested in the characters and this means that the action isn’t as thrilling as it should be – there just isn’t enough at stake.

Part of the problem here is that the Black Friday theme itself is too quickly abandoned. Early scenes which remind us how horrible shoppers can be to retail staff, especially on this sort of occasion, have a lot more bite than, well, the scenes involving actual biting, and if you’ve worked in a retail role then you’ll find a lot to relate to. The internal workplace politics also has some mileage but runs out of steam too quickly. Overall, the film feels as if it just needed more time in pre-production to sharpen up the script and rehearse – but if you have a soft spot for monster movies and like the idea of gore in a superstore, this could still work for you. It’s an amiable little film and you could do a lot worse. 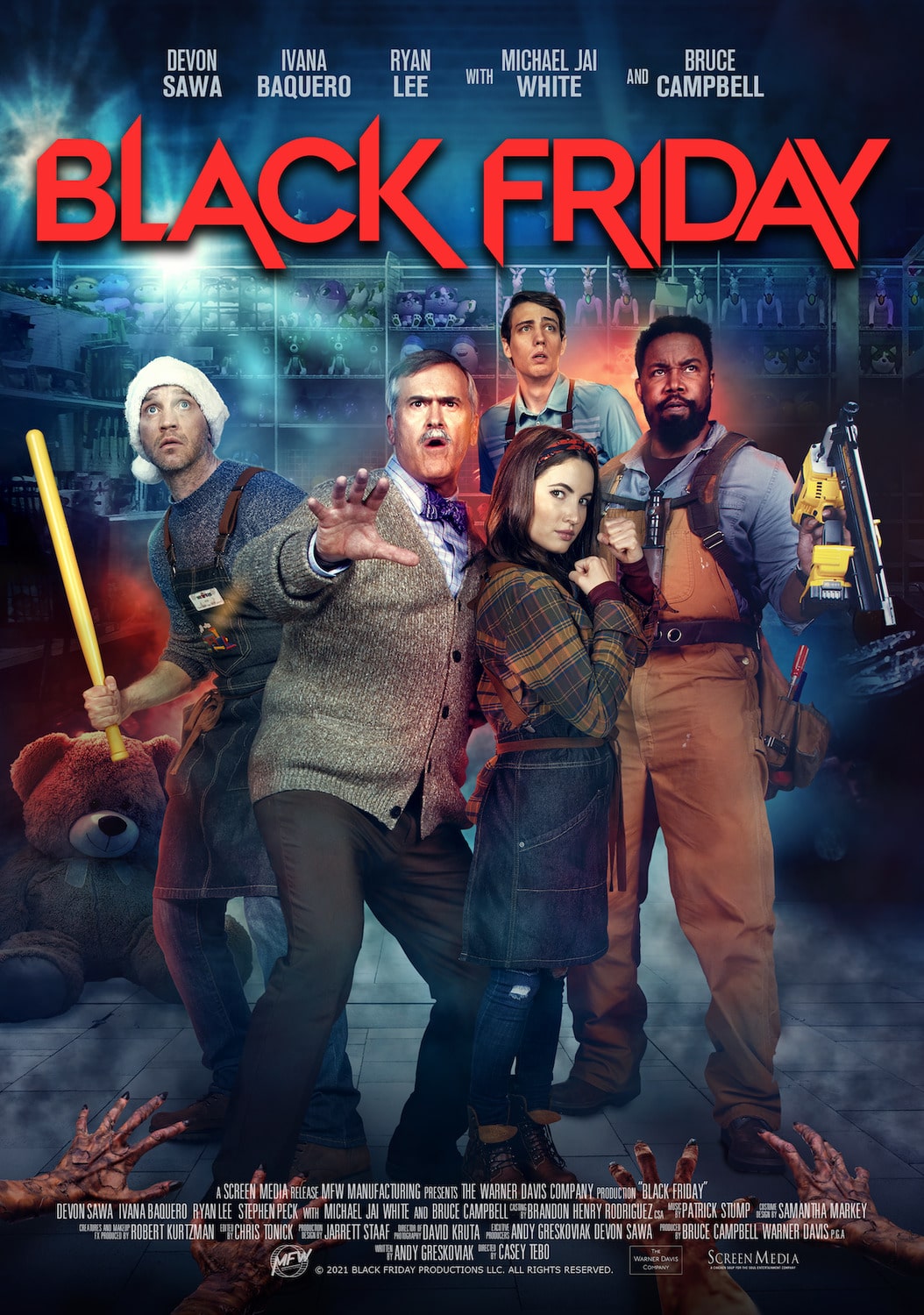 A group of toy store employees must protect each other from a horde of parasite infected shoppers.