Antlers is based on a short story that's available here and while you can see the genesis of one in the other, adaptation even by a work's original author is a difficult beast. While much is made of the provenance of production this is less subtle than much of Guillermo del Toro's work and that includes the four colour excesses of Hellboy and the fascination with bodily functions of The Strain or Trollhunters.

There is much to admire. The shots of narrow roads cut through looming trees do much to convey how isolated this hill country is. The news is full of talk of oxycontin addiction and white supremacists, closed mines and unemployment,. This is country not just left behind but to rot. That this is then paired with a horror that leaves behind the root evil of the short story to appropriate from Native myth seems doubly an insult. Not just to communities that deserve better than hillbilly elegies but to the subtleties of supernatural storytelling where elements of legend are cribbed for visceral horror.

In an opening narration in translation the eagle-eared may hear a word that gives away the nature of the threat. They are later named explicitly in a role given to Graham Greene as former sheriff Warren Stokes. His is the only Native voice though Keri Russell's Julia and Jess Plemon's Paul are from the town. She a teacher returned from California, he now the sheriff as much by accident it seems as design. They share a house with a history and their relationship is one of many additions to that short story.

It cannot do what film does and show a car alone on a black line of civilisation with only the faint red and blue wash of law and order to mark the borders to the woods. It cannot in text give that gradual imposition of the definite that fog becoming cloud on hillside does. It cannot help but give the minds eye perfect focus and all the benefit of suspension of disbelief that film must earn with every frame of effort.

I wouldn't suggest you read it. Not because it isn't good, Nick Antosca sketches it out efficiently. He has extensive writing credits in horror TV. There's a form of description that seems born of screenplay deployed in it, also the easy detail of someone freed from having to clear likeness or merchandising rights. Its central themes are the same but details I found compelling in it are gone and that's not the film's fault. In creating something differently monstrous from the same roots I can only lament branches not taken because I know of them.

Antlers pierces without. Henry Chaisson and director Scott Cooper also have writing credits, Chaisson has several horror shorts and some producer credits but this is a first feature, Cooper has directed some big names previously, many within rustbelt decay. I have some unease about stories that leverage indigenous fable in general but knowing that it was an addition to to the story exacerbates it. That it is perhaps dressing and flavour and not accurate to those myths is salt to the wound.

Of which there are plenty. Jeremy T Thomas as Lucas Weaver makes a tremendous feature début. He is the middle bear, the peacemaker, small and still and even when the camera is close distant. It's an astonishing performance, haunting. It is easy at once to see why he is lost in the system and captures the camera as if in a snare. When his teacher starts to investigate his circumstances we are in effect returned to the mine of the opening sequence. Things are hidden. Not just decay, criminality, red flares lighting the way to the meth lab, but something older, darker, deeper.

There are tunnels through to the old works. Drainage ditches unmaintained. The town, as much as it is, is cut into the hillsides of the Pacific Northwest and the hillsides are creeping back. Old growth and aluminium siding, trailer parks and park trails, the wild and the feral. Frontier not just because there is a border but in the distance from civilisation. Not only the lack of authority and proximity from this outpost of failed industry but signposted financial and moral decay. Rot within, rot without, where the lack of green from GDP is writ as certainly as gangrenous foreclosure.

Buried in this (psycho)geography, other revelations. The siblings, sheriff and schoolmarm, have had marks left on them by the town. Uneasy as it stands among what might be due a strobe warning is also due one for child abuse, including sexual abuse. I was discomfited by the way that was presented in flashback, not just at the level of what I think was intended unease but at the framing of it. Variously Antlers lets what might have been subtext break the surface but in doing so undermines subtlety and overmines tapped out seams.

There are bits where outcome seems inevitable. One scene with torch and door I could feel telegraphed in my bones, the swing of door, the creak of torch, the movement in one place that is the prompt before the inevitable cut and jump scare, and even with that rhythm of genre in the wires I leapt in my seat like one of Galvin's frogs. There are moments of genuine suspense and in Thomas' performance real unease. His shoulders are narrow but they carry the best bits of the film.

This is a simple enough tale and its ending seems infected less with mystery ongoing than sequel potential. It does have scares but those will not be for everyone and I think in its choice of antagonist Antlers has made itself differently uncomfortable. It may also have fallen into a rut, though here our biggest bad wears a new face it has behind it a somewhat familiar tail. The creature effects are striking but between the grime and grasping I found myself thinking of how the effects of An American Werewolf In London haven't really been surpassed 40 odd years on, how the veins and sheens of makeup have reflected internal issues in tune with the humours of industry. As a showcase for young acting talent it is a wonder but as for the whole? Wherever those isolated roads may wend, I go elsewhere. 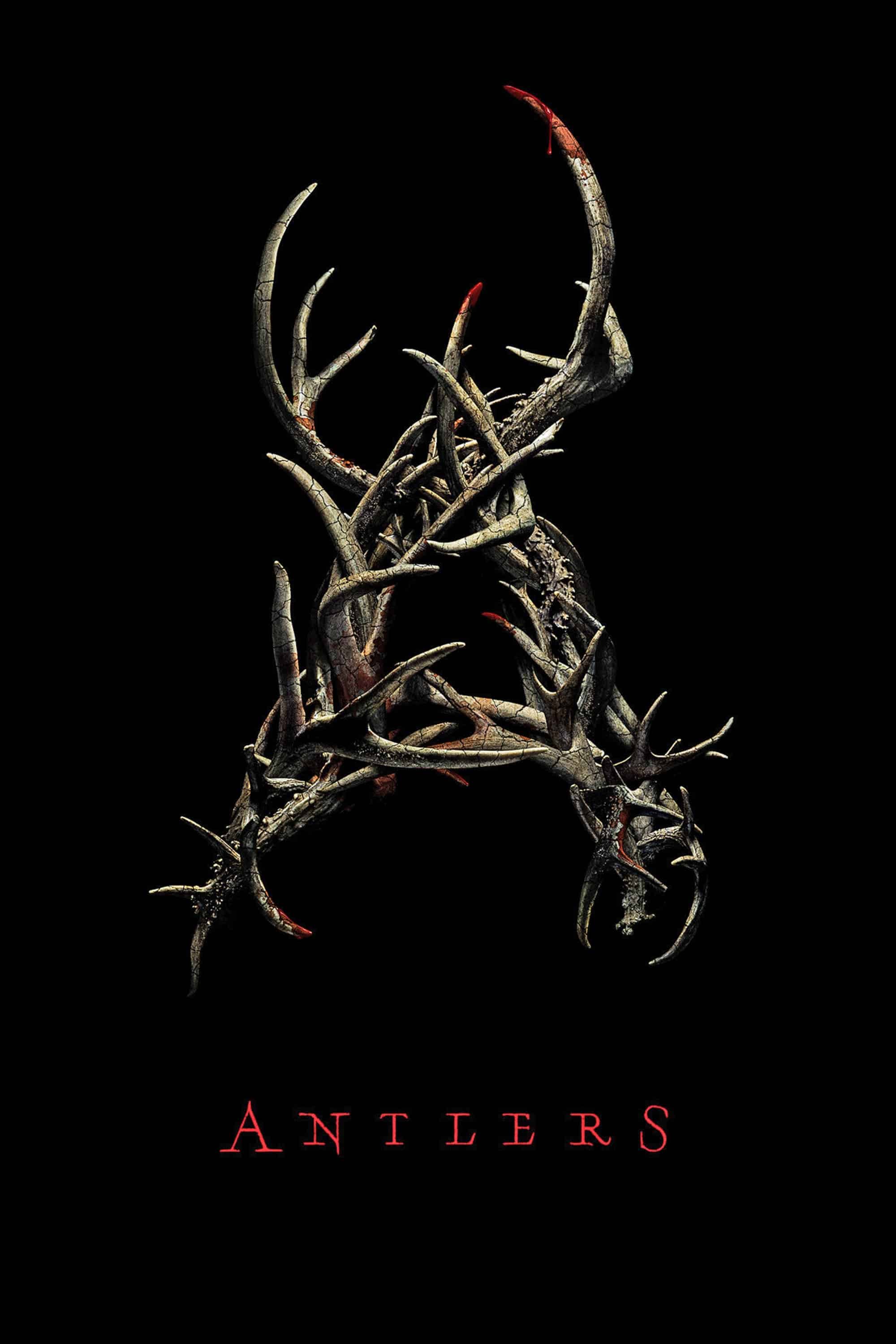 In an isolated Oregon town, a middle-school teacher and her sheriff brother become embroiled with her enigmatic student, whose dark secrets lead to terrifying encounters with a legendary ancestral creature who came before them.