“Does she think she’s black now?” sneers Denise (Shannon Dang) as Eng (Terry Hu) enters a classroom sporting her new dreadlocks. Eng may be inspired by fashion associated with the hip hop music she loves, but she’s not just another white girl trying to look cool; she’s an ethnically Chinese American in search of an identity, a way of expressing herself that other people will accept, and that’s not easy. She does’t speak Chinese so other kids use it to mock her when she’s in the same room. Most white and black kids, however, treat her as an outsider, as if she were not fully American. Alongside music, her dearest love is basketball, but it’s not easy to feel like part of the team.

Writer/director Erica Eng rooted this Oscar-qualifying short film in her own experiences growing up in Oakland, whilst producer Simran Mahal brings Indian American experience, with the two finding commonalities in their conflicted senses of identity. What makes the film interesting is that it goes beyond simply depicting Eng’s struggles to explore how far she’s willing to go to fit in, and how quickly she adopts the behaviour of the bullies when it seems as if it might enhance her social status. This is uncomfortable to watch not least because she’s uncomfortable with it. Is this what it means to be an American?

As the most vulnerable member of the basketball hierarchy, it’s Steph (Amber Gaston) who falls foul of Eng’s attempts to move up, despite initially showing her sympathy. She too is experiencing minority stress, but of a different sort, and the way she takes out her anger at a perceived betrayal demonstrates that she hasn’t quite grasped the nature of what Eng is going through. Gaston is particularly impressive but Hu makes a strong lead in a film with a big focus on emotion.

The basketball scenes here are strong, with Erica Eng displaying a knack for storytelling through movement, and at just 17 minutes it’s pacey throughout. It’s a film that will speak to the descendants of immigrants worldwide but that anyone who failed to fit in at school will connect with to some degree. The specificity of cultural signifiers gives it a nostalgic quality, and although we only get a snapshot of the characters’ lives, their stories are full of import. 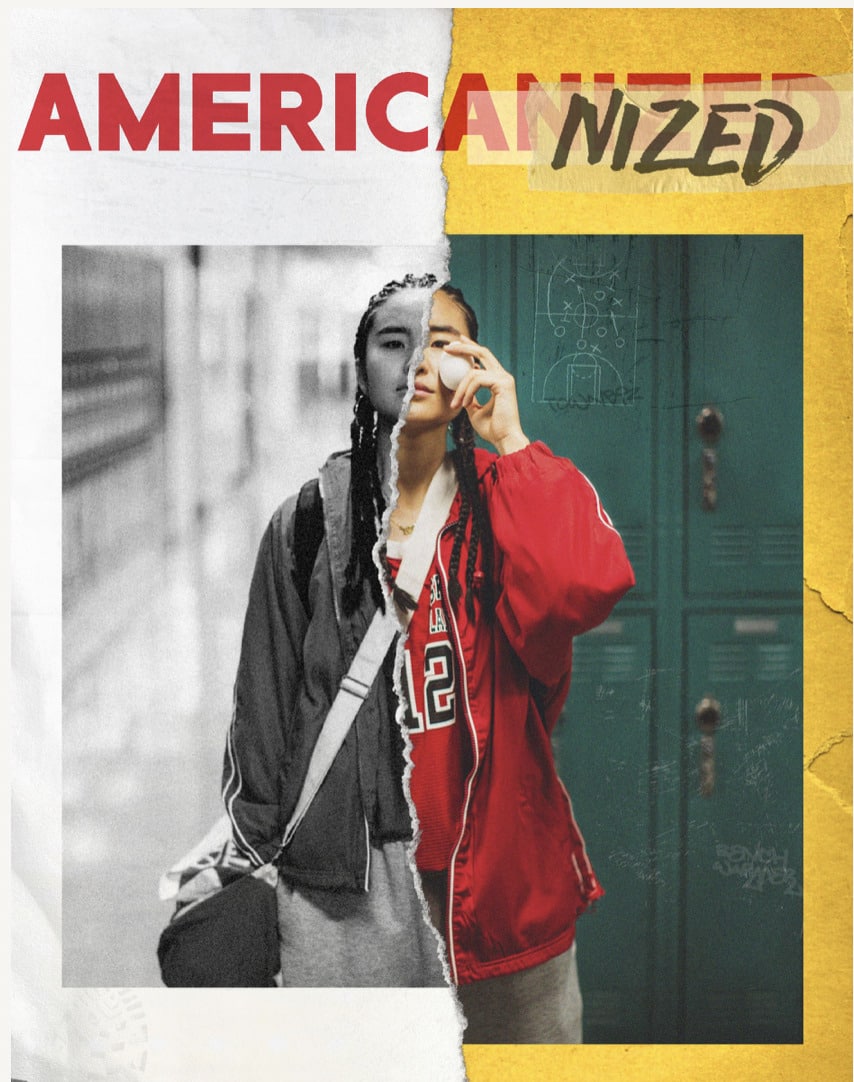 A teenager struggles to fit in, finding herself caught between the Chinese and American aspects of her identity.