The works in the 2011 TFF short film lineup are eligible to compete for combined cash and value-in-kind prizes totaling more than $15,000 for Best Narrative Short, Best Documentary Short and Student Visionary Award.

The recipient of the TFF Best Narrative Short award will qualify for consideration in the Short Films category of the annual Academy Awards® without the standard theatrical run, provided the film otherwise complies with the Academy rules.

Each selection is put into a themed programme, and they are listed below. Which programme a short falls into is listed in itallics. Student films are marked *:

One Day I Forgot And Used My Hands and One Over Wanderlust
Noreen (Year: 2010; Director: Domhnall Gleeson; Writer: Domhnall Gleeson; Stars: Brendan Gleeson, Brian Gleeson, Gerard Byrne), Official Site
Two cops discover a dead body in a cottage and get more than they bargained for.
Mix Tape. New York premiere
Not Over Easy (Year: 2010; Director: Jordan Canning; Writer: Jody Richardson, Jordan Canning; Stars: Rachel Wilson, Aaron Poole), Official Site
Love isn't what it's cracked up to be.
All You Can Eat. New York premiere
One Day I Forgot And Used My Hands (Year: 2011; Stars: Ethan Chia), Official Site
Children use their hands to make a telescope, so why can't a filmmaker use his hands to make a lens? It works!
Impressions Of Memory. US premiere
One Over Wanderlust (Year: 2010; Director: Brendon Kingsbury; Writer: Brendon Kingsbury)
There are two characters in this story, the past and the present. Present knows past, but past does not know present. With nostalgia as their language, a mutual realisation is sought.
Impressions Of Memory. New York premiere
Paper (Year: 2010; Director: Egill Kristbjornsson; Writer: Egill Kristbjornsson), Official Site
An experimental short film designed to explore texture in moving image.
Impressions Of Memory. World premiere* 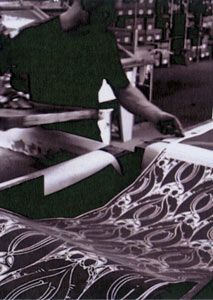