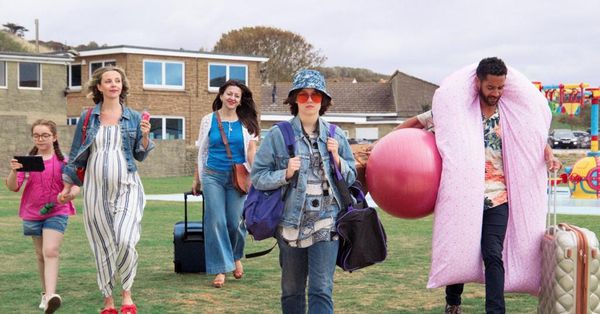 The country's leading youth film festival with programming selections made entirely by young people themselves is back at the GFT, opening with coming-of-age comedy Sweetheart. It introduces a new industry strand aimed at supporting young people who want to pursue careers in film, there are special guests including Jonathan Butterell, Jamie Campbell and Abid Khan, and the film line-up promises plenty of fun for kids of all ages.

Everybody's Talking About Jamie
A teenager overcomes prejudice to fulfil his ambition of becoming a drag queen.

Death Becomes Her
The rivalry between two ageing actresses only becomes more bitter when they acquire the gift of eternal youth.

Sweetheart
A socially awkward, environmentally conscious teenager is dragged to a coastal holiday park by her painfully family, where she becomes unexpectedly captivated by a chlorine smelling, sun-loving lifeguard.

Hearts Beat Loud
In Red Hook, Brooklyn, a father and daughter become an unlikely songwriting duo in the last summer before she leaves for college.

Willy Wonka And The Chocolate Factory
A little boy wins a golden ticket to visit the secret workings of a chocolate factory.

Do The Right Thing
Racial tensions come to the boil on the hottest day of summer in Brooklyn.