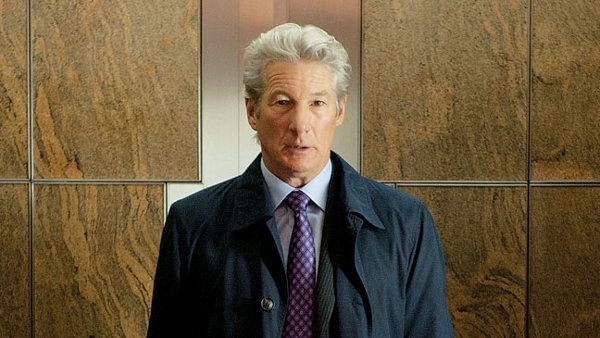 The end of September can only mean one thing - the beach is back. San Sebastian's Film Festival has kicked off its 60th edition in star-studded style, with the mixture of movies as eclectic as the piles of tiny pintxos that line the bars of the town.

Richard Gere and Susan Sarandon got the party started, accompanying Arbitrage and its director Nicholas Jarecki to town. The film - referred to in Spanish by the rather more direct and engaging title of El Fraude - has no UK release date yet, which is a shame as this fine thriller deserve to reach our shores.

Gere plays family man and company boss Robert Miller, who finds his hedge funding has got him into trouble. The question is, can he convince someone to buy his company and thereby avoid financial ruin before it is too late? Plus there's the small matter of the fact he's also cheating in his home life - a situation that blows up spectacularly in his face.

Gere is getting better with age. The lived-in look suits him and he holds this film tight, appearing in virtually every scene. Sarandon is the perfect match for him - her role may be smaller but she makes the most of it. The film is a damning indictment of how transactional life can become for the amoral super-rich. When someone asks Robert if he think money's going to fix it, he replies simply: "What else is there." Jarecki keeps the money talk understandable and minimal, cleverly pinning his film on a tense mix of police procedural and thriller - by far the best fiction film I've seen on the subject of the economic crisis and one that would make a terrific double bill with The Queen Of Versailles.

The press conference afterwards was a lively affair, thanks in no small part to Gere and Sarandon's sparky rapport, with Gere saying: "We still argue about what happens after the last cut." Jarecki chips in to say he enjoys "watching them argue" and, on cue, the mock battle begins, with Gere suggesting "Susan just doesn't understand this film at all," as Sarandon demonstrated an aptitude for talking across him, as they both simultaneously staked their claim on why their characters have the upper hand.

The conversation also took a turn to politics, with both more than happy to talk about them.

Both suggest that this is more of an "interior question" than a political one.

All in all, the lengthy press conference, which you can watch at the bottom of this article, is well worth 50 minutes of anyone's time.

I'll leave you with this thought from Susan Sarandon regarding the next project she'd like to work on with Gere.

"I want to do something next where we don't know one another, where we don't meet and when we're both bad guys. I'm looking for that script if anyone has it."