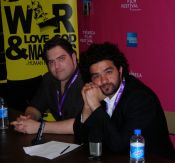 Mohammed Al-Daradji meets with us for a roundtable session

After seeing Somers Town yesterday, I'm really pleased I signed up to the press round tables with Shane Meadows. He certainly doesn't disappoint. You can read the edited highlights here, but what particularly comes across is his enthusiasm both for the project and for his young cast. Although not overtly political, he clearly feels that the system fails too many kids and that if many of them, such as Thomas Turgoose, were just given a little more opportunity and mentoring, their lives could change for the better in hardly any time at all.

Next up is a round table session of a very different kind - with Mohammed Al-Daradji, director of Ahlaam and the accompanying documentary War, Love, God & Madness, which will hopefully get a turn at the UK box office. Festivals could do a lot worse than show both of them as a double-bill, since they fit hand in glove with each other. Since Ahlaam has already had an arthouse run in the UK, I have the advantage over the US journalists here, and I'm able to ask questions about both of the films. You can read the edited highlights here.

It's interesting to hear that Al-Daradji used the film as a form of psychiatric relief from the trauma that he suffered to make the film. As he says in his directors statement: "I knew this was my answer to clear the past from my head, cramming three years of my own self-medicated filmmaking therapy into 72 minutes of film for the world and God to see. This film is a personal journey fr me and I guess my way of healing sa I try to paint the picture of the world around me and within myself. This film has alowed me to explore myself and make sense of the war, love God and my own madness."

These roundtables, though fascinating, eat seriously into the day leaving just enough time to catch one press screening - but it turns out I make a great choice by opting to see Strangers, which I heard good things about at Sundance. It's a poignant and touching film about an Israeli man and Palestinian woman who meet by chance at the World Cup in Germany and begin to fall in love. The ongoing conflict between their communities provides a strong and haunting backdrop but it never feels as though you are being beaten with a political stick. Rather this is first and foremost about two people trying to reconcile a shared history of horror and forge ahead together. 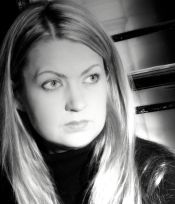 I finish the day with a chat with Erica Dunton. One of the handful of British directors out here, she has brought her film about a rock star learning to cope with grief, The 27 Club, for its world premiere. I'll be seeing it tomorrow but try to ask some vaguely intelligent questions regardless. Look out for the Q&A coming soon. When I ask her about distribution she says she is very hopeful, although acknowledging that it may not sit easily within a specific genre she is convinced it will "find its own way".

I'm awake bright and early on Day Four, courtesy of the timpani section outside my room at the YMCA (yes, young girl, there's a place you can go...). The rain is beating a steady rhythm off the air-conditioning unit and accompanied by the bassi profundo roar of the ducts for half of the floor, which are just outside my window. Still, early start means more movies, so that can't be all bad.

I kick off with a session in the press screening rooms. Its always slightly odd watching films in places like this, since the urge to look at what other people are watching is strong. Fortunately, I'm soon too swept away by the content of Spanish thriller Fermat's Room to be distracted. The story of a group of mathematicians trapped in a shrinking room is reminiscent of those great Agatha Christie adaptations in the 1970s. The way directors Luis Piedrahita and Rodrigo Sopena use the claustrophobic setting to their advantage is particularly impressive, since closed sets such as this can often give things a stagey feel - not so here. Pacey and perfectly plotted.

I decide on a change of gear for my next film and opt for Melvin Van Peebles' latest. Despite having the most awkward film title of the festival - Confessionsofa Ex-Doofus-ItchyFooted Mutha (yes, it really is spelt like that) - it turns out to be something of a gem, though I suspect there are many who won't be able to cope with the central conceit. It came to me recommended by someone I met in a bar who told me he'd been up to VP's house to see some of the scenes from it. He also told me that VP has a room in which half a Volkswagen van sticks out from one wall. I really hope that's true, since it sounds just like the sort of thing directors of a certain age should do with their homes. 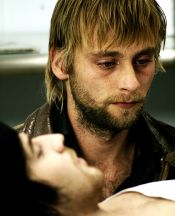 Back at the film, mind you, the conceit I was referring to is that this odyssey - about a black man's travels from Harlem to the high seas and back again (all played by the inimitable VP himself) - features him recollecting his life but playing himself at every age. It's so playful and inventive you would think it was directed by a newcomer to the business rather than someone with 50 years of filmmaking under his belt. It features a raft of techniques and is really sharply edited with good use of animation to help the story flow. When I take the disc back to the press desk, I'm told several journalists didn't make it past the first 25 minutes. More fool them, I say, they should go back to critic school and learn to try harder, since it is precisely by sitting through the first 25 minutes or so that you get into the rhythm of the piece as a whole. Funny, free-thinking and well worth a watch.

Then its time for The 27 Club. There are things about the story of a rock star who hires a grocery clerk to drive him across the States, grieving along the way, that I like. Certainly the acting is good all round and the look of the film is lovely. It feels light on plot, however, and relies heavily on flashbacks which are rather distancing. It could also do with trimming back to a shorter runtime as the pace is too slack in several places.

I wrap up the day with The Wackness - another fim that was getting a lot of buzz at Sundance. I'm the first to admit I've rather gone off Sir Ben Kingsley lately, he seems to be playing far too many 'panto-style' villains for his own good and I thought his performance in War, Inc. was particularly dire. However, never let it be said that I don't always like him, since he's great here as a doped up shrink with a failing marriage, who trades therapy sessions for weed with young drug pusher Josh Peck. The film is set in 1994 - who knew nostalgia could come around so quickly - so the New York air is filled with hip-hop slang. Although occasionally trying a little to hard, the script is smart, satirical and snappy and the eccentric characters of the drugs world come thick and fast. Peck and Kingsley are perfectly cast in this Odd Couple relationship. It's out in the UK soon which is definitely a good thing for those of us who would dearly like a break from Judd Apatow. Word.

A Brixton Tale The Collini Case Copshop The Djinn Giddy Stratospheres Herself Inferno Rosso: Joe D'Amato On The Road Of Excess The Lost Leonardo The Maltese Falcon Mandibles Ninjababy No Man Of God Paper Tigers Prisoners Of The Ghostland The Servant The Wicker Man Yakuza Princess

Mondo Hollywoodland Everybody's Talking About Jamie Collection Death Becomes Her Roots Giddy Stratospheres Copshop Mr Klein Inferno Rosso: Joe D'Amato On The Road Of Excess Occupation: Rainfall Sing To Me Sylvie The Blind Man Who Did Not Want To See Titanic Inexorable Royal Jelly The Wheel Herself The Hole In The Fence The Servant The Lost Leonardo Django & Django

Getting her due Marianna Palka on the debt industry, making room for women, and Collection