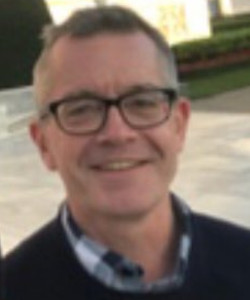 Rory Ford is a freelance journalist based in Edinburgh. He has been a professional journalist for more than 20 years and has written for The Scotsman, The Scottish Sunday Times, Scotland On Sunday and The Edinburgh Evening News, where he was both arts editor and - later - the regular film reviewer. Read more of his work at Contently.

Marlina The Murderer In Four Acts
A woman seeks revenge after she is raped.

The Pillar Of Salt
Story of a reclusive woman who, on rare trips outside her home, searches for her twin sister.

Minus One
Police officers face a life-changing night when they pick up a semi-paralysed, mentally unstable man.

Winter Brothers
Two brothers embark on a violent feud with another family.

Western
A group of German construction workers on a job in Bulgaria begin to compete for the approval of the locals.

My Short Words
Three kids decide to go on a bike ride to swim in a lake... but the journey won't be as easy as they think.

Donnie Darko: The Director's Cut
Extended version of the cult movie about the twilight zone of adolescence.