Just as carving up birthday cake into equal pieces tends to be a trick few can manage, multiple character films take a lot to pull off. Somehow one character's slice of the emotional action always seems to be more interesting than the others. And the biggest problem with Ryan Piers Williams' latest is that, although it is nicely shot and well acted, the characters with the most going for them are given the least screentime.

The New Yorkers in question are four bright young things on the hunt for happiness. Williams stars alongside his wife America Ferrara as Mark and Sylvia - a couple on the verge. He moves out and camps on the sofa of friend Jake (Jon Paul Williams), whose under-explored character is marked out by only two traits - bisexuality and the desire to sleep around to erase the memory of lost love.

By far the most likeable character is Jen (Melonie Diaz, who's star ought to be on the rise thanks to her sympathetic turn here and in Fruitvale Station). She's a pal of Sylvia's, who arrives after Williams has moped about too long with her friend and Mark. Although unlucky in love and with a weakness for retail therapy she can scarcely afford, there's something intrinsically likeable about Jen, marking her out from the other characters, whose unhappiness seems entirely out of proportion with the lives they're leading.

We want to spend time with her as she enjoys a meet-cute and long for her return when she's gone. As for the others, their stories are less X and Y than a big long ZZZ. 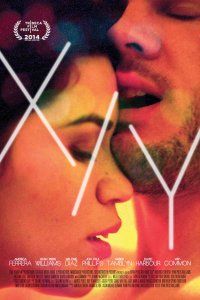