A familiar story gets an injection of life from a fresh setting in Nisan Dag's second feature, which like the recent Venice Critics' Week winner Ghosts, unfolds against the backdrop of poverty level Istanbul. It is here that wannabe rap star Fehmi (Oktay Çubuk) grapples with the two forms of escape he has on offer - his music and drugs, while Dag bolts on an 'across the economic divide' love story for good measure.

The rap that is used throughout the film was written by Turkish star Da Poet and has a gritty street-level authenticity, as it tackles the same issues that Fehmi is facing up to in the real world as he and his rap partner Yunus (Eren Çigdem) gain a following online - their lyrics "hold on to words or you'll fall into the abyss" summing up much of what Fehmi is up against. The drugs in question are from the synthetic "zombie drug" category, leaving the taker virtually comatose after smoking - a major problem if the trade you want to ply relies on hustle and flow. Dag makes interesting use of animation to take us into Fehmi's head space when he's high, showing that the 'escape' he is looking for is in fact as much of a nightmare as any sort of release.

Fehmi is doing a bad job of concealing his addiction from those around him - including his closeted gay brother Erdem (Ushan Çakir) and Yunus - when he has a chance encounter with Devin (Hayal Köseoglu), a DJ from a much posher part of town. In the spirit of older teen audiences at which it seems this film is chiefly aimed, the pair of them hit it off and it seems as though romance will also offer an alternative to the drug taking, but as Fehmi starts to spiral, the question also becomes, who else will he take with him?

Despite the female director, this is a very male-centric film, with everyone seeming a little over-willing to constantly forgive Fehmi and try to get him back on the straight and narrow. "He's fragile," Devin is told, as though it will be her fault if something goes wrong, althoughCubuk brings a sort of cocky charm to the role that helps you go with the idea that others wouldn't just cut him loose. Dag is in danger of over-stuffing the film, with the subplot around Erdem's sexuality feeling more like an issue she wanted to add to the checklist than an organic part of the film. But the loose and flowing camerawork from John Wakayama Carey and the insistent, energetic rap help to power the film past its more cliched moments. 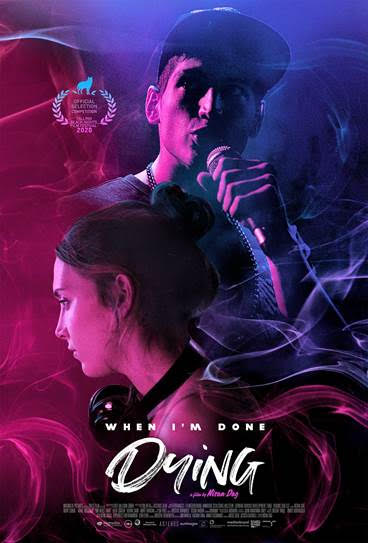 Set in a rough neighbourhood of Istanbul, the story follows Fehmi, a talented 19-year-old rapper who is addicted to bonzai, a cheap synthetic and deadly drug, jeopardizing any success for his music career.