Thanks to a silver screen renaissance over the past decade and the runaway success of HBO's The Walking Dead, zombies have never been hotter, literally in this case. It was only a matter of time before someone applied the Twilight formula - take something normally scary and make it cute and cuddly - to reanimated corpses, but Warm Bodies overcomes any cynicism horror fans might harbour towards it through genuine affability and winning performances.

As well as some humanising innovation, Isaac Marion's source novel is responsible for some of the film's unavoidable gaps in logic (even beyond the usual suspension of disbelief required to buy into the dead returning to life), but 50/50 director Jonathan Levine just about keeps his genre hybrid stitched together, despite failing to match recent predecessors like Shaun Of The Dead and Zombieland for thrills or laughs, though coming crucially close on heart.

R is a corpse on cruise control, still able to think but barely to function, rambling aimlessly around the abandoned airport he shares with the undead community as he ponders the purpose of it all. A routine scavenger hunt towards the walled city sees his pack of corpses stumble upon some similarly foraging humans, leading to a skirmish where R ends up chowing down on an unfortunate young guy's brains. As his dinner comes back on him in the form of his victim's memories, R sets eyes on Julie, and a protective instinct inherited from his brain-food takes over, stirring long-forgotten feelings of love. Hiding out in R's aircraft quarters, Julie hesitantly grows to trust the ghoul, sensing something more behind his eyes than she ever thought possible in a zombie. When R tries to get Julie back to the safety of her city, the pair notice a gradual change in his pallor and powers of reason: he seems to be becoming human again. But Julie's gung-ho father and an army of mindless, flesh-starved 'bonies' could prevent them from using their discovery to save both of their races.

In a sub-genre built upon an already ridiculous concept, the plethora of brave additions to zombie lore here vary from agreeably imaginative to jarringly nonsensical. While its invention pales in comparison to Let The Right One In author John Ajvide Lindqvist's Handling The Undead (the film adaptation of which has been trapped in development hell for years no doubt due to its even more out-there ideas and hard-to-grasp tone), Marion's original novel has undeniably come up with the best excuse for brain-munching since Return Of The Living Dead.

For Dan O'Bannon's satirical Romero tribute, the dubious delicacy was like a drug that eased the pain of being dead, whereas here, it gives the zombies a quick window into their victims' lives, making them feel momentarily human again and ingeniously rendering their cannibalistic desires as sympathetic (the addictive narcotic aspect of this is downplayed in deference to the easily patronised teen crowd, but could perhaps have made things even more interesting). Having the zombies continue to think rationally while their bodies struggle to keep up is also a masterstroke, gifting us R's sardonic voiceover and existential musings as well as allowing us to relate to their existential plight: who doesn't feel like a zombie sometimes?

Elsewhere, the success of the inventiveness can basically be split into the two genres at work: the romantic spin put on the zombie lifestyle works surprisingly well, literally pumping new blood into the undead drama, but the additional horror element introduced by the 'bonies' is as hollow, unnecessary and as unconvincing as they are themselves. How these blind, skeletal monsters manage to be so much more limber than their recently deceased peers beggars belief, and their execution is hampered by some creaky CGI and bland design. The mostly traditional zombies are frustratingly inconsistent too, some seen running in flashbacks (although this could be explained by their recent revival), while others fail to notice Julie's presence for no good reason other than her proximity to smelly old R. On the visual front, it's all suitably drab but curiously lacking in identity, with much of the make-up faring pretty badly at close quarters.

For the most part though, the focus is kept firmly on the shifting dynamics between zombie and human for a new take on some classic literature (specifically alluded to in several sweet touches). This is probably a wise choice given the limitations set by the teen-friendly certificate Levine has obviously had to aim for, although he does push the boundaries with his head-blasting, flesh-tearing and brain-bingeing opening. The burgeoning romance is delicately handled, with communication made possible through crowd-pleasing pop culture references (vinyl records and Fulci's Flesh Eaters play a part) while bittersweet flashbacks flesh out R's confusing new-found feelings. As the relationship grows more complex, the bond between R and Julie becomes genuinely touching, both characters learning from each other as they move towards unifying their opposing 'families'.

Of course, Warm Bodies is also pitched as a comedy, and how much it tickles your ribs will likely depend upon which demographic of its far-reaching target audience you fall into. The horror homages aren't integrated as well as they have been in similar efforts and will occasionally feel too recycled for aficionados, but the more broad humor has a universal appeal that will win over exactly the sort of people who would normally never go near a zombie flick (or a zombie fan for that matter). The airport set allows for some well-observed satire of such a familiarly frustrating location, and there are plenty of little situations that raise a smile, but the comedy isn't as finely tuned as it was in Zombieland or as riotously absurd as it seemed in Shaun Of The Dead (neither of which come close to rom-zom-com pioneer Braindead, of course).

Teresa Palmer does a mean K-Stew scowl, but thankfully she's nowhere near as insufferable as the Twilight growler, while solid support comes from a stern John Malkovich as Julie's gun-toting father, Dave Franco as her deceased boyfriend and Rob Corddry as the moderately scene-stealing M, R's best zom-buddy. But this is really Nicholas Hoult's show. He rises to every challenge the script throws at him, whether it's the world-weary but entertaining narration or the shift from misunderstood monster to noble hero and eventual hunk. An excellent dragging-up scene comes as a brilliant reminder of what a complete package the young Brit represents, and on this evidence his star is only going to continue to rise.

After a shaky but promising start via indie slasher All The Boys Love Mandy Lane, Jonathan Levine could well build up a fan-base with his genre-straddling comedy-dramas, but his style is perhaps a tad obvious, regularly falling back on his hipster soundtrack and slow-motion close-ups to emphasise exactly how the audience should feel at important moments. His sprinkling of flashbacks is more effective, with some genuinely poignant glimpses into the life that sparks R's own back up again selling the central conceit, while his handling of some pretty standard action/horror schtick is actually fairly impressive. All the novelty on display can't mask the gaping plot holes and several shamelessly pilfered details - the story-line steals from Bub's progress in Day Of The Dead as well as the walled city of Land Of The Dead, while the inter-species romance set in the shadow of the military echoes Brian Yuzna's Return Of The Living Dead III - but there's enough cheek and charm here to warm the coldest of hearts, even if it probably won't linger long in the brain. 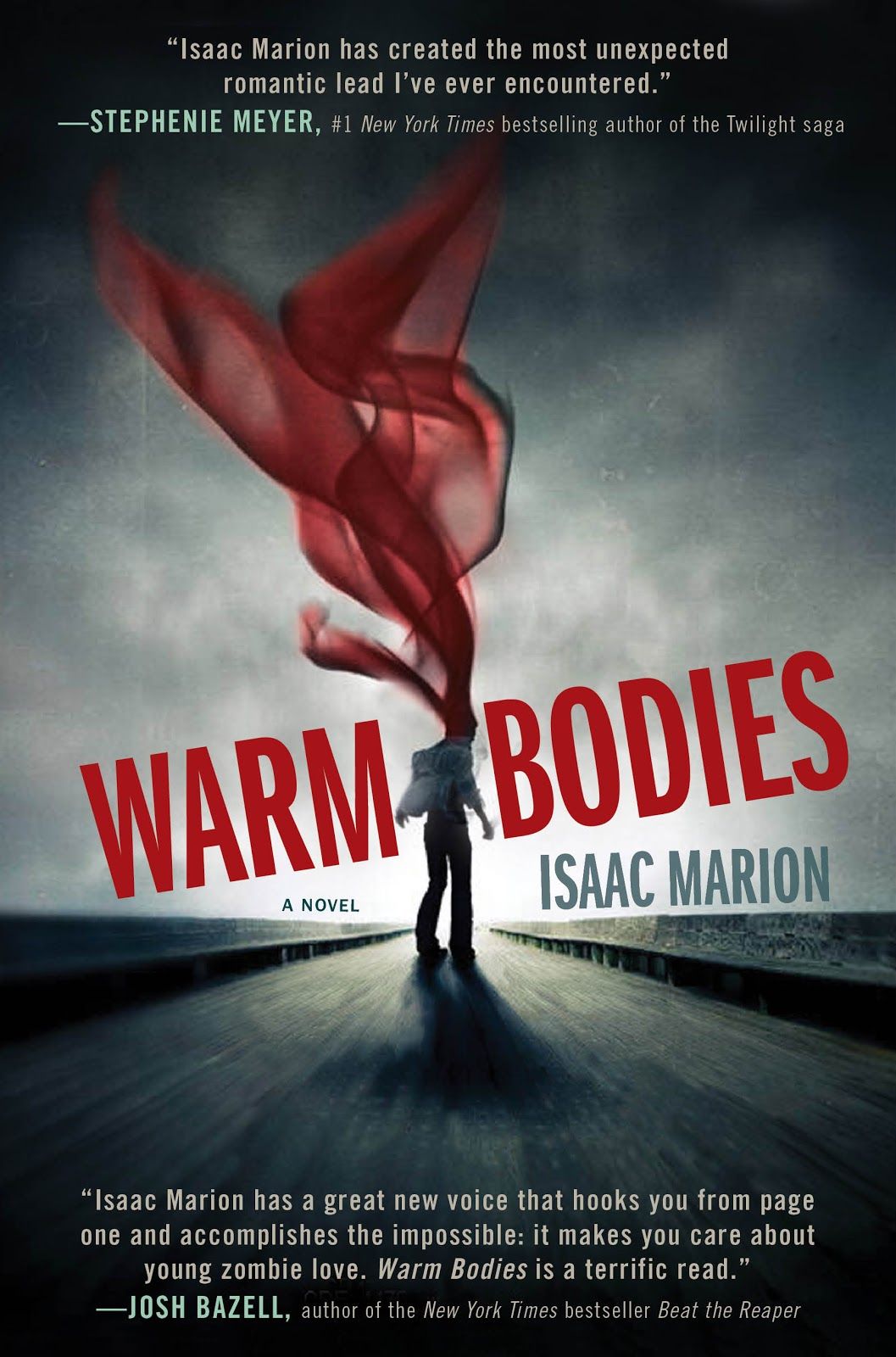 When a zombie falls for a human, there could be consequences for all the living dead.

Writer: Jonathan Levine, based on the book by Isaac Marion

Boy Eats Girl
Stay With Me