The Nest has the foreboding undertone of a horror film. And in a sense, it is just that — except all the violence is emotional and psychological. Sometimes the characters inflict it on each other, other times on themselves. Either way, its impact is palpable.

On paper, the story is about an English stock trader named Rory (Jude Law), who moves his family back to London after a time in America. However, that description doesn’t capture the undeniable feeling of doom and dread. No monsters or ghosts ever appear, but it wouldn’t seem all that out of place if one did — hell, it might even be a relief if an otherworldly creature were the source of the family’s misery, instead of Rory himself.

This is the second feature by writer/director Sean Durkin, who made a strong first impression at Sundance 2011 with Martha Marcy May Marlene, starring Elizabeth Olsen as a cult survivor trying to assimilate back into regular life with her family. If there’s a similar force at play here, it’s the cult of money. Rory, is 100-percent sold on the lifestyle of fast money, status symbols and conspicuous spending.

The story takes place in the 1980s, as the UK market starts to deregulate. Things aren’t going well for Rory in the US, so he uses this excuse to move back and restart his life in London with a whole new get-rich-quick scheme. Rory encounters two main obstacles: First, he isn’t nearly as successful as he pretends to be. Second, even if he were, it wouldn’t be enough. He lives in an eternal search for more.

Durkin frames much of the story through the perspective of Rory’s wife, Allison. Carrie Coon plays the role with an understated sense of unease and suspicion, often conveyed nonverbally. She not only listens to her husband with a doubtful ear, then her doubts become even greater when the stories of Rory’s boss and colleagues don’t line up with his version of events. The screenplay and direction deftly let the audience put together the pieces, making the discrepancies plain to see without hitting us over the head with their existence. A reveal involving a seemingly innocent family photograph may be the most devastating moment in the film, delivered with a subtle jab that makes it all the more haunting.

Some of the family members blame their giant new house on the turmoil that enraptures them, but the root of the problem really lies in the pressure of perception and Rory’s need to present himself not as he is, but as he thinks the needs to be. When he fails, there’s no creature in the closet to save him from the absence of his own self. 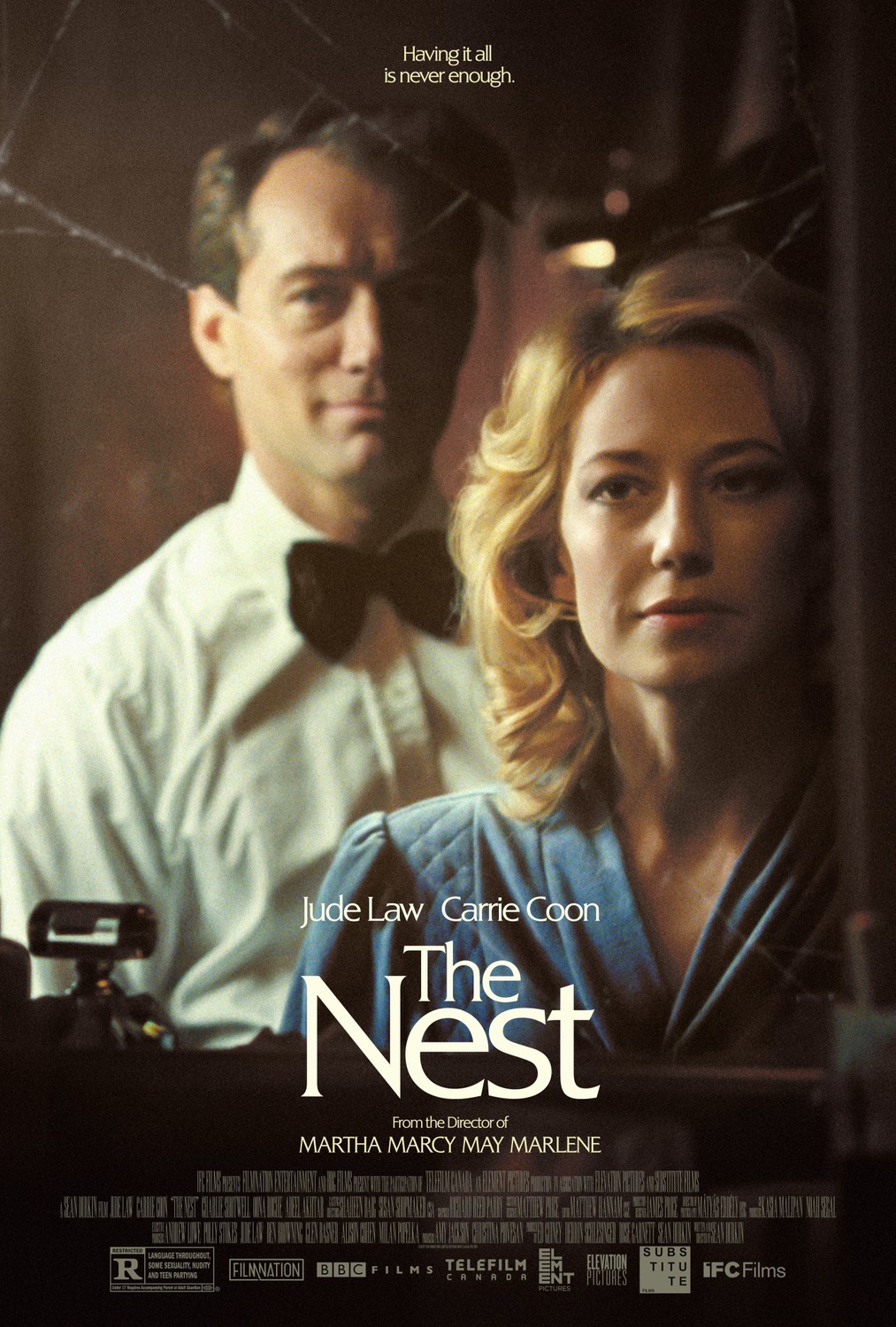 Charismatic entrepreneur, Rory, relocates his family to England with dreams of profiting from booming 1980s London. But as his wife, Allison, struggles to adapt, and the promise of a lucrative new beginning starts to unravel, the couple have to face the unwelcome truths lying beneath the surface of their marriage.